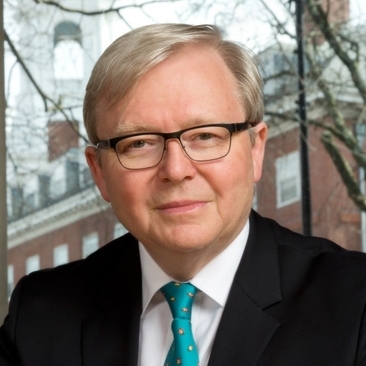 Groundbreaker Event. Please email Palarp Jumpasut at PJumpasut@asiasociety.org if you are interested in attending. Space is limited.

The Honorable Kevin Rudd is the incoming President and Chief Executive Officer of Asia Society, effective January 1st, 2021 and current President of the Asia Society Policy Institute. He served as Australia’s 26th Prime Minister (2007-2010, 2013) and as Foreign Minister (2010-2012). He is also a leading international authority on China. He began his career as a China scholar, serving as an Australian diplomat in Beijing before entering Australian politics.