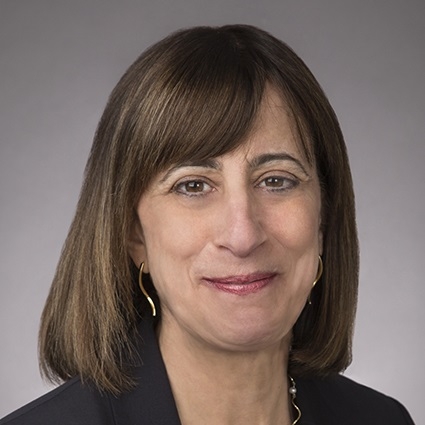 Join Asia Society Northern California for a conversation with Asia Society Policy Institute (ASPI) Vice President Wendy Cutler that will focus on the future of Asia’s trading landscape. Since the COVID-19 virus first emerged, it has impacted trade around the globe, but nowhere more so than in the Asia-Pacific region, where intricate supply chains exist.

Will growing calls to diversify supply chains or onshore some manufacturing accelerate trends that began during the U.S.-China trade war? What are the prospects for meeting the commitments in the Phase One deal between Washington and Beijing? Will the WTO be able to address the strains and challenges facing it, including in the health sector?

Demetrios Marantis, Senior Vice President of Global Government Relations at Visa will moderate. This discussion will be off the record.

We are opening this event to our global community, with priority access for our Groundbreaker and Innovator Members.

Link to join virtually will be emailed to guests the day before and an hour before the program is scheduled to begin.

As Deputy United States Trade Representative, he was responsible for U.S. trade negotiations and enforcement in Asia and Africa, including the Trans-Pacific Partnership (TPP), the Asia Pacific Economic Cooperation (APEC) Forum, the U.S.-China Joint Commission on Commerce and Trade (JCCT), the U.S.-India Trade Policy Forum and Trade and Investment Framework Agreements with countries ranging from South Africa to the Philippines.

Before the Obama Administration, he served as Chief International Trade Counsel for the Senate Finance Committee, advising former Chairman Max Baucus and members of the Finance Committee and Democratic Caucus on trade and economic issues. He joined the committee in February 2005 after serving as Issues Director on the Kerry-Edwards 2004 presidential campaign. Marantis spent 2002 to 2004 in Hanoi as Chief Legal Advisor for the U.S.-Vietnam Trade Council and between 1998 and 2002, Demetrios served as Associate General Counsel in the Office of the U.S. Trade Representative. He also worked for five years in the Washington, D.C. and Brussels, Belgium offices of Akin, Gump, Strauss, Hauer & Feld. He served as a Director at Overseas Private Investment Corporation.

Marantis holds a J.D. from Harvard Law School and an A.B. in Public and International Affairs from Princeton University.

Wed 10 Jun 2020
11 a.m. - 12 p.m.
San Francisco Time
Calculate your local time »
Register Now
Free for Members; $15 for Non-Members
20200610T110000 20200610T120000 America/Los_Angeles Asia Society: [WEBCAST] Executive Roundtable with Wendy Cutler on the Asian Trade Landscape amidst COVID-19 Wendy Cutler will focus on the future of Asia’s trading landscape. Since the COVID-19 virus first emerged, it has impacted trade around the globe, but nowhere more so than in the Asia-Pacific region.