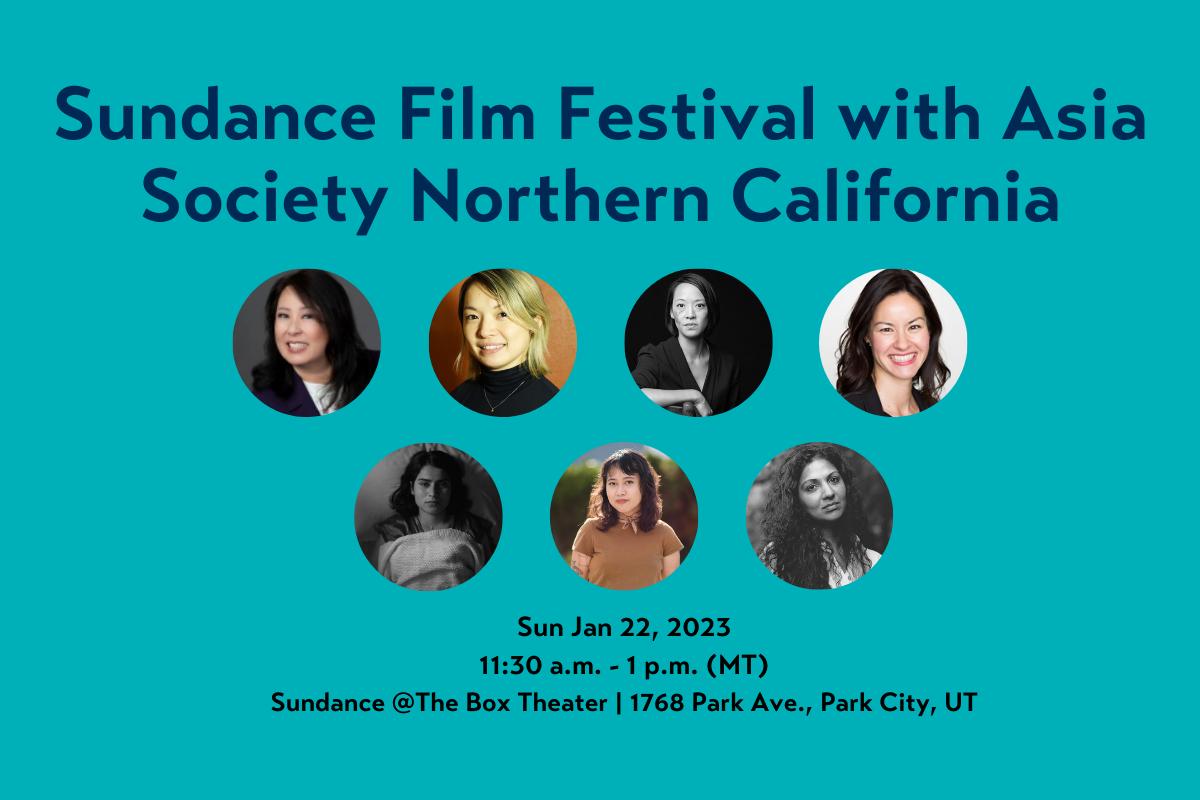 For the fifth consecutive year, Asia Society Northern California will spotlight Asian and Asian American filmmakers and talent at the 2023 Sundance Film Festival on Sunday, January 22, 2023 at 11:30AM MT at the Box Theater in Park City, Utah. This Lunar New Year we will welcome the Year of the Rabbit with Representative Karen Kwan of Utah's 31st district. You can view our Asian Americans Building America interview with Rep Kwan and our CEO Kevin Rudd here.

Stay tuned for more details on our lineup. Confirmed speakers include Anaita Wali Zada from Fremont, Chiaki Yanagimoto from AUM: The Cult at the End of the World, Kayla Abuda Galang from When You Left Me On That Boulevard, Shalini Adnani from White Ant, Liz Sargent from Take Me Home and more!

Our in-person program on January 22 is complimentary and open to the global community. The video of our program will be posted to our Youtube Channel following the event.

Thank you to our sponsors!

Dr. Karen Kwan and her husband, Travis, have three daughters, two sons-in-law and one very spoiled granddaughter.  She is the daughter of an immigrant (her father) and descendant of a Chinese Transcontinental railroad worker (her mother). The value of education was instilled as a priority from the time she was a young child. Karen earned a Bachelor of Arts in Psychology and a Master’s degree in Clinical Psychology both from Pepperdine University and has a doctorate in Educational Leadership and Policy from the University of Utah. She is a Professor of Psychology at Salt Lake Community College, where she was named the SLCC 2014 Distinguished Faculty Lecturer.

Karen is passionate about honoring her community and has worked with various community and civic engagement organizations. She is grateful to the Asian Association of Utah for bringing her to Utah in 1991 as program assistant where she began her service to communities in Utah. After, she worked as the first full time Asian Pacific Islander Adviser at the Center for Ethnic Student Affairs at the University of Utah. Other notable service, she sat on the Governor’s Asian-American Council and was a founding member of OCA-Utah (Asian Pacific American advocates). She currently serves as the President of the Chinese Railroad Workers Descendants Association.

As a member of the Utah State Legislature since 2016, Karen is proud to be the first Chinese American in the Utah Legislature. Rep. Kwan sits on the House Education standing committee, House Transportation standing committee, Administrative Rules committee, Legislative Process Committee, and the Higher Education Appropriations Committee. She avidly works on legislation to support local businesses, invest in quality education, enhance the care of senior communities, preserve family values, and advance equality for all Utahns.

Anaita Wali Zada was born the third of eight children in Afghanistan. By the age of 19, Anaita had become a well-known presenter and journalist on national television. Bold choices for women in the country have always taken exceptional courage and her liberalism and imaginative media work made her and her sister, Taban, a visible target of the Taliban.

As Kabul fell in August 2021, Anaita and Taban were forced to flee, without knowing where they would land. Having settled in Washington, DC, their priority remains bringing their remaining family to safety. Anaita wants her life’s work to honor the women of Afghanistan. To that end, she is studying English and preparing to pursue a university degree in acting and filmmaking.

Chiaki Yanagimoto is a Japanese-born, Los Angeles–based producer with award-winning features. After producing a series of genre films, she switched gears to documentaries, including Kampai! For the Love of Sake. As a unique, multicultural creative force, she began her career working for Taka Ichise and is currently developing international documentaries and scripted films.

Liz Sargent is a Korean-American adoptee whose award-winning work explores themes of adoption, disability, and family. As a writer-director, she incorporates her background as a choreographer into visual storytelling that channels complex human emotions that are an extension of her experience as the middle child of eleven and recognize her intersectional identity as an adult.

Kayla Abuda Galang is a second-generation Filipino-American filmmaker exploring themes of home, family, and belonging. Her short films, Joan on the Phone (2016) and Learning Tagalong with Kayla (2021), premiered at SXSW. The latter was an Audience Award recipient. Galang is developing two feature films, '06-'07 and On Earth as it is in Heaven. She is based in Austin, Texas.

Shalini Adnani is a Chilean-born Indian writer and director based in London. Her India-set debut feature is in late-stage development with Film4. Her latest short film, White Ant, backed by Film4 and Stone bench, premieres at 2023 Sundance.
Adnani is a Bard College alumni and is represented by Liam Francis Quigley at 42 MP.