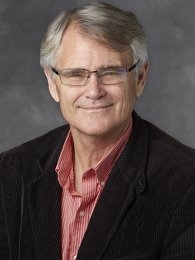 Scott will seek to show how China’s poor, rural interior may ultimately determine the nation’s fate. Drawing on his work of the past decade and more, he will try to illuminate how China’s government has invested heavily in rural education. However, despite the recent high levels of investment, there are still pervasive barriers to health and education have resulted in a human capital crisis. Rural children are shown to have poor nutrition and poor health and this is one of the primary determinants of the low quality of their education. And, it is a problem that begins at home when children and infants and toddlers. Why has the government not addressed this problem? Our argument is not that the government is not concerned. In fact, China’s government has put a lot of investment into rural schooling over the past two decades. Rather, the remaining problems are largely invisible and this has limited the response.

Scott Rozelle is the Helen F. Farnsworth Senior Fellow and the co-director of the Rural Education Action Program in the Freeman Spogli Institute for International Studies at Stanford University. He received his BS from the University of California, Berkeley, and his MS and PhD from Cornell University. Previously, Rozelle was a professor at the University of California, Davis and an assistant professor in Stanford’s Food Research Institute and department of economics. He currently is a member of several organizations, including the American Economics Association, the International Association for Agricultural Economists, and the Association for Asian Studies. Rozelle also serves on the editorial boards of Economic Development and Cultural Change, Agricultural Economics, the Australian Journal of Agricultural and Resource Economics, and the China Economic Review.

His research focuses almost exclusively on China and is concerned with: agricultural policy, including the supply, demand, and trade in agricultural projects; the emergence and evolution of markets and other economic institutions in the transition process and their implications for equity and efficiency; and the economics of poverty and inequality, with an emphasis on rural education, health and nutrition.