The Case for America First with Four Consul Generals

What would an America First policy ideally look like to China, India, Japan, and South Korea? How will Asian countries play a role in the international community, including through contributions to the multilateral trading system? Join Asia Society Northern California for a conversation with four Consul Generals about allies in the Pacific, security, technology, and the future of relations with Asia and the U.S.

This event is hosted in partnership with the Medill School of Journalism, Media, Integrated Marketing Communication at Northwestern University in San Francisco, located at 44 Montgomery.

Sanjay Panda is a career diplomat and a member of the Indian Foreign Service (IFS). Ambassador Panda took over his new assignment as the Consul General of India in San Francisco on November 14, 2018. Earlier, he was the Indian High Commissioner to Seychelles from August 2014 till November 2016, before returning to India and taking over as Joint Secretary (Indian Ocean Region) in the Ministry of External Affairs, New Delhi. Sanjay Panda joined the IFS in 1991. He has served at the Indian missions in Belgium, Jordan, Paris, Malaysia, Japan, Nepal, and China. He speaks French and several Indian languages; he is married with two sons.

Joon-yong Park is Consul General of the Republic of Korea in San Francisco since December 2017. He served as Minister at the Korean Embassy in the People's Republic of China from 2014 to 2017 and Director-General for Northeast Asian Affairs in the Ministry of Foreign Affairs of the Republic of Korea from 2012 to 2014. He has been a career diplomat for 32 years, serving in foreign mission posts that include China, Vancouver, Myanmar, and Vienna.

Tomochika Uyama began his career with the Ministry of Foreign Affairs of Japan in 1986 and has been involved in the diplomatic service for over 30 years. Consul General Uyama's assignments overseas have included postings in Egypt, the Philippines, the Republic of Korea, and the Permanent Mission of Japan to the International Organizations in Geneva. His domestic assignments in Tokyo have included positions at the Economic Affairs Bureau, Latin American and Caribbean Affairs Bureau, and in the Ministry of International Trade and Industry. He assumed his duties as Consul General of Japan in San Francisco on February 23, 2018.

Ren Faqiang, Deputy Consul General of the Chinese Consulate-General in San Francisco, began his current duty in August, 2015. Ren joined the Ministry of Foreign Affairs of China in 1996 after he graduated from Beijing Foreign Affairs College and served in the Department of North American and Oceanian Affairs for more than 10 years as Deputy Director of US Affairs and Director of General Office. He also worked in the Chinese Consulate-General in Chicago from 1999 to 2003 as Vice Consul and the Chinese Embassy in Sri Lanka from 2011 to 2015 as Deputy Chief of the Mission.

Mary Kay Magistad is formerly Public Radio International's The World’s East Asia correspondent. She lived and reported in the region for two decades and now heads the audio journalism program at UC Berkeley's graduate school of journalism. During her time in Asia, she traveled regularly and widely throughout China and beyond, exploring how China’s rapid transformation has affected individual lives and exploring the bigger geopolitical, economic and environmental implications of China’s rise. She stepped back every so often to do an in-depth series on such topics as China’s urbanization. Mary Kay’s seven-part series on that subject, called “Young China,” won a 2007 Overseas Press Club Award, one of several awards she has received. 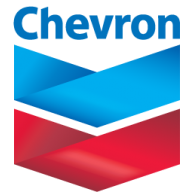