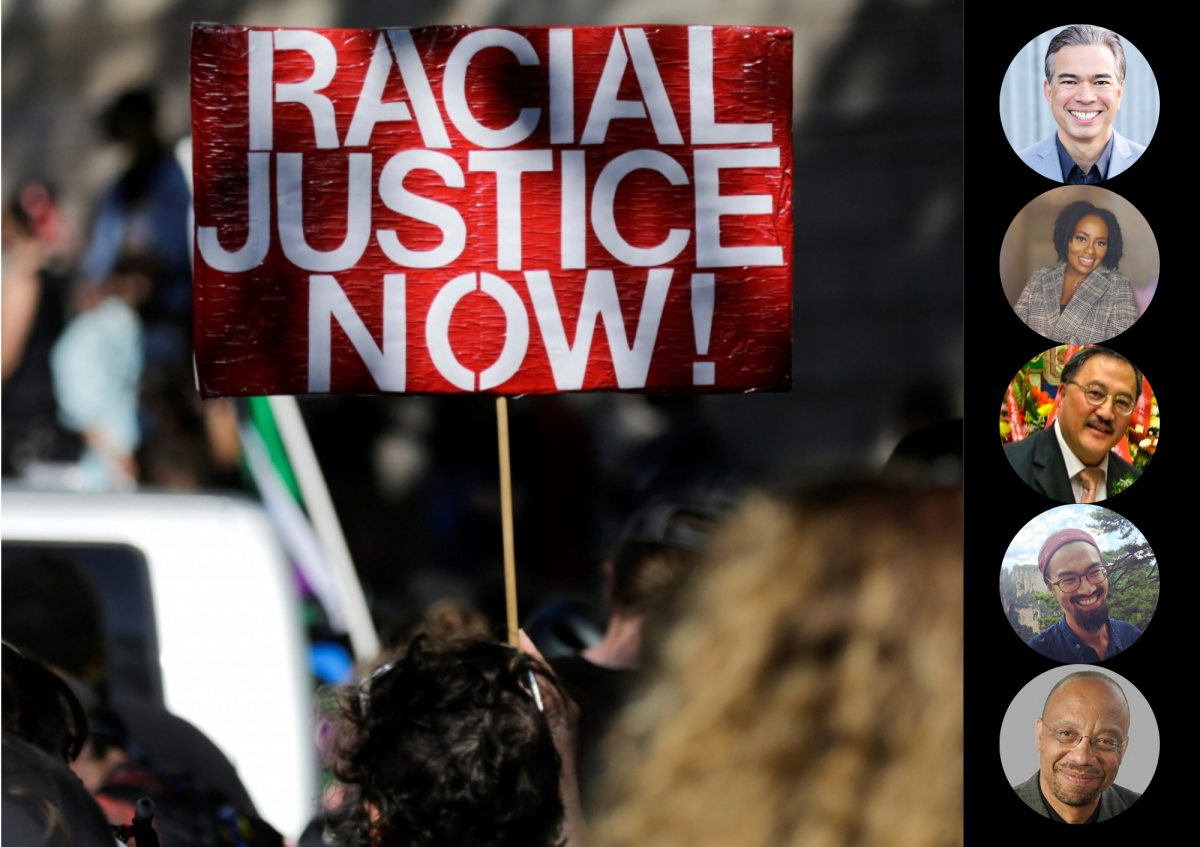 Since the start of the pandemic, a surge of anti-Asian violence and harassment has left many Asian American communities feeling vulnerable and afraid. In response to anti-Asian attacks, many are calling for increased law enforcement to protect Asian communities. However, many others including Asian American activists and community leaders believe more policing is not the answer, pointing to the disproportionate police violence against minority and marginalized groups. This Town Hall will present a diverse set of voices on police reform and engage participants in a dialogue that challenges our audience to think critically about solutions to combat racism within American institutions. Our speakers will represent different viewpoints on police reform and discuss how change might be facilitated despite contrasting schools of thought. This event will be co-hosted by Asia Society New York and Asia Society Northern California.

Join us for a conversation with Asian Americans Advancing Justice-Atlanta's LaVita Tuff, San Francisco Police Commissioner Larry Yee, and Adjunct Lecturer in Urban Studies at Queens College, Shaun Lin. Preceding the conversation will be a recorded message for this event by The Honorable Rob Bonta, Attorney General of the State of California and the first person of Filipino descent and the second Asian-American to occupy the position. Moderating this discussion will be Eugene Robinson, Pulitzer-winning columnist for the Washington Post.

This Asia Society Town Hall is the first in a series of Town Halls curated by a task force dedicated to countering anti-Asian racism. Learn more about our related work at AsiaSociety.org/AsianAmerica.

Upon registration, you will receive a unique Zoom link to access this program. This will be a webinar program; attendees will not appear on camera and will participate via the Q&A box.

On April 23, 2021, Rob Bonta was sworn in as the 34th Attorney General of the State of California, the first person of Filipino descent and the second Asian American to occupy the position. Attorney General Bonta's passion for justice and fairness was instilled in him by his parents, who served on the frontlines of some of America's most important social justice movements. It's why he decided to become a lawyer — to help right historic wrongs and fight for people who have been harmed. He worked his way through college and graduated with honors from Yale University and attended Yale Law School. Attorney General Bonta has led statewide fights for racial, economic, and environmental justice and worked to further the rights of immigrant families, renters, and working Californians. He previously worked as a Deputy City Attorney for the City and County of San Francisco, where he represented the City and County and its employees, and fought to protect Californians from exploitation and racial profiling. He went on to pursue elected office in Alameda County, first as an Alameda Council Member and later as an Assemblymember representing Oakland, Alameda, and San Leandro. In the State Assembly, Attorney General Bonta enacted nation-leading reforms to inject more justice and fairness into government and institutions. As the People's Attorney, he sees seeking accountability from those who abuse their power and harm others as one of the most important functions of the job. He is married to Mia Bonta, and they are the proud parents of three children Reina, Iliana, and Andres, as well as their dog Legolas.

LaVita Tuff is the Policy Director for Asian Americans Advancing Justice-Atlanta, the first and only non-profit legal advocacy organization in Georgia and the Southeast committed to protecting the civil and human rights of Asian Americans, Native Hawaiians, and Pacific Islanders. She is a native of Atlanta, Georgia, whose work as a civic innovator includes over a decade of experience in cultivating stories that lead to transformative policies for communities of color. In this role, she develops data driven solutions to discriminatory practices targeted at the AAPI community and other communities of color. Her mission is to continue to build upon the culture of civic engagement being built in Georgia's AAPI communities. Her expertise is grounded in leading projects focused on driving equity and inclusion while also developing best practices for addressing complex issues. Throughout her career, she has worked with organizations such as Code for America and Ford Foundation to develop data-driven policies in criminal justice, voting rights, and economic empowerment. Her work also includes serving as a policy advisor on innovation projects for mid-size cities during their partnerships with the Rockefeller Foundation and Bloomberg Philanthropies. As a civic innovator and storyteller, her work goes beyond government entities to the world of sports. Her ability to curate community-driven stories and propel them to drive change has led to substantial investments in the deep South by the NFL Foundation and sporting agencies from around the world.

Larry Yee is San Francisco Police Commissioner, Presiding President of the Chinese Consolidated Benevolent Association, and President of Hop Wo Benevolent Association. Larry spent 40 years in the telecommunications industry, starting with AT&T before retiring in 2018. For almost two and a half decades, he has devoted himself to serving San Francisco, particularly the Chinatown community that he grew up in. In 1996, he joined the Yee Shew Yan Benevolent Association and has since had the honor of serving on the boards of multiple community organizations. He is active in the fight for civil rights as a Union officer. For the past twelve years, he’s served as the Secretary/Treasurer of Communication Workers of America (CWA) Local 9410. He is proud to have been a part of numerous rallies and strikes fighting for racial, social and economic justice. He is also a delegate to San Francisco Labor Council and was the 12th Assembly District Democrat Executive Officer in 2005-08.

Shaun Lin is pursuing a PhD in geography at the CUNY Graduate Center, where his research interests include immigrant communities, food and foodways, and abolition geography. He is an adjunct lecturer in Urban Studies at Queens College and is a Futures Initiative Graduate Fellow, Community Engagement Specialist and Designer. Originally from Los Angeles, Shaun is a longtime resident of Sunset Park, Brooklyn where he organizes with Sunset Park for a Liberated Future, Sunset Park Popular Assembly, and No New Jails NYC against gentrification, displacement, policing and prisons.

Eugene Robinson (Moderator) writes a twice-a-week column on politics and culture and hosts a weekly online chat with readers. In a three-decade career at The Washington Post, Robinson has been city hall reporter, city editor, foreign correspondent in Buenos Aires and London, foreign editor, and assistant managing editor in charge of the paper’s Style section. He started writing a column for the Op-Ed page in 2005. In 2009, he received the Pulitzer Prize for Commentary for “his eloquent columns on the 2008 presidential campaign that focus on the election of the first African-American president, showcasing graceful writing and grasp of the larger historic picture.” Robinson is the author of Disintegration: The Splintering of Black America (2010), Last Dance in Havana (2004), and Coal to Cream: A Black Man’s Journey Beyond Color to an Affirmation of Race (1999). He lives with his wife and two sons in Arlington.