The “After Party” With Danny Russel — U.S.-China Relations at the Start of Xi Jinping’s 3rd Term | Asia Society Skip to main content

The “After Party” With Danny Russel — U.S.-China Relations at the Start of Xi Jinping’s 3rd Term

Program 6 of 8 in our Seeking Truth Through Facts U.S.-China Program Series 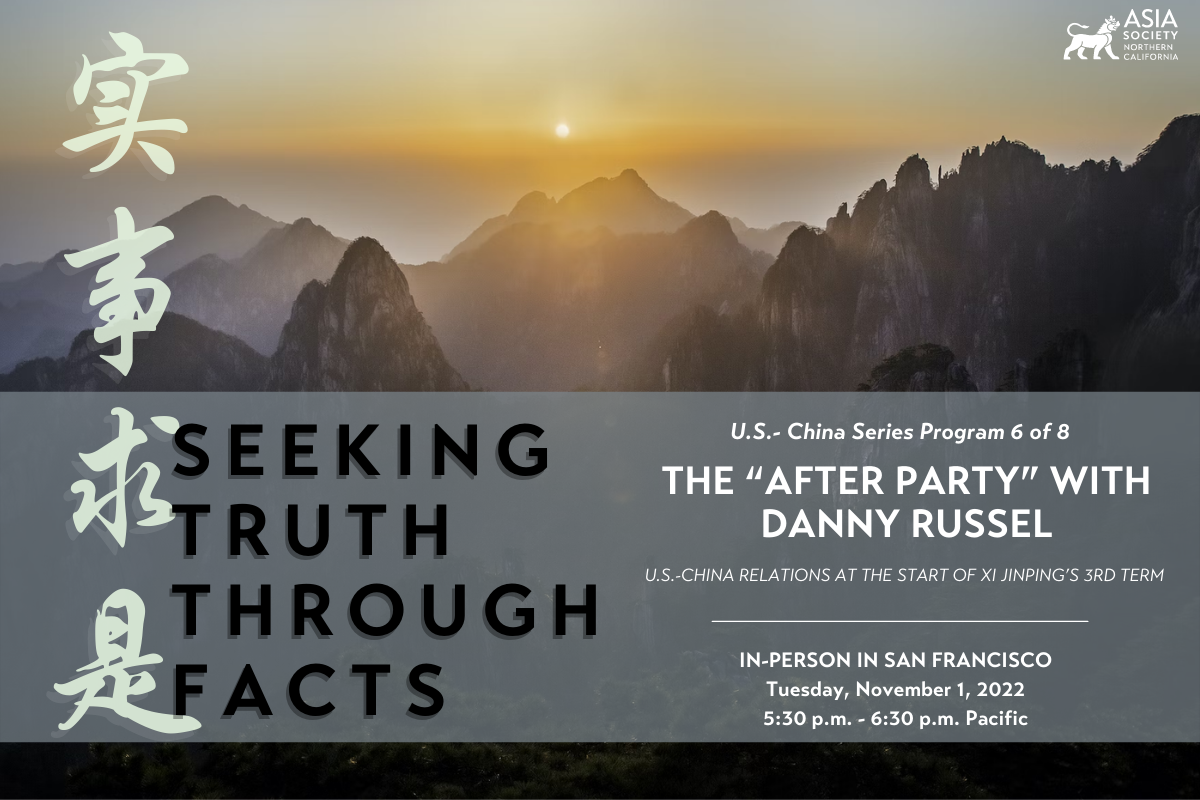 Join Asia Society Northern California on Tuesday, November 1 from 5:30 p.m. - 6:30 p.m. Pacific for an in-person program in San Francisco. On the heels of China’s 20th Party Congress at the end of October, Danny Russel, Vice President for International Security and Diplomacy at the Asia Society Policy Institute, will be in San Francisco to assess the implications of this historic meeting. Danny will talk about important milestones and tipping points in the U.S.-China relationship, and what we should be watching for in the months ahead, including at the first in-person meeting between Presidents Biden and Xi at the G-20 Summit in Bali.

This program is complimentary for Asia Society Members.  Learn more and become a member today: https://asiasociety.org/northern-california/join-our-community

This event is the sixth of eight in our popular Seeking Truth Through Facts U.S.-China Program Series, which focuses on new strategic frameworks for the bilateral relationship, plurilateral relationships, rebalancing trade, national security, technology, and climate change; as well as the global impact of the political and economic landscape. This program will lead up to our annual Future of U.S. & China Conference held in January 2023.

All in-person guests must show ID and proof of vaccination before entry, and are encouraged to bring a mask.