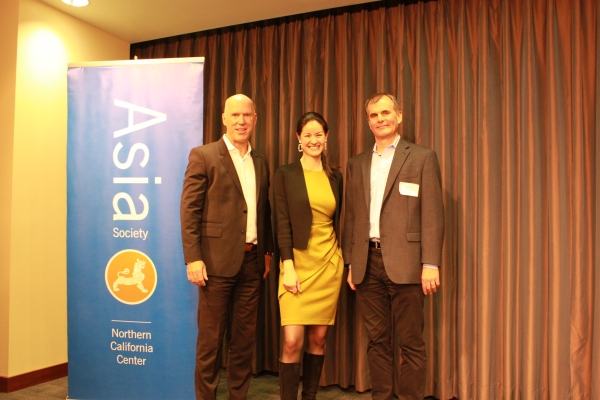 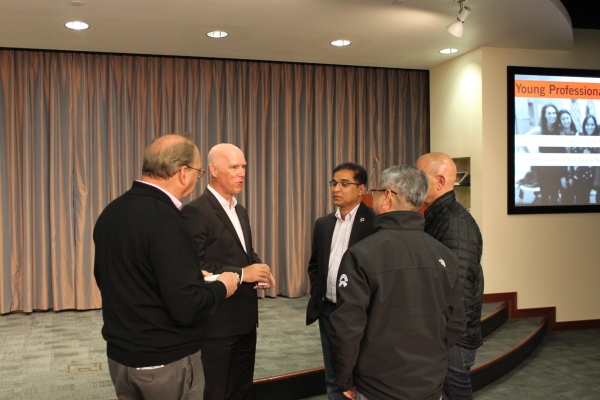 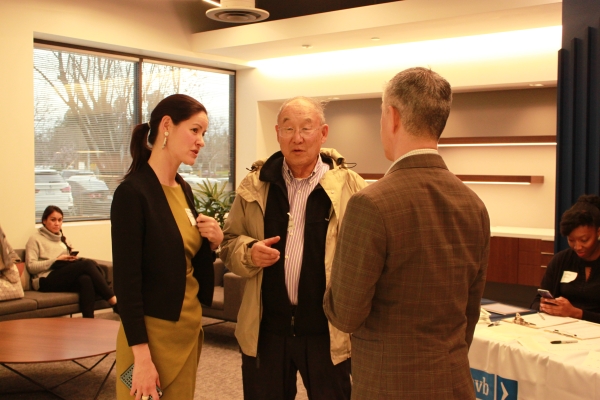 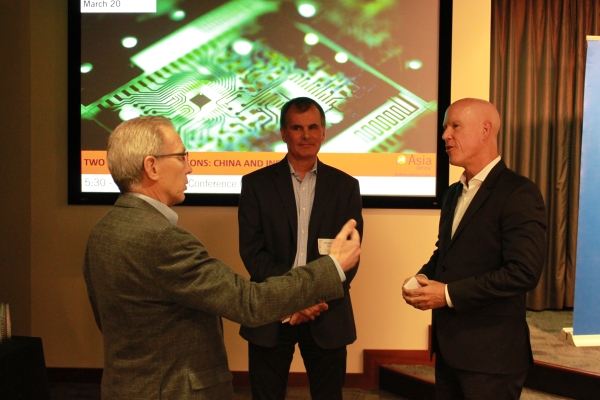 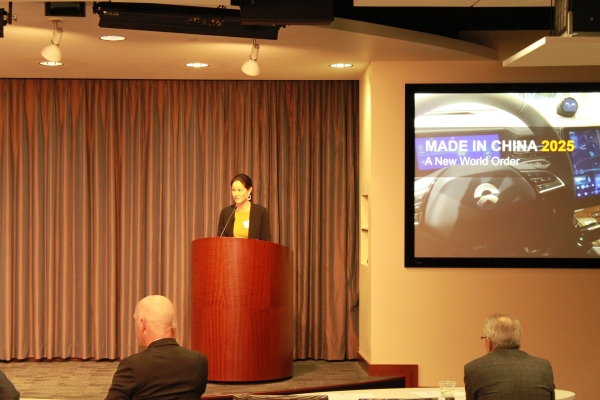 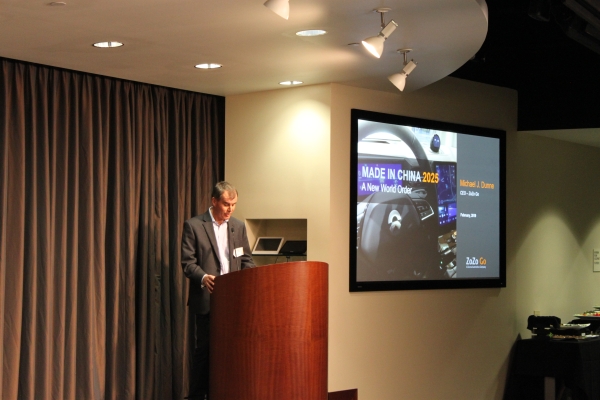 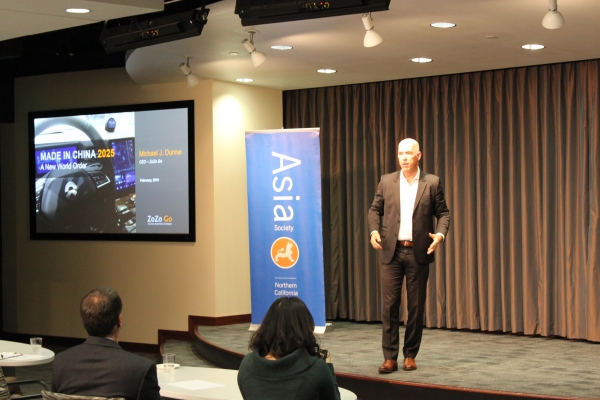 Michael Dunne started off his presentation with a brief overview of modern Chinese history as pertaining to the auto industry. (Aries Wang/Asia Society) 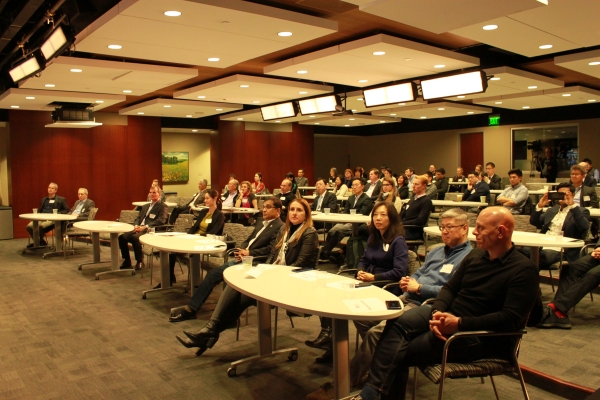 It was a packed auditorium at Silicon Valley Bank. (Aries Wang/Asia Society) 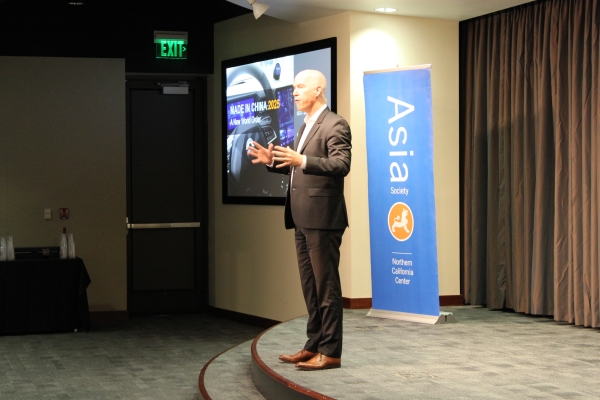 Michael Dunne transitions his presentation to a modern context about the auto industry and Made in China 2025. (Aries Wang/Asia Society) 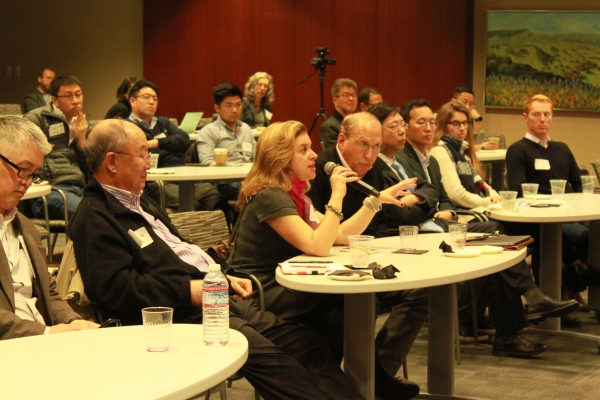 The question and answer portion with the audience was quite lively. (Aries Wang/Asia Society) 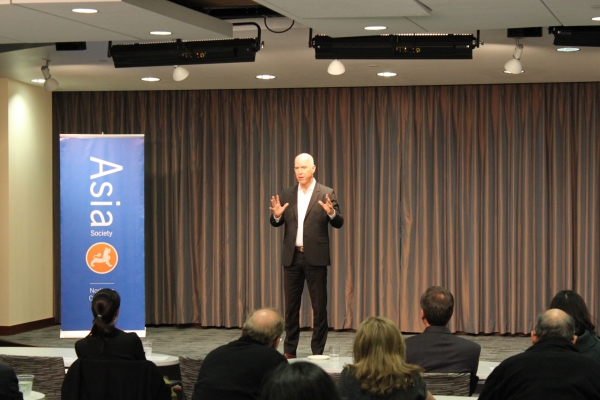 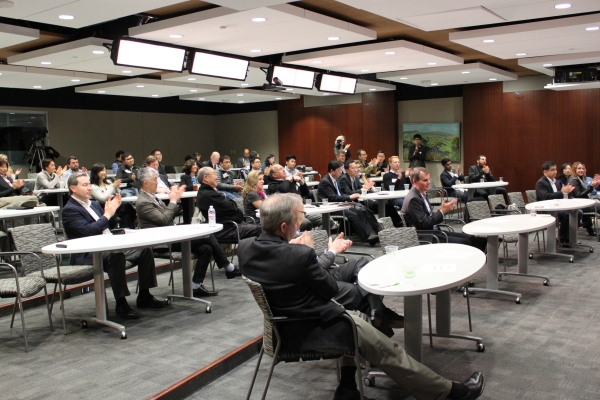 The audience gives a hearty round of applause at the conclusion of the program. (Aries Wang/Asia Society)

The program began at 5:30 PM, after some opening remarks by Asia Society Northern California Director Margaret Conley and Silicon Valley Bank Director of Energy Resource Jordan Kannis, thanking the attendees and mentioning SVB's expansion in East Asia. Mr. Dunne then opened his talk with his own personal experiences in China and the automobile industry, before talking about China's Made in China 2025 initiative (on which Asia Society Northern California previously hosted a conference) and how it impacts China's burgeoning native automobile industry. Several of China's mega-tech companies such as Baidu, TenCent, and Alibaba are investing heavily in new automobile technologies and production, and Mr. Dunne finished by discussing the impact on American corporations and China's growing role in the world. The audience then engaged in a lively question and answer. Several press outlets were present in the room.

Asia Society Northern California would like to thank both Michael Dunne and Silicon Valley Bank for helping to put on this amazing event.