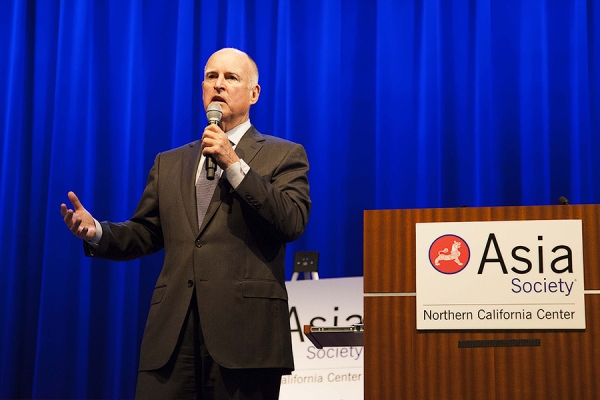 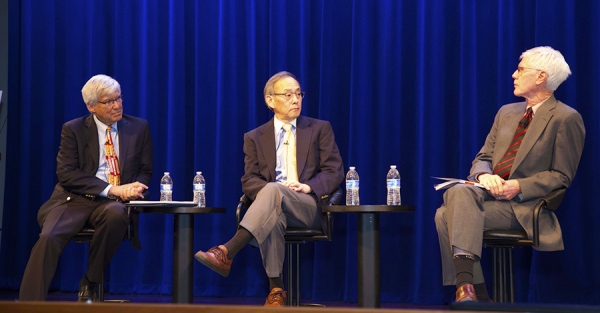 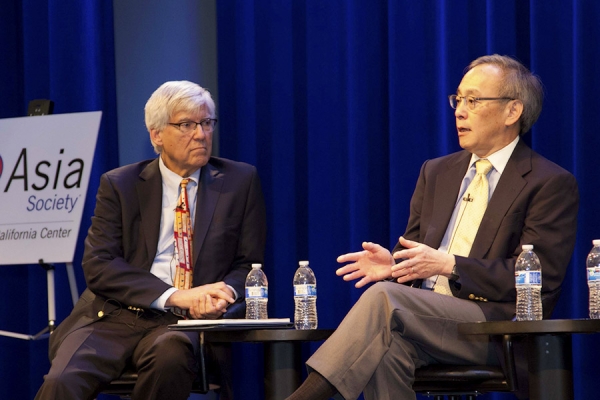 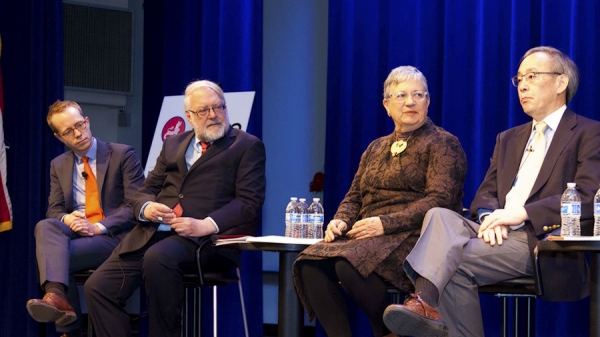 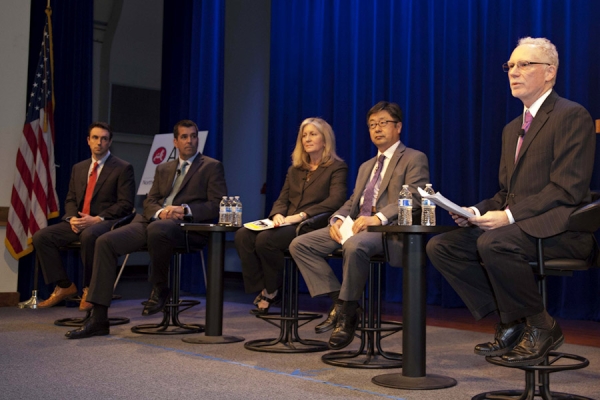 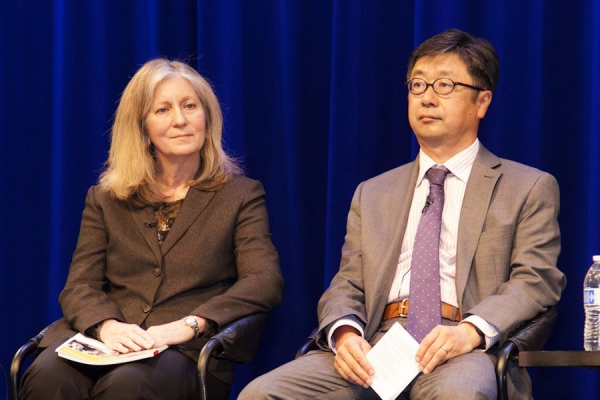 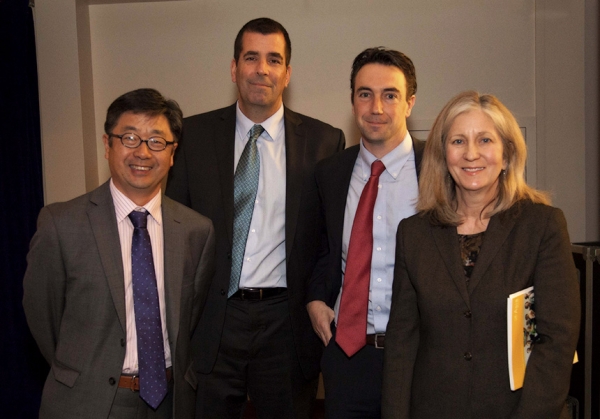 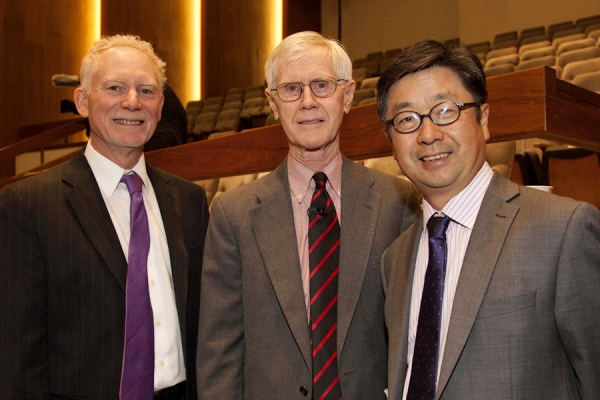 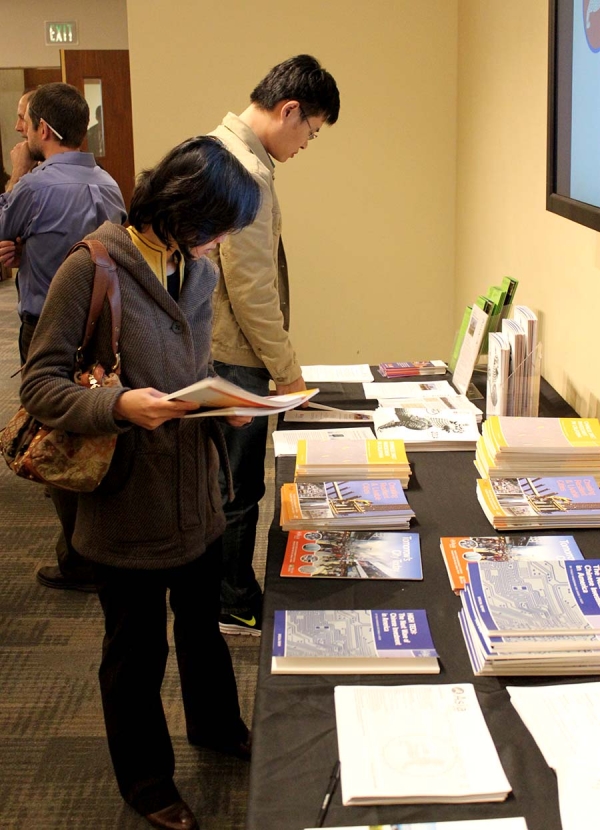 Declaring California a leader in addressing global climate change, California Governor Jerry Brown noted that the state is like a “separate nation” and even a “state of mind,” and its efforts to promote energy efficiency and combat climate change have been consistent since the 1960s. Brown made these remarks at the launch of a new Asia Society report , A Vital Partnership: California and China Collaborating on Clean Energy and Combating Climate Change, in San Francisco on March 4.

“We’ve been able to keep our eye on the ball,” he emphasized, and declared that California will “continue on in this trajectory.” He also emphasized the critical role that non-governmental organizations play in promoting this effort, as well as the collaborations taking place with China-which currently is the world's largest emitter of greenhouse gases-between both the state and with California’s NGOs.

Also speaking at the event was Steven Chu, former U.S. Secretary of Energy and a winner of the Nobel Prize, who emphasized the key role that states have traditionally played and will take on policy innovations involving climate change. He noted that California has one of the most aggressive policies on climate change and carbon emissions in the United States, and it has done so by not “killing its robust economy” and maintaining its position as the 8th largest economy in world.

Other speakers included Mary Nichols, who is Chairman of California’s Air Resources Board, and Robert Weisenmiller, who Chairs the state’s Energy Commission. Both leaders noted the importance of the state’s partnership with China, and how the state has worked with this critical player on the world stage on issues such as air pollution, which is now an urgent public health issue in China. Indeed, air pollution, which California has a lot of experience in dealing with, has provided an impetus to deepen the state’s engagement with China. “Climate change,” added Weisenmiller, “unifies all of us.”

NGOs and research institutions, meanwhile, play an essential role in this effort to bridge the experiences of California and China. While financing projects is a perennial challenge, organizations such as the Energy Foundation, ICLEI-Local Governments for Sustainability, Bay Area Council, and the Lawrence Berkeley National Laboratory have a rich depth of experience in and understanding of the issues that can further deepen the collaborations between the U.S. and China. This ecosystem in California—incorporating state government, local government, civil society, and academia—is a model that can help to inspire a broader U.S.-China partnership to address global climate change.

Other speakers at the event included Orville Schell and Bruce Pickering of the Asia Society, Geoff Cowan of The Annenberg Retreat at Sunnylands, Trevor Houser of the Rhodium Group, Lin Jiang of the Energy Foundation, Lynn Price of Lawrence Berkeley National Laboratory, John Grubb of the Bay Area Council, and Michael Schmitz of ICLEI.

For more information and to download A Vital Partnership: California and China Collaborating on Clean Energy and Combating Climate Change, please visit: www.AsiaSociety.org/AVitalPartnership