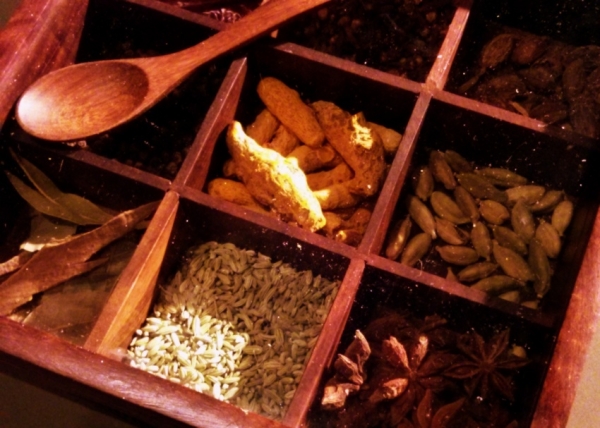 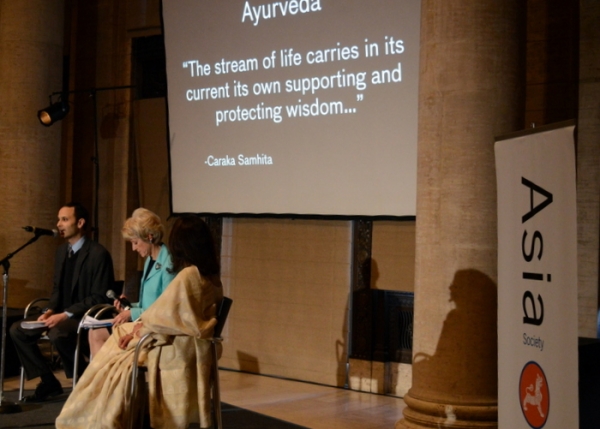 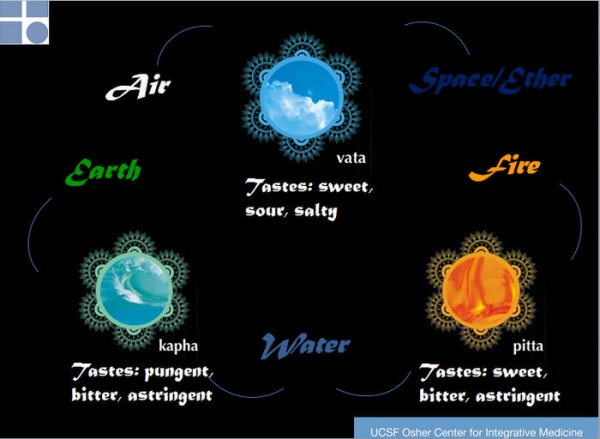 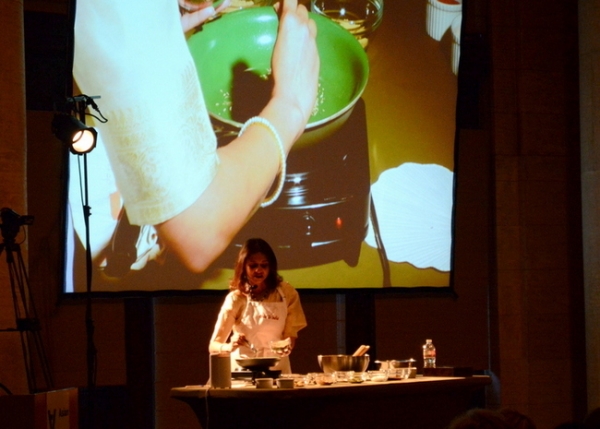 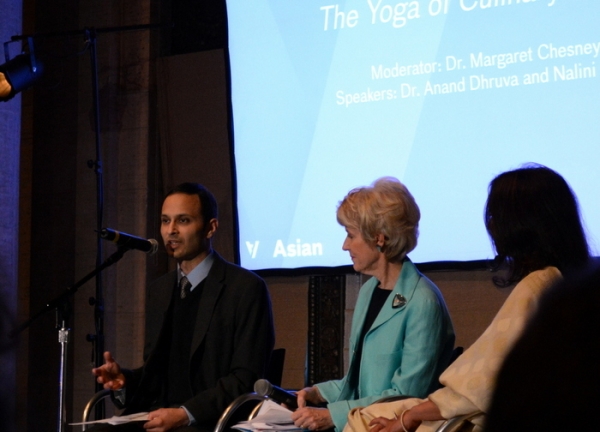 If we are what we eat, shouldn’t we be eating more healthily? On April 17th, Asia Society partnered with the Asian Art Museum to host “The Ayurvedic Kitchen: The Yoga of Culinary Spices”. As the audience at the sold-out event learned, Ayurvedic cuisine is focused on delivering both good health and good taste, doesn’t mean having to eat beans at every meal, and is easy to prepare at home. As Jay Xu, head of the Museum, put it: “Food is always the best medicine.”

Ayurveda, loosely translated as “life-knowledge”, is a system of traditional Indian medicine that aims to balance the three mind-body principles, or doshas. Ayurvedic medicine harnesses our self-healing capacities by bringing mind, body, and soul into harmony. While Western medicine focuses on diagnosis and treatment of illnesses, Ayurveda is more concerned with prevention and everyday well-being.

The first principle of Ayurveda is that there are five key elements in the world – air, space, fire, water, and earth – and that each is represented in differing strengths in the three doshas, or personality/energy types. As guests learned from the panelists, the three doshas vary based on a person’s energy and innate qualities.

Vata types, representing air and movement, tend to include slightly built people who are quick and creative (these people should eat moist or warm foods like stew and herbal tea). Pitta is characterized by a fiery and transformative personality, and tends to be found in medium-build people who are focused and ambitious (they should eat cooling foods like salad and fruit and consume fewer spices). Kapha is an earthy energy with lots of structure, typically found in people who are calm, steady, and of stocky build (for them, light and dry foods are best, like toast, grilled vegetables and more spices). Many people are not one type but a mix of doshas.

The strength of the three doshas vary from person to person and can change over time or according to the season. They can be balanced with herbal medicine, yoga, spices, and food. Dhruva noted that Ayurveda, like Chinese medicine, approaches the patient’s mind and body as a whole and represent the “original personalized medicine”.

In addition to the five earthly elements and the three doshas, there are also six tastes in the Ayurvedic kitchen – bitter (e.g. greens), sweet (whole grains or sweet potato), salty (minerals or vegetables), sour (citrus), pungent (garlic or ginger), and astringent (beans and greens). Combining these tastes, which in turn correspond to the earth’s elements, can help bring a person’s dosha back into balance for optimal health and wellness. However, if you’re seriously out of balance, you might want to hold off. As Nalini Mehta reminded the audience: “Don’t cook when you’re angry!” That’s a good time to go out and let someone else do the cooking.

Mehta said there are several key spices used in the Ayurvedic kitchen, which represent the six different tastes of Ayurveda and have varying healing properties. These include turmeric, the “queen of spices”, which is good for congestion, colds, and digestion; ginger, which is heating and also aids digestion; cinnamon, good for circulation; and fennel, which has cooling properties.

Eating seasonally is another way to find a closer connection to nature and to balance your dosha. As Mehta said, “You naturally know what’s good for you and gravitate to it – it’s not really a craving if you’re in tune with your body.” Ayurvedic cooking doesn’t mean eating just Indian cuisine, either – the right mix of spices and flavors can add balance to any meal.

Mehta also shared two demonstrations with the audience. The first, “mindful eating”, focused on how enjoying food and flavor more closely and meditatively can enhance the senses. Audience were asked to close their eyes and concentrate on all of the sensations of eating just one small grape – taking note of everything from the texture, shape, and feel of the grapeto the flavor of its juice.

Next was a demonstration of making a custom spice mix - Chaat Masala -  that represented all six flavors of Ayurvedic cooking. Mehta lightly toasted cumin, coriander, carom (a South Asian spice that looks like cumin seeds but tastes like thyme), and fennel seeds to release their essential oils before grinding them with asafetida - which smells as bad as it sounds – amchoor (dried mango), black salt, black pepper, ginger, and dried mint. The spice mix was a key ingredient in the sprouted mung bean salad that Mehta made on stage and served to the audience.

Mehta explained that mung beans are more nutritious and less calorie-filled when they are sprouted, and that you can easily sprout your own mung beans at home by leaving them in a bowl of water in a warm place.

The packed crowd had dozens of questions, from where dairy fits in (it doesn’t, but if you insist, it should be very fresh), to whether ground spices are OK to use (it’s generally better to buy whole seeds and grind them for maximum flavor). Are you having a dinner party or cooking for a family with different doshas? No problem, said Mehta and Dhruva - just cook a balanced menu that includes all six flavors, and your guests can eat more or less of each depending on their tastes and needs.

The event, co-sponsored by the Osher Center and the International Association of Yoga Therapists, took place in the magnificent marble-clad Samsung Hall of downtown San Francisco’s Asian Art Museum. It was the third in a three-part series on yoga and Ayurveda produced in association with the Museum's ongoing exhibition “Yoga: The Art of Transformation”.