The Shift to Inclusivity and Diversity in the Workplace

Importance of Promoting SOGIE-inclusive policies in Asian organizations and companies 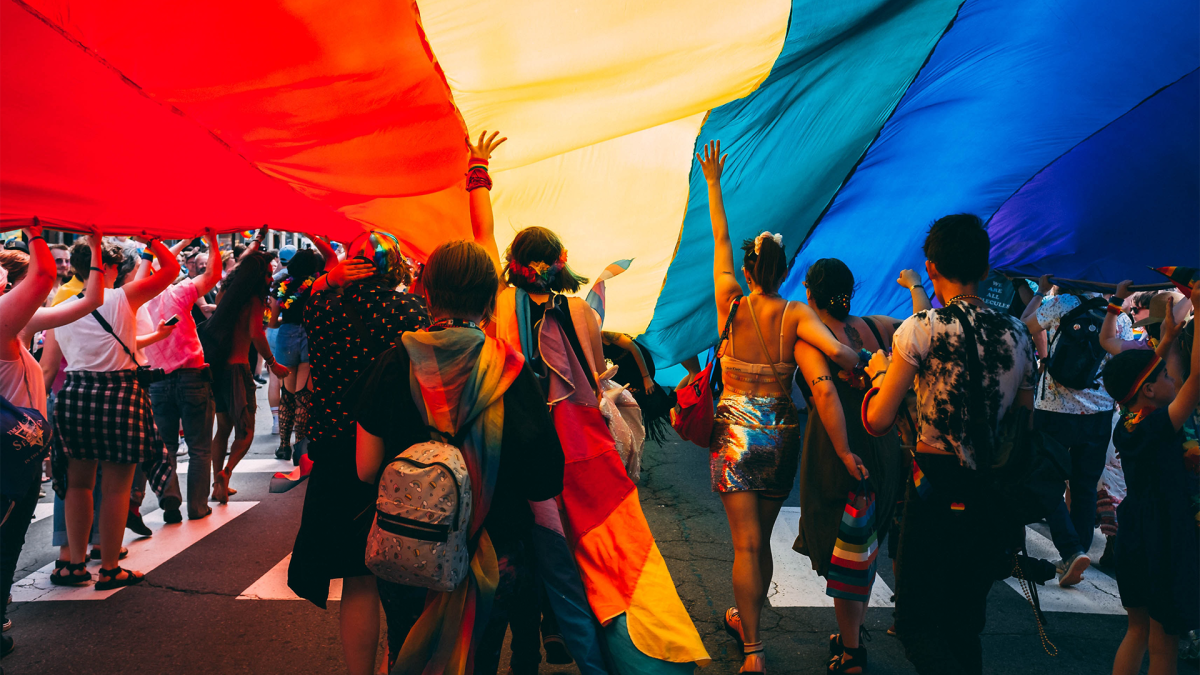 Asia Society Philippines hosted its first digital program of their monthly series, Asia Society Conversations. For this Pride Month, Asia Society Philippines featured the discussion on The New Normal in the Workplace: Importance of Promoting SOGIE-inclusive policies in Asian organizations and companies. The webinar featured experts and professionals from various LGBTQ+ organizations such as Chris Eugenio of Philippine Financial & Inter-Industry Pride, Ryan Silverio of ASEAN SOGIE Caucus, Ronn Astillas of The Philippine LGBT Chamber of Commerce, Fire Sia of Side B, and Claire de Leon of LAGABLAB LGBT Network as our moderator, to delve more on the promotion of anti-discrimination policies, specifically on SOGIE (Sexual Orientation, Gender Identity and Expression).

Last June 15, it was announced that the US Supreme Court ruled that the Federal Civil Rights Law now protects gay, lesbian, and transgender workers. It is now unlawful for employers to fire any person for being gay or transgender, as it is a violation of their civil rights.

Without inclusive and diverse laws, the LGBTQ+ Community will be left vulnerable to discrimination in different contexts and spaces such as being refused to enter schools, workplaces, or even in accessing services —like being denied adequate healthcare, and/or being rejected from employment applications just because of their SOGIE.

However, in Asia, the state of inclusion is far from perfect. This amplified the regional lack of human rights mechanism that recognizes the LGBTQ+ persons. While some Asian countries improve on gender recognition, there are still areas wherein the LGBTQ+ persons are being discriminated by facing criminalization. According to Ryan Silverio of ASEAN SOGIE Caucus, these people are being charged with large fines and imprisonment for having same-sex partners and for expressing their own identities.

Philippines is one of the countries that is still lacking on diverse policies. For decades, they have been lobbying for an anti-discrimination legislation and even the SOGIE-specific anti-discrimination bill is pending in both Houses of the Congress, until today.

Lack of Diversity in the Workplace

According to The Philippine LBGT Chamber of Commerce’s Corporate SOGIE Diversity & Inclusiveness (CSDI) Index, when the study was made last 2018, they found out that only 17% of the companies have SOGIE-inclusive policies. However, this percentage is just the foreign headquartered companies which means that local companies and businesses are still at 0% when it comes to providing an inclusive and diverse environment for all employees, especially the LGBT community. The lack of diversity in the workplace is a wake-up call for employers.

On Compensation and Healthcare

March 2020, the Insurance Commission released a guideline saying that The Insurance Code does not prohibit employees to put their partners as beneficiaries.

“Upon careful consideration of the present matter, the Insurance Commission affirms your position that the insured who secures a life insurance policy on his or her own life may designate any individual as beneficiary, subject only to the exceptions provided in Article 2012 in relation to Article 739 of the Civil Code,” signed by Commissioner Dennis Funa.

However, Fire Sia of Side B, stated that a lot of companies are still not open to discuss shifting to a more inclusive coverage with their healthcare providers. This does not only hinder the LGBTQ+ employees to make their long-term partners as beneficiaries on life insurances and healthcare, but it also makes it visible that companies do not intend to shift towards a more inclusive and diverse policy and environment anytime soon.

Rules on Restrooms, Uniforms, and Names

Companies condone written (or unwritten) rules that show discrimination towards LGBTQ+ persons  – one would be firing an employee for being part of the community. Even as simple as using the restroom is an issue. In the Philippines, there are tons of incidents wherein LGBT persons were assaulted by their colleagues and staff just for using the restroom of their choice.

Dress codes and uniforms in the workplace is another common issue – as there are certain companies which require their employees to wear uniforms or have strict policies on dress codes wherein staff are required to dress up based on the sex and not based on a person’s SOGIE.

When applying for a job, employers tend to ask for one’s preferred name. This actually shines the light towards the trans community who have changed their names. However, even if it was already stated by the person, co-workers and managers still refer to the person's birth name, completely disregarding the name, he or she preferred to be used.

Having inclusive and diverse policies can be as simple as having a Washroom Policy which allows people to use the washroom aligned to their gender identity, HMO insurance that allows an LGBTQ+ person to enroll their partner as a beneficiary or dependent (as long as requirements are met), uniforms that fit their gender identity, afford to having paid leaves (parental leave, adoption leave, emergency leaves), and such. These are the kind of rules employers and managers must consider looking at, unwritten or not. It is important to know that these simple changes can mean so much to others.

Start building a culture of inclusion

According to Ronn Astillas, employers and employees must remember to look at 3 pillars when looking at policies: Promote a safe working space for employees, look at business leadership when implementing policies, and recognize practices from other international companies and replicate or adapt to their own companies.

Ryan Silverio also stated that the UN Guiding Principles on Business and Human Rights has a framework encouraging companies to create an enabling environment for all employees regardless of their identities and gender. Now, hinging from this UN guiding principles, the office of the High Commissioner for Human Rights also developed this Standards of Conduct for Businesses on Tackling Discrimination against LGBTI persons which looks at core areas to work on - First, is to respect human rights,then we limit discrimination in the workplace by making sure that you've got diversity in the selection of teams, ensuring that there's a policy that says "The employer is an equal opportunity space or practices an equal opportunity value in the workplace."

Having SOGIE-inclusive and diverse policies can prevent LGBTQ+ persons from discrimination and assaults when at work. It may not erase history but it will lessen cases of discrimination and violent acts against them from today to the future. In addition, when companies become more inclusive towards the LGBTQ+ community, they actually gain more than they lose cause this allows more innovation, productivity, and personal growth which can generate more opportunities for employees and employers.

With whatever policy a company does, either at a micro- or macro-level, the important thing to remember is it all boils down to how it can affect individuals.

What to Do Now?

Ronn Astillas also reminds us that, “As we celebrate PRIDE month, we must remember PRIDE – look at the Present, Recognize that the present concerns right now have difficulties, and we  have to address Inclusiveness and Diversity, because in the end what we’re looking at is Empowerment, as we empower everybody.”

As of today, there's still an urgent need to talk about Pride and Inclusion. As Chris Eugenio said, "There are problems that never went away and actually has been amplified by the pandemic." As we shift towards the new normal, we must remember that there are still problems that need to be solved.

As policies are being shifted towards the new normal, why not start including SOGIE-inclusive regulations to create more safe spaces and workplaces for LGBTQ+ employees?

Let's start making our Better Normal vision a reality, one conversation at a time.

The New Normal in the Workplace: Importance of Promoting SOGIE-inclusive policies in Asian organizations and companies is presented by Asia Society Philippines and is made possible by our event partners:

Asia Society Conversations is a trademark series and is regularly hosted by Asia Society Philippines. The series provides a platform for people to converge, network, and gain insight on relevant topics through a casual and open environment.