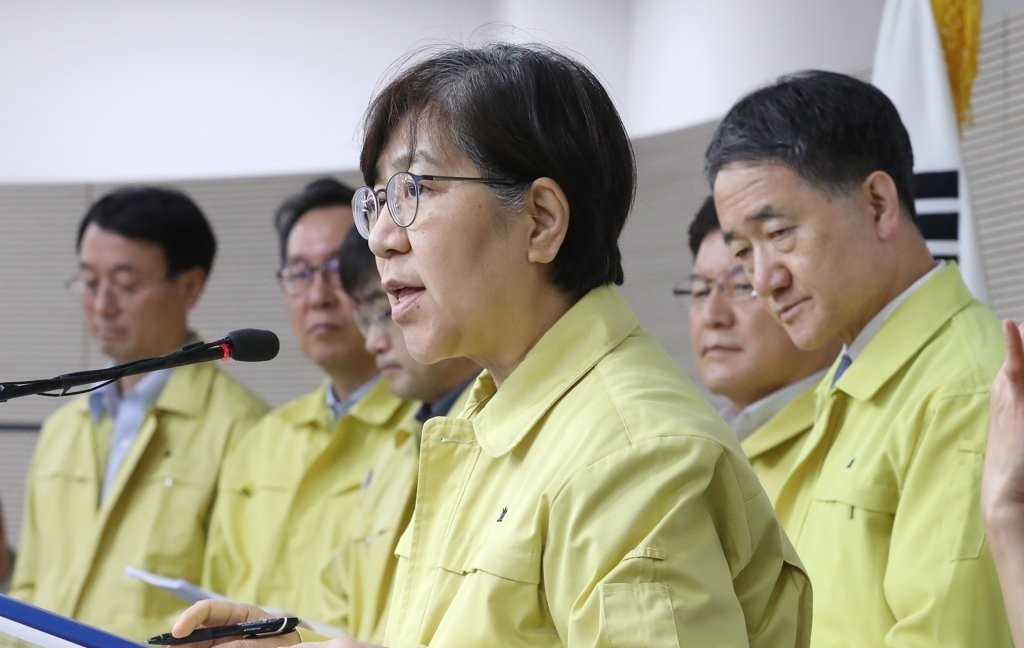 As a part of the Leo Gala Series to give wider publicity to Korean culture and promote its ethos and beauty beyond the mere facade, Asia Society Korea presents the story of the "yellow jackets" that have come to represent times of public emergency and the imagery of government responses to crises in South Korea.

Amidst the ongoing COVID-19 pandemic, you may have noticed a common item of clothing worn by South Korean government officials on the news. These officials have been spotted wearing a yellow jacket for official briefings, visits to disaster sites, and at crisis meetings. A special item of clothing can reveal a great deal about a person or carry messages. So, what message does the yellow jacket communicate to the public?

The yellow jacket is a uniform of the Republic of Korea Civil Defense Force. It was first created in 1975 along with the establishment of the Office of the Civil Defense Bureau, which now operates under the Ministry of the Interior and Safety. Although not mandatory, the Enforcement Decree of the Framework Act on Civil Defense advises the Civil Defense Force to don this uniform during training events, war, and national disasters. The definition of national disasters has not been clearly specified but is described as any event that threatens the lives and properties of the nation and its people.

A little-known fact about the yellow jacket is that it is not actually yellow. According to the official guidelines of the uniform, the color of the jacket is lime. On the 30th anniversary of the establishment of the Office of the Civil Defense Bureau in 2005, the color of the uniform was changed from khaki to lime. The lime color was selected to generate a vibrant and energetic image of civil defense and radiate a positive, hopeful, and confident energy as it resembles the color of sunlight. It has also been noted that the attention-grabbing color was an apt selection for national disaster situations.

Despite the frequent appearance of South Korean government officials wearing yellow jackets, they are not required to wear the uniform while performing their duties. However, the Ministry of the Interior and Safety stated that government workers have worn yellow jackets to be easily distinguished from others since a government workers’ major role during national disasters is to guide the public. It has now become a tradition for government workers to wear the yellow jacket during troubled times. Today, the jacket is more than just a uniform for the Civil Defense Force. It is a warning sign to the public and a message from the government communicating their recognition of the severity of the situation.