Pop Goes Korea: Behind the Revolution in Movies, Music and Internet Culture 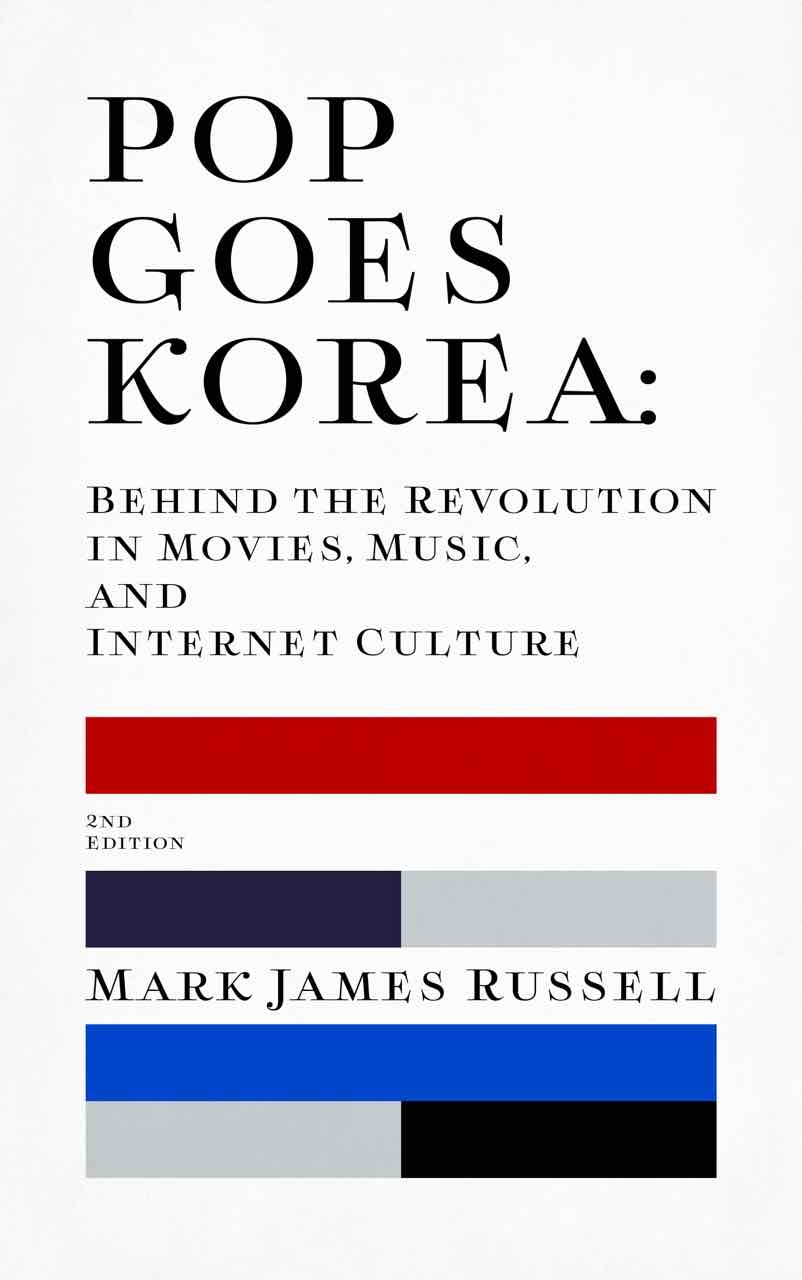 July 2017 - In the ten years since the release of Pop Goes Korea: Behind the Revolution in Movies, Music and Internet Culture, Korean popular culture has become bigger and even more successful. This prompted Mark Russell to publish an updated edition of the book highlighting the amazing stories of Korean popular culture, including “Gangnam Style” and K-pop, the latest cinematic blockbusters, Korea’s indie music scene, and the rise of webcomics. Asia Society Korea’s Matthew Fennell caught up with Mark to discuss the new publication.

Pop Goes Korea: Behind the Revolution in Movies, Music and Internet Culture was first released in 2008. What made you want to publish a second edition?
So much has changed since 2008! And not just “Gangnam Style” (although clearly that took awareness of Korean pop culture to another level). Music, movies, TV, webtoons… pretty much all aspects of Korean pop culture have continued to grow since the first edition of Pop Goes Korea, and I thought that should be reflected in my book. The new edition is more than 10,000 words longer than the original, with a couple of new interviews and essays, as well as updates to all the old chapters.
Also, considering how important digital media has been for so much of modern Korean pop culture, I thought it would be fun to try out e-publishing too. I’ve had three books published the traditional way and while I’m reasonably happy with how they turned out, I’m also curious about the potential of the e-book. Since so much of today's Korean pop culture has been shaped by modern digital trends, I thought I should follow suit.

Korea’s popular culture and entertainment industry changed dramatically during the 1990s and 2000s. Have the past ten years brought about an equally remarkable change?
I think the major storylines that I talked about in the original edition all hold up still — Korean entertainment is still overwhelmingly the story of ambitious producers, business people, and creators, all striving against the odds to make their mark and find success in very challenging fields. But each success has helped raise the bar for the next. The movies have gotten bigger. The K-pop artists are more influential. Korean TV dramas keep finding new audiences.
So, the changes since 2008 have been dramatic, but they’ve been more of an evolution. A change in degree more than kind… Korean popular culture has continued to grow and gain recognition, but the foundation for today’s successes were largely in place a decade ago.

Do PSY and “Gangnam Style” feature in the new edition? How much of an impact did the song have on promoting K-pop around the world?
Certainly “Gangnam Style” was huge in terms of recognition around the world. I was living in Spain when that song hit, and it was amazing how suddenly everybody was aware of Korean pop music (even if Psy is a pretty atypical example of K-pop). In our crazy-busy, noisy modern world, one of the most important and hardest things is just to be noticed and “Gangnam Style” certainly got Korea noticed. It gave everyone everywhere an easy, mainstream access point to Korea.
But, for me, in terms of understanding what Korean popular music is about and its deeper trends, “Gangnam Style” was not that important. So, for the new edition, “Gangnam Style” gets mentioned, but it’s not a focal point. I think there are a lot of other artists and trends that are more interesting and more important.

K-pop and Korean cinema play a big role in your first book. Are there any new movements or trends you cover in this latest edition?
For music, I added some information about Korean classic rock (from the 1960s and 70s) and a short essay about the rise of the modern indie rock scene, which are probably the two areas of Korean pop culture I love the most. Over the past decade, there has been a growing revival of interest in older Korean rock/pop music, as seen in groups such as Chang Kiha & the Faces or the Barbarettes, as well as the retro elements in electronic artists like DJ Soulscape. Indie rock is more vibrant than ever, with more and more groups touring North America, Europe, and other places.
For pop music, I guess the biggest change is how much the music industry has become integrated into the worldwide music business. Top songwriters from Sweden and around Europe work with local music labels to make pop hits. It’s not just desperate labels throwing money at past-their-prime producers now. It’s a much more mature business now, operating at a very high level of production.
For movies, most of the big stories for the past decade have been in commercial cinema. There have been more successful blockbusters, with new directors making fun, exciting, mainstream movies. When the first edition of Pop Goes Korea came out, I think people were still unsure of how strong the movie industry was, and whether its successes could last. But after a decade, I think it is pretty clear that the Korean film industry is one of the strongest in the world.

Where do you see Korean popular culture heading over the next ten years? Do you feel that the future is bright for the industry?
I think the next decade will certainly be challenging, and the changes pressuring the rest of the world’s pop culture (Netflix and other digital services) are also causing pressure here. But Korea’s creators have repeatedly shown themselves to be up to those challenges.
My thesis, from the first edition of the book to now, has been that there are structural reasons why Korea’s pop culture industries have been able to stay at the forefront of these changes. It’s not about government handouts or protecting artists from the rest of the world. It’s about engaging with the best from around the world, and creating systems that let artists, producers, and entrepreneurs do their best work.