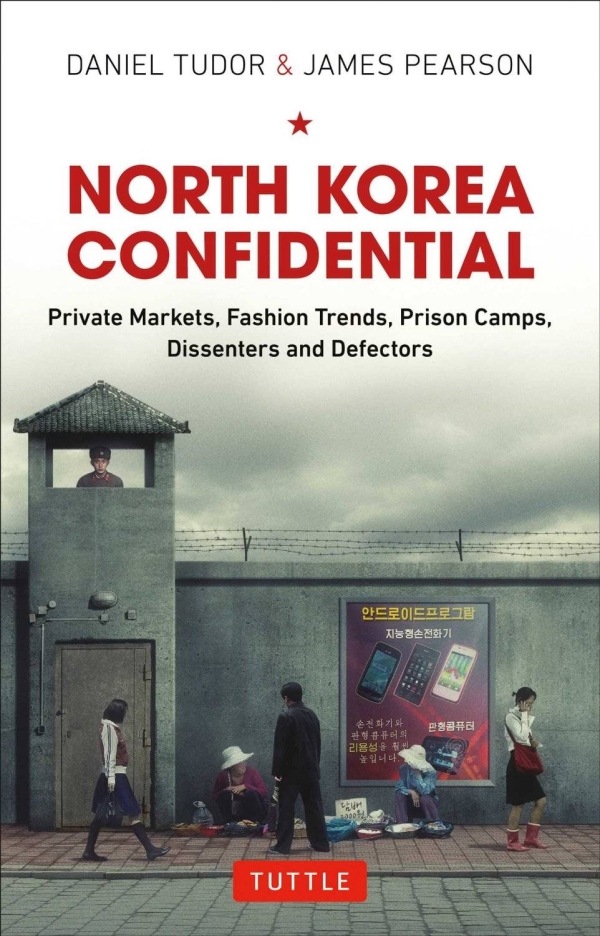 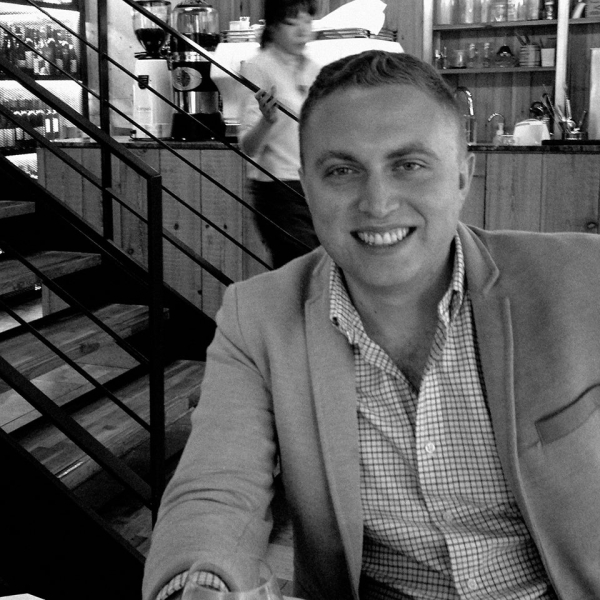 One of the most informative and contemporary books to be released on North Korea in early 2015, North Korea Confidential focuses on real daily life in the country as opposed to broader strategic security questions. James Pearson from Reuters and Daniel Tudor formerly of The Economist are two leading British journalists who deliver an insight into the North Korea through their personal insights and first hand reporting.

The book focuses on what life is actually like in modern North Korea today for the ordinary "man and woman on the street." Through a variety of sources, from the citizens of Pyongyang to defectors from different periods and regions, to former diplomats and NGOs with years of experience in the country, to cross-border traders from neighboring China, the book is an informative guide to real life in the isolated country. The book explains how the North Korean famine of the 1990s was an important catalyst which accelerated North Korean marketization and paved the way for a form of free capitalism which holds today’s North Korea together.

James Pearson is a correspondent for Reuters in Seoul, where he covers politics and general news in North and South Korea. He holds a BA in Chinese and Korean from the School of Oriental and African Studies (SOAS) and a Master's of Philosophy in Oriental Studies from the University of Cambridge. Mr. Pearson met up with the Asia Society in a coffee shop in Seoul to discuss the book and its key issues.

Tell us about your way into Korea and what prompted you to write a book about the North Korea?
I was born just before the Wall came down and therefore grew up without the drama of the Cold War and the stories of Russian spies that were the hallmark of that era. The fact North Korea so stubbornly outlived the collapse of the Soviet Union sparked my curiosity as a teenager, and I’ve been closely following developments in the country ever since. As an undergraduate student of Chinese, I added Korean to my degree and started focusing all my research on North Korea, and its relationship with China.

I met Daniel Tudor when he was promoting his book Korea: The Impossible Country in the UK, and was impressed at his refreshing and up-to-date take on South Korea that was far more ‘real’ and contemporary than its peers. North Korea Confidential aims to fill a similar gap in the North Korea book market. There are already some fantastic titles out there, but there is also a real glut of security-focused books that dwell too much on policy making or the lives of the leaders. These are still important issues, but if you really want to understand how the country works, it’s important to know what people have to deal with on a day-to-day basis.

We wanted to write about what life is really like. People still have fun in North Korea. They fall in and out of love, they get drunk, they do drugs, and they squabble over money and education. Despite the daily challenges of dealing with the demands of the state, many people lead (comparatively) normal lives. There are of course also great social fears too, the risk of imprisonment is high for those who inadvertently undermine the state.

But if you have money In today’s North Korea, you can do almost anything you want, and there are now more and more people with that money thanks to an economy that has become increasingly marketized, despite government restrictions. You can buy your way in to lucrative social positions, and out of trouble with the authorities. The government sets wages according to an official exchange rate of 1USD=96KPW that no-one adheres to but the actual rate, as we say in the book, can be as high as 1USD=9000KPW on the black market. This means the 6,000 won a month paid to a civil servant only just covers the cost of a pack of cigarettes and a lighter. To survive, people turn to the market, particularly the women, who are often less obligated to work in a state-controlled job.

This is a fundamentally important thing to be aware of when it comes to understanding North Korea, and that is why we start the book with a detailed chapter on money and the markets, as opposed to the usual drawn-out explanation of the Korean War and its history.

What were some of the biggest challenges you faced in writing the book? Were there any personal risks involved?
The biggest obstacle to writing accurately about North Korea is obtaining up-to-date and relevant information – a feat some say is all but impossible. There were, and still are elements of truth to that statement but, these days, with publicly available satellite imagery and thousands of tourists entering North Korea every year (and taking their internet-enabled mobile phones with them), obtaining information such as prices, street names and the ‘word on the street’ in Pyongyang is easier now than it ever was before.

We talked to traders, tourists, defectors and people who travel to North Korea regularly. In terms of our own personal risk, we of course went to great lengths to corroborate our sourcing and confirm that the information in the book is accurate. That, however, is more of a professional risk. If there is any personal risk, it is shouldered by the people we talked to, and it is for that reason that we went to great lengths not to name or expose anyone whose security would be jeopardized for talking to us, just as we would in our day jobs as journalists.

You mention in Chapter 1 how the famine was a catalyst for change in North Korea. What were some of these changes that came about?
During the famine of the nineties, the people learned that they really could not depend on the state to survive. The public rationing system all but collapsed and people were left to fend for themselves. People had to get food to live, and many had to make money to buy food. This provided a catalyst for a pre-existing network of illegal markets to really grow. The markets had always been there, but what the famine did was to really necessitate it. The currency revaluation in 2009, which knocked two zeros of the Korean People’s Won and essentially confiscated people’s savings further cemented this air of mistrust between the money-makers and the State.

These markets now act as a bit of a valve release for the government – they are a necessary evil which alleviates some of the pressure to reform and embrace change. They still clamp down on these markets, but they are not closing them, and instead what we are seeing is the regulation of illegal market activity, and the slow integration of the markets into the rest of the economy. So although the famine was completely devastating, it arguably did sow some much-needed seeds of economic change.

As the North Koreans say, they sell everything in the market but a cat’s horn!

Does this low-level marketization of the North Korean economy reflect on how the rest of society works?
You would be hard pushed to find a North Korean who does not in some way shape or form reply upon the market. Even if they are a Pyongyang government official, they will still be buying goods using the black market exchange rate or in a foreign currency, like euros dollars, or yuan. The whole country has been touched by this, it is not a phenomenon reserved for the elite.

What is life like for an average North Korean? Are they as oblivious to the outside world as many of us may think?
It is no exaggeration to say that North Koreans do not have the same kind of access to outside information as, say, South Koreans do. But we would be doing them an injustice to say they are completely oblivious or innocent to the vices of the outside world. There is a big market for the buying and selling of information, and word of mouth has a particularly important role, as does the rise of mobile phones in the country.

From an entire offline copy of the Korean-language Wikipedia, to the trade of pornography and South Korean dramas stored on small and easily-concealed micro SD cards and USB sticks, information is traded as an important and valuable commodity between people.

There is a large and growing middle class in North Korea who are well-off and financially stable. It’s no longer a taboo to be seen spending money anymore, conspicuous consumption is one of the more notable trends frequent visitors to the country have noted over the years, and this has also created an appetite for the latest fashion trends. Skinny jeans, for example, are popular amongst women, but they are also illegal, and North Korea’s own ‘fashion police’ might try and shake you down if they spot you wearing them. In the winter, girls will wear skinny jeans with bell-bottoms and a long coat to disguise them from the watchful eyes of the authorities.

As well as the challenges of the state, many North Koreans have to overcome the same everyday hurdles as everyone else does – how do you sneak away with your girl/boyfriend to have sex without your parents finding out? What’s the cheapest way to get drunk? What’s the best way to make, save, or spend money? The answers to these questions are fascinating, but you’ll have to read the book to find out why.

You are a British national. The UK does have a presence in North Korea through the British Embassy in Pyongyang and also the British Council. How do you see the UK-North Korean relationship?
The UK describes its policy as one of critical engagement, whereby they communicate the international community’s view on North Korean human rights and nuclear weapons whilst facilitating educational and cultural exchanges between North Korea and the outside world. The idea seems to be that it is better to be there, than to not be there at all – a strain of logic we have recently seen the United States apply to its relationship with Cuba.

This has certainly given the UK comparatively wide access to the country, especially for a country that was most certainly not on North Korea’s side during the 1950-53 Korean War. It also means North Korean students have studied in the UK – something I witnessed at Cambridge. In one course on the Cold War in East Asia we had students from North Korea, South Korea, Taiwan, China, Japan and the United States, all in the same class. That’s certainly a rare collection of students, and it prompted some very interesting debate from some very interesting perspectives.

Do you have any plans for any more books on North Korea?
There is so much to be said about North Korea, and what is in the book is just the tip of the iceberg. For now, the idea is to have something on the market that is up-to-date, concise, easy to understand - and not about nuclear weapons or the leadership. Going back to the money issue, understanding why money matters in North Korea really goes some way to understanding how the whole country works, so there is certainly more to be said about that.

It is a fascinating and changing country that will only increase in importance as it continues to develop and open up to the outside world.