Moving the Dial on Malnutrition in the DPR Korea 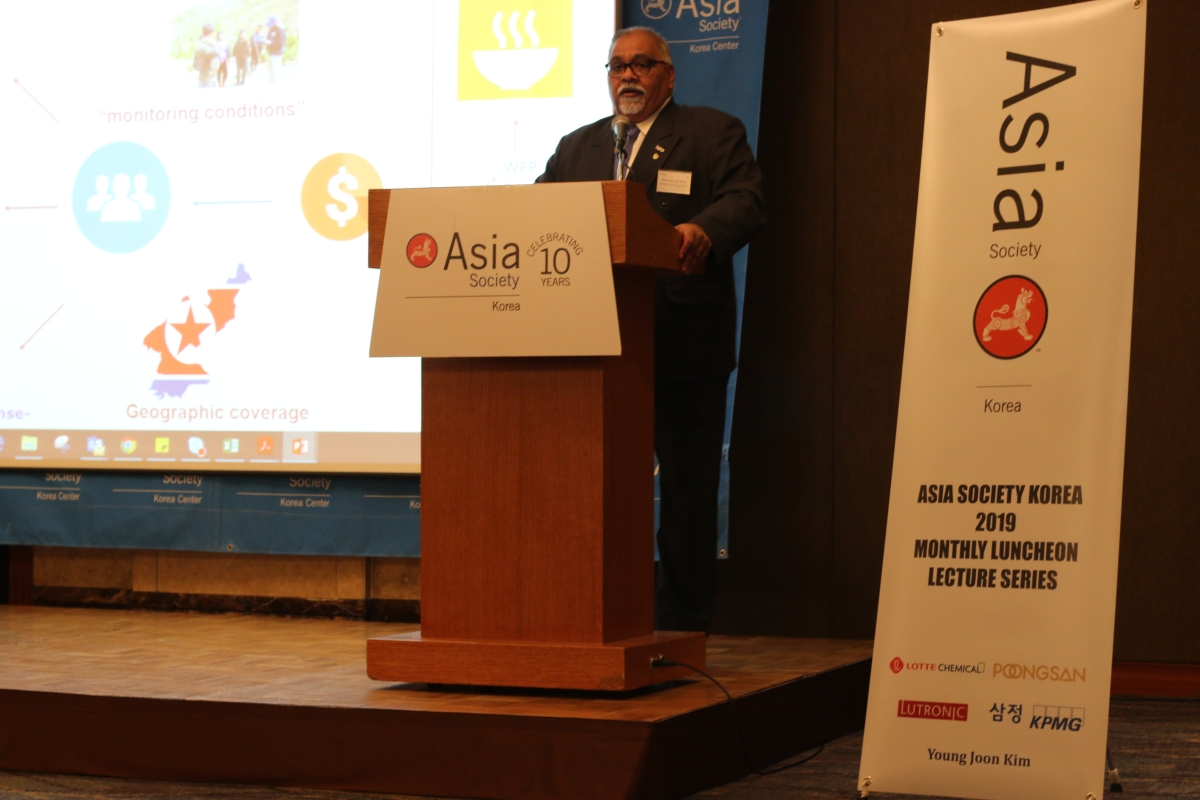 Asia Society Korea held another successful luncheon on Thursday, March 14. Those in attendance had the opportunity to listen to Mr. Praveen Agrawal give a lecture titled “Moving the Dial on Malnutrition in the DPR Korea”. Mr. Agrawal is the Representative of the World Food Programme (WFP) in North Korea, and he is tasked with managing a $52 million budget that covers the areas of food security, nutrition, and security preparedness.

Mr. Agrawal opened his talk by explaining how the WFP is dealing with malnutrition in North Korea. The object is to target women and children during their most vulnerable time, the children’s first thousand days of life. During this period, the right micro-nutrients are needed to avoid suffering from the effects of malnutrition throughout the rest of their lives. Poignantly, Mr. Agrawal showed the audience examples of malnutrition at different levels. He then pointed out that malnutrition is often misunderstood as a disease and effective action needs to be taken to combat it in places such as North Korea.

Mr. Agrawal moved on to note that the WFP provides support for societies struggling with malnutrition through mechanisms such as fortified food. At this point, Mr. Agrawal used realia in the form of a fortified biscuit to explain how, along with a normal diet, it can provide the necessary dietary requirements. A key and recurring message from the speech was the need to supply the right food at the right time. A good example was provided in the form of Latin America. Mr. Agrawal noted that many Latin American countries have an abundance of corn and grains but those food sources do not provide the necessary protein, vitamins, and minerals that a growing child needs. Next, Mr. Agrawal critically pointed out that the impacts of malnutrition are irreversible, with costs that stretch from the individual to the country at large; moreover, they continue until the vicious circle is broken.

Before wrapping up his speech, Mr. Agrawal also took some time to talk about several others issues that are impacting North Korea. First, he made reference to climate problems; for example, last year’s heat wave that engulfed the entire peninsula and a number of floods that hit the North. He also added that issues such as riverbank fortification need to be overcome to mitigate natural disasters. Second, he explained how the WFP is working to overcome food production issues to make sure they can meet demand.

Before Mr. Agrawal stepped down from the podium, he was happy to take several questions from the distinguished guests in attendance. After he responded and some interesting observations were made by the audience members, the second luncheon of 2019 came to an end. This was an event both for and about food; one that contained a very powerful and meaningful message and will give those who attended a great deal to think about.