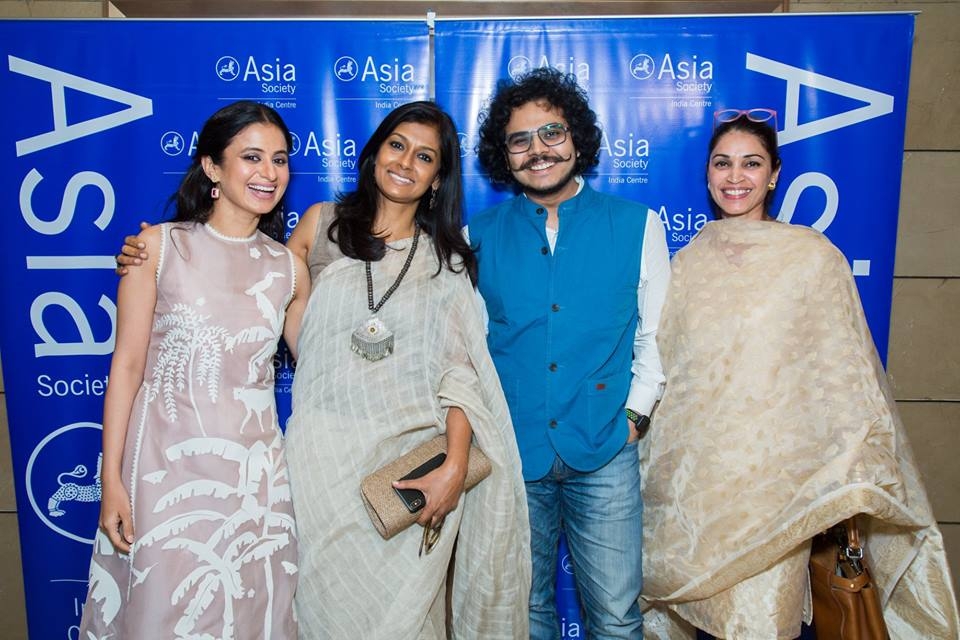 MUMBAI, September 17, 2018: In its vision to felicitate prominent contributions in Asian Arts and Culture, Asia Society India Centre hosted a special pre-release screening of Nandita Das’s sophomore film Manto on Monday, September 17, 2018 at a cinema hall in Juhu, Mumbai. The film which gained international recognition at the Cannes Film festival and the Toronto International film festival, was swiftly sold out.

Manto is a biographical drama that follows the life and experiences of the prolific Urdu writer Saadat Hasan Manto, set during the turbulent times of the Partition of India. The film took the audience on a captivating journey from Bombay to Lahore between 1946 to 1950, shedding light on pressing issues relating to child prostitution, religious intolerance and freedom of speech, which were deftly expressed through the words of Manto. The strong characterisation and compelling narrative kept the audience enthralled until the very last scene.

Following the screening, Nandita Das, the Director and Rasika Dugal, who played the role of Safiya Manto, engaged in a discussion with Raja Sen, Film Critic and Columnist, on their experiences while making the film and some of its thematic intricacies. The conversation covered Ms. Das’ intention to build a story around not only Manto’s life, but also his short stories and the iconic personalities that influenced him. The audience interaction that followed raised some interesting questions, promoting Ms. Das to share candid incidents from the casting process and approaching veteran actors for cameo roles. She spoke of her father being her inspiration to make the film and highlighted the relevance of Manto’s writings in India’s current socio-political milieu.