The Magnificent Journey: Times and Tales of Democracy 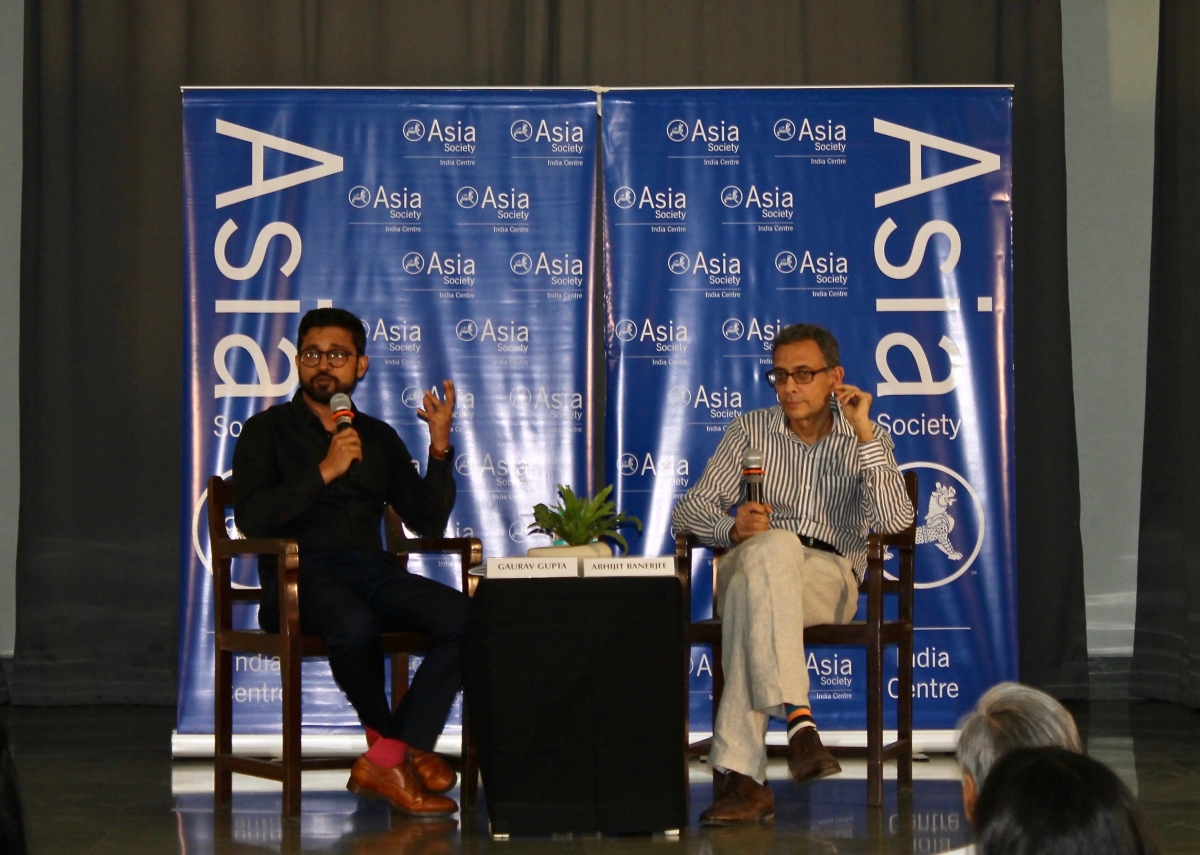 MUMBAI, April 2, 2019: As the Indian General Election drew closer, Asia Society India Centre hosted the Mumbai screening of the new documentary film The Magnificent Journey: Times and Tales of Democracy, directed by Abhijit Banerjee and Ranu Ghosh. This was the fourth programme of our India Election Series, which discusses the themes of governance, leadership and institutions.

The documentary chronicled the recent political history of democratic India. Drawing on critical interviews with would-be voters and local leaders in the towns and villages of north India, the film focused on the interests of the voter base, celebrating the average Indian voter and those players in the political system that remain on the fringes. The narrative resisted the idea that democracy is an elite preoccupation and underscored the enormous challenge of making the right choice. Interspersed animations by graphic novelist and artist Sarnath Banerjee, emphasised the humour, passion and intellectual depth that participants bring into their decisions. With a focus on West Bengal, Bihar, Delhi and Rajasthan, the film traced various opinons on issues like development, socialism, people’s rights and concerns regarding the acquisition of land, and presented the impact on the politics of various parties in the regional and national elections.

The screening was followed by a conversation between the Director Dr. Abhijit Banerjee, who is currently the Ford Foundation International Professor of Economics at the Massachusetts Institute of Technology and a co-founder of J-PAL; and Gaurav Gupta, the Regional Director of Asia at Dalberg, a global advisory firm focused on helping clients maximise social impact. The conversation covered a range of current issues including a decline in voter cynicism over the past 5 years; universal basic income and its relevance in India; and the rise of polarised political debate, globally.

Mr. Gupta pertinently discussed the gender divide in political debate amongst voters in India. While men tend to discuss and debate politcs openly, women are often relutant to voice their opinions, especially in the presence of men. Dr. Banerjee shared experimental evidence on changing voter patterns in Rajasthan. This study recorded a 50% change in leadership at the Panchayat elections, after the introduction of a single piece of information to the voter base: 'the average budgetary expenditure by Panchayat's in Rajasthan is X rupees'. Voters were left to deduce the efficacy of their leadership.