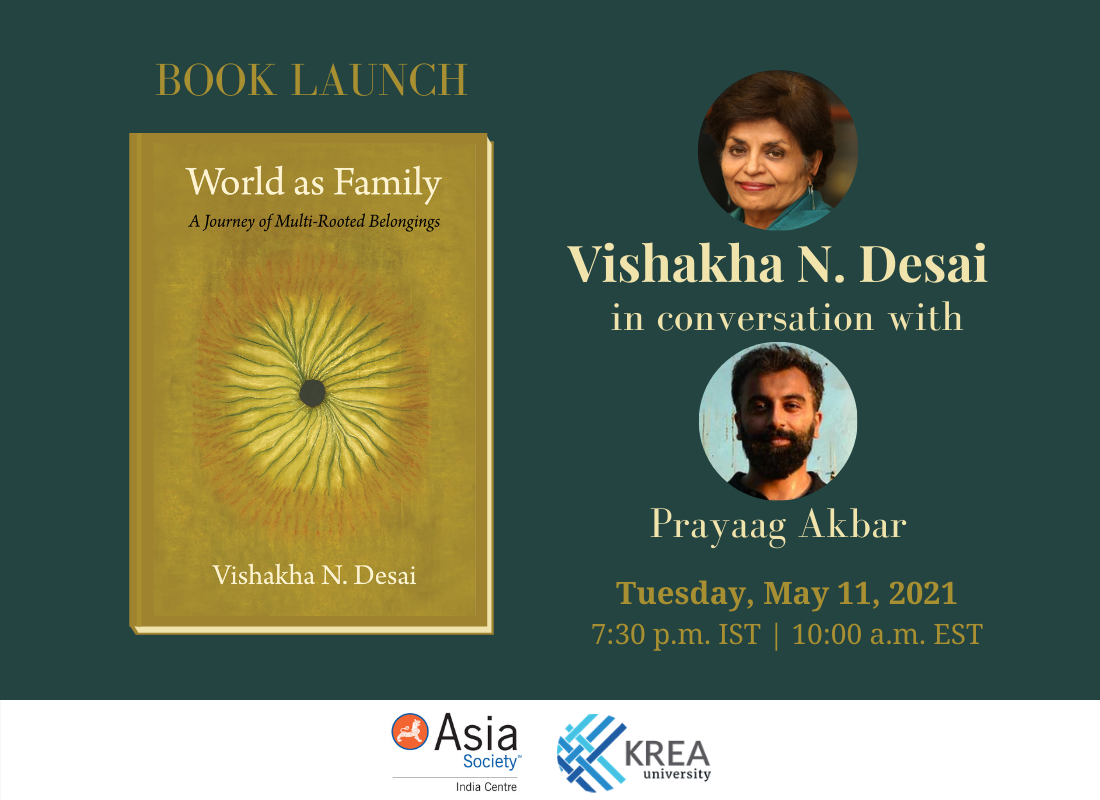 "A Vedic phrase asks us to “treat the world as family.” In our age of global crises—pandemics, climate crisis, crippling inequality—this sentiment is more necessary than ever. Solutions to these seemingly insurmountable problems demand new approaches to thinking and acting locally, nationally, and transnationally, sometimes sequentially but often simultaneously. This is the mentality of the immigrant, the exchange student, the global native, and all who have made a life in a new place by choice or by necessity. Yet we suffer from a lack of the truly capacious thinking that is so urgently needed."

In her new book World as Family: A Journey of Multi-Rooted Belongings (Columbia University Press, 2021), scholar Vishakha N. Desai unpacks the idea of the world as family by reflecting on her own life and multiple identities. She explores and revaluates the significance of global living as she traces her life from growing up in a Gandhian household in Ahmedabad, India, to arriving in the United States as a young student and her subsequent multi-dimensional career as a curator, scholar, and institutional leader. With her personal journey as the backdrop, Desai questions the very idea of home, the complexities of having multiple identities, and what it means to be both a global citizen and be rooted in the local.

To commemorate the global launch of World as Family: A Journey of Multi-Rooted Belongings, Asia Society India Centre and Krea University present a conversation between the President Emeritus of Asia Society Dr. Vishakha N. Desai and Prayaag Akbar, writer, journalist and visiting Senior Fellow at the Centre for Writing and Pedagogy, Krea University as they discuss the key ideas that have informed the writing of this extraordinary memoir.

Dr. Vishakha N. Desai is Senior Advisor for Global Affairs to the President of Columbia University, Senior Research Scholar in Global Studies at its School of International and Public Affairs, and Chair of the Committee on Global Thought. From 1990 to 2012, Dr. Desai held a variety of positions at the Asia Society, initially as the Director of the Asia Society Museum and for the last eight years as President and CEO. Under her leadership as President of the Asia Society, she expanded the Society’s reach in Asia through innovative programs and through the establishment of new centers in the region.

Dr. Desai is a Trustee of the Doris Duke Charitable Foundation and Chair of the Board of Trustees for AFS Intercultural Programs. She serves as a member of the Board of Directors of Teach For All, as well as the academic and governing councils of KREA University, slated to be one of India’s top private Liberal Arts universities, and also serves on the Corporate Board of Mahindra & Mahindra, one of India’s largest global corporations. She has served as Vice Chair of the Advisory Board of the Smithsonian’s Asian Pacific American Center, and as the President of the Association of Art Museum Directors and has been on numerous other boards and advisory committees of not-for-profit organizations nationally and internationally.

In addition to several publications, Dr. Desai is also a frequent contributor to newspapers and magazines in both the US and Asia, and her forthcoming memoir, “World as Family: A story of Multi-rooted Belonging,” will be published by Columbia University press in May 2021.

Dr. Desai is the recipient of five honorary degrees and holds a B.A. in Political Science from Bombay University and an M.A. and Ph.D. in Asian Art History from the University of Michigan.

Prayaag Akbar, alumnus of the London School of Economics, is the author of a critically-acclaimed work of fiction, Leila. His novel, published early in 2017, won the Crossword Jury Prize and the Tata Lit Live! First Book Award and was shortlisted for the Hindu Prize for Best Fiction and the Shakti Bhatt Award. It was developed into a series by Netflix, directed by Deepa Mehta. In July 2018, a new edition was released in the United Kingdom and a number of other territories.

Prayaag has worked as a journalist in a number of leading Indian publications. He was a consulting editor with Mint, a leading Indian financial newspaper, and before that was the deputy editor of the news website Scroll, where he was an early member of the team. He is currently Visiting Senior Fellow at the Centre for Writing and Pedagogy, School of Interwoven Arts and Sciences, Krea University.

This programme is convened in partnership with KREA University 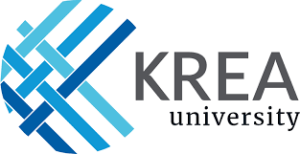