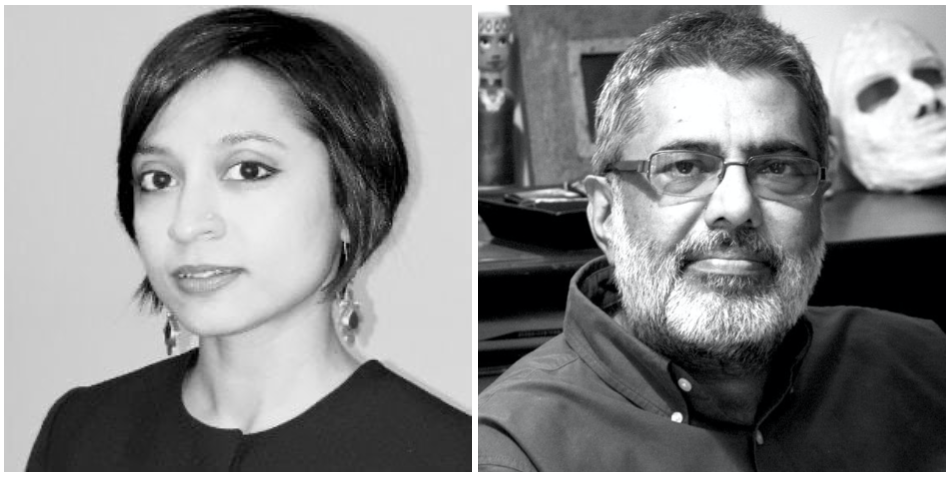 Register on Zoom to watch live

Cinema has been a crucial part of India’s cultural fabric since the early twentieth century, and it has grown to become a global phenomenon within India’s diplomatic reach. But the idea of cinema extends beyond what we see on screen; a dense network of ideas, practices and people is at play and is embedded within a history of modern India itself. Dr. Debashree Mukherjee’s recent book Bombay Hustle: Making Movies in a Colonial City is an ambitious history of these networks in Indian cinema, offering a portrait of the Bombay film industry during the talkie transition of the 1920s-1940s. The book draws on original archival research to explore what Mukherjee calls a ‘cine-ecology’, a definition of the cinematic universe that expands the idea of ‘industry’ to include the diverse energies, labour, technologies, desires, sites of production and modes of circulation that constitute the film world. At its core, the book seems to revisit the universal question: what is cinema? What can be made of cinema’s simultaneous business as an art form, industry, technology, and nostalgic infrastructure? What is its relationship with the social movements at work in a pre-Independent India?

Join us as film historian and media theorist Dr. Debashree Mukherjee, author of Bombay Hustle: Making Movies in a Colonial City and Assistant Professor at the Department of Middle Eastern, South Asian, and African Studies at Columbia University, speaks to journalist and writer Sidharth Bhatia, Founder and Editor of The Wire, about the making of Bombay Hustle, the ideas it suggests, and its relevance in the study of cinema today.

This programme will be live-streamed on Zoom and Facebook. Viewers can post questions in the comments during the live stream.

Debashree Mukherjee is a film historian and media theorist working across the fields of production studies, new materialisms, feminist film historiography, postcolonial studies, and South Asian studies. Professor Mukherjee has published in various academic journals and anthologies with a sustained interest in cities, labor, gender, and media. Since 2015, Professor Mukherjee is a core editor with the peer-reviewed journal, BioScope: South Asian Screen Studies. Her first book Bombay Hustle: Making Movies in a Colonial City (Columbia University Press) presents a practice-oriented history of the consolidation of the Bombay film industry in the 1930s.

Sidharth Bhatia is the founder-editor of The Wire and the author of several books.