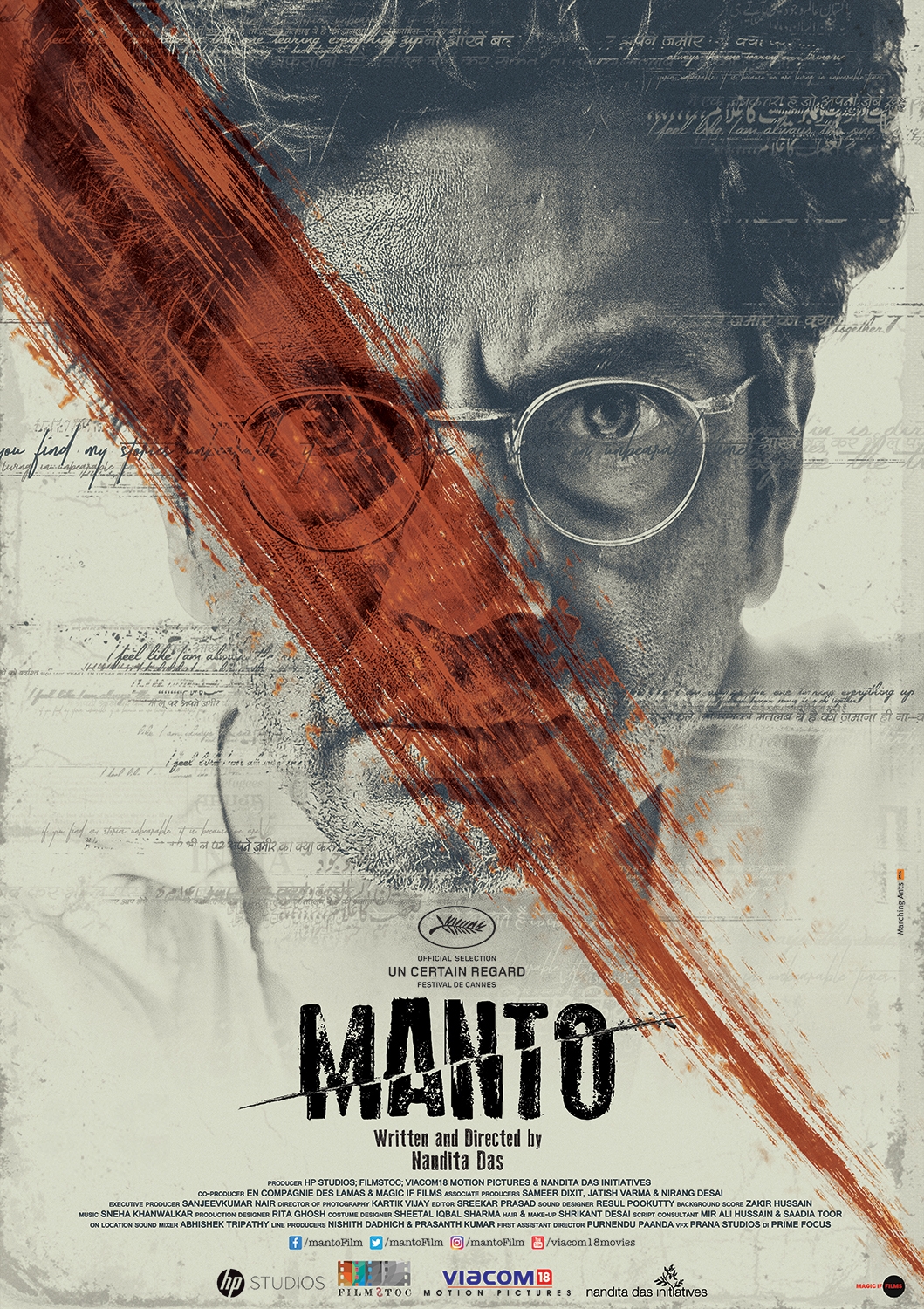 Join us for a special pre-release film screening of Manto, followed by a conversation with the film's Writer and Director, Nandita Das and Actor, Nawazuddin Siddiqui in conversation with Film Critic, Raja Sen.

Manto is a biographical drama set during India’s Independence and Partition. The film follows the most tumultuous four years in the life of the subcontinent’s greatest and most controversial Urdu writer, Saadat Hasan Manto. As sectarian violence engulfs the nation, the Indian-Pakistani author is compelled to make the difficult choice of leaving behind his beloved city of Bombay, India. In Lahore, Pakistan, he finds himself bereft of friends, unable to get his writings published and burdened by trials for obscenity. His increasing alcoholism leads him into a downward spiral. Through all of this, he continues to write prolifically, his stories mirroring the harsh reality of the times. Manto is a story of two emerging nations, two faltering cities, and one man trying to make sense of it all.

Nandita Das has acted in more than 40 feature films in 10 different languages. Her directorial debut Firaaq released in 2008 and Between the Lines marked her debut as a playwright and theatre director. In 2011 she became the first Indian to be inducted into the Hall of Fame of the International Women’s Forum. She was conferred the ‘Knight of the Order of Arts and Letters’ by the French Government in the same year.

Nawazuddin Siddiqui is an Indian film actor. Siddiqui's breakthrough role in Anurag Kashyap's, Black Friday (2007), won the Grand Jury Prize at the Indian Film Festival of Los Angeles and was a nominee for the Best Film (Golden Leopard) award at the Locarno Film Festival. He is a three-time nominee for Best Supporting Actor at the Filmfare Awards, winning for The Lunchbox.

Raja Sen is an film critic, columnist and screenwriter.

Tickets available exclusively on bookmyshow.com. No sale at the venue or box office.