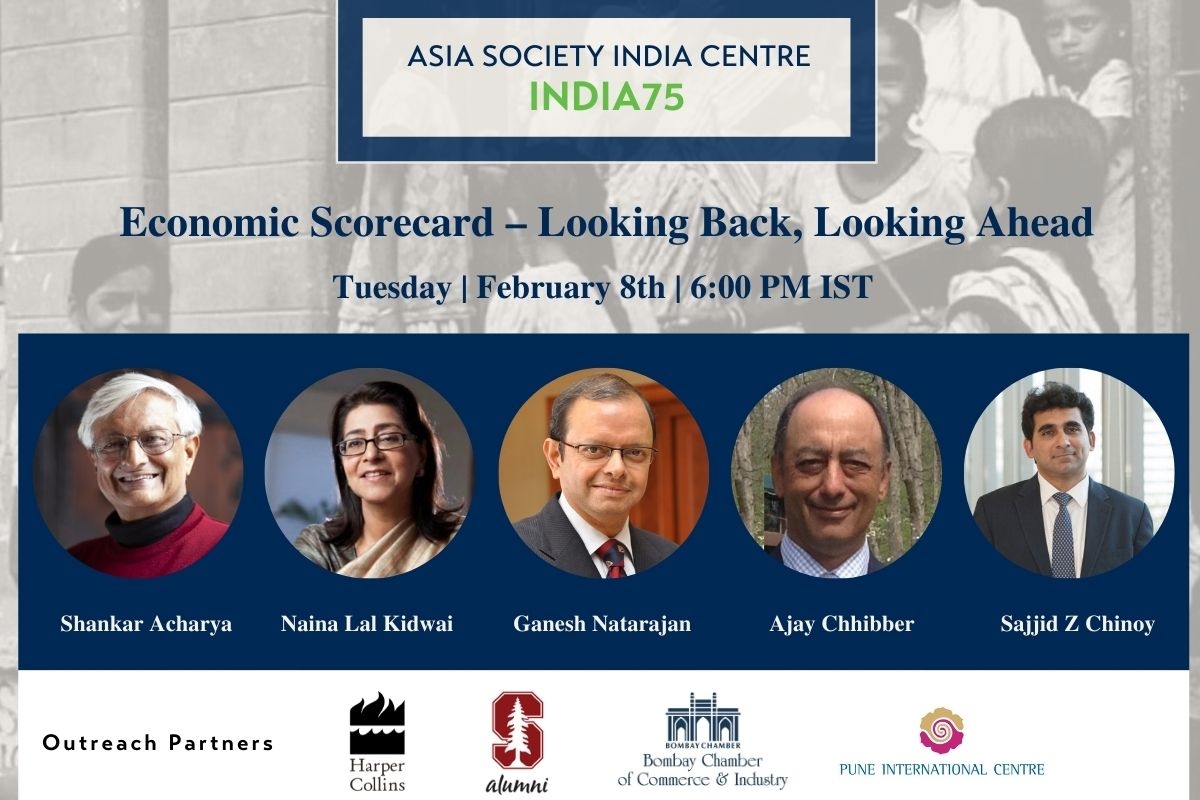 To rebuild a nation that had gained democracy after more than a century of foreign rule, had one-seventh of the world’s population and was in an abysmal economic state was a gargantuan task that needed the best minds in the country to devise a solid economic roadmap. As India celebrates 75 years of independence, its growth trajectory as one of the world’s largest democracies is acknowledged as a global success story. From a GDP of USD 103 billion at Independence, India now commands a GDP of over 2.6 trillion dollars. While GDP is an important aspect, it is crucial to take note of the policy measures and strategies that contributed to both its economic and socio-economic development. Rapid industrialization, creation of public enterprises and subsidies to promote the use of modern agricultural methods and tools have been recognized by experts as some of the early strategies for economic development that deserve commendation.

In the 1960s the ‘Green Revolution’ helped address the chronic food shortages that afflicted India’s agrarian economy. In 1991, after the foreign exchange reserves crisis, the government made a substantial shift in its economic policies unleashing a phase of liberalization, privatization, and globalization, accelerating growth rates over the next decade.

However, while we have much to be proud of, as erstwhile Prime Minister Manmohan Singh rightly highlighted, India’s growth rate between 1960 -1985 pales in comparison to the progress achieved by neighbouring East Asian countries. In his words, “In a single generation, they were able to transform the character of their economy and get rid of chronic poverty”. India continues to perform below expectations on global development indices for food security, nutrition, education, public health and infrastructure. Authors Ajay Chhibber and Salman Anees Soz in their book ‘Unshackling India: Hard Truths and Clear Choices for Economic Revival’ write that India’s growth has been lopsided when compared to East Asian nations and other developing countries. Deep structural issues in agriculture, the absence of adequate second-generation reforms in the industry & the financial sector and excessive reliance on the services sector has contributed to sluggish growth numbers in the last decade coupled with growing unemployment and inequality.

But a retrospective analysis of the last 75 years also throws up some shining figures and facts. India’s total food production, which stood at 54.92 million tonnes in 1950, had risen six-fold to 305.44 million tonnes by 2020-21. The country’s foreign exchange reserves have grown from INR 10.29 billion in 1950-51 to over INR 46 trillion currently and foreign investment has accelerated from INR 2.56 billion in 1948 to over INR 66 billion in 2022. Infrastructure growth in roads and railways, the rapid growth of the telecom, technology and financial services sectors are some of the other defining achievements of the Indian economy since independence.

Join us for a conversation with Former Chief Economic Adviser to the Government of India, Shankar Acharya, Indian banker Naina Lal Kidwai, Economist Ajay Chhibber, Executive Chairman and Founder of 5F World Ganesh Natarajan and JP Morgan's Chief India Economist Sajjid Chinoy as we discuss the road since independence, the path to surpassing the goal of becoming a USD 5.0 trillion economy by 2025, augmenting per capita income and improving socio-economic indicators. The discussion will spotlight some of the key strategies, critical industries, reforms and policies that in    Ajay Chhibber and Salman Anees Soz’s words will “Unshackle India” and unleash the next phase of more equitable economic growth.

Shankar Acharya, as the Chief Economic Adviser to the Government of India (1993- 2001) was involved in the economic reforms of the 1990s and served three successive governments. He has served as a Member of the Securities and Exchange Board of India, a Member of the Twelfth Finance Commission, a Member of the National Security Advisory Board and Economic Adviser at the Ministry of Finance. Acharya has worked in the World Bank where he led the World Development Report team for 1979 and was the Research Adviser to the Bank. He has also served as a Senior Fellow at the National Institute of Public Finance and Policy. Since 2001 he has been Honorary Professor at the Indian Council for Research on International Economic Relations (ICRIER).

Naina Lal Kidwai is Chairman Advent India Advisory board; a Non-Executive Director on the boards of Holcim, Max Financial Services, CIPLA, Nayara Energy, Gland Pharma, UPL and Past President of FICCI (Federation of Indian Chambers of Commerce & Industry). She retired on December 2015 as Executive Director on the board of HSBC Asia Pacific and Chairman HSBC India and in April 2018 from the global board of Nestle. An MBA from Harvard Business School, she is the recipient of several awards and honours including the Padma Shri for her contribution to Trade and industry. She is engaged with institutions in the environment, water and sanitation and has founded and chairs the India Sanitation Coalition and FICCI Water Mission.

Ajay Chhibber is Distinguished Visiting Scholar, Institute for International Economic Policy, George Washington University and Non-Resident Senior Fellow at the Atlantic Council. He was the first Director-General (Minister of State), Independent Evaluation Office, India and Distinguished Visiting Professor at the NIPFP. He served as Chief Economic Advisor, FICCI, Assistant Secretary-General, UN and Assistant Administrator, UNDP. At the World Bank, he was the Country Director for Turkey and Vietnam, Lead Economist for West Africa and Director of the 1997 World Development Report. He has published widely in international journals and has authored five books on economic development.

Ganesh Natarajan is Executive Chairman and Founder of 5F World. He is also Co-Founder of Global Talent Track, Skills Alpha and Lighthouse Communities Foundation and two Indo-US Joint Ventures – Kalzoom Advisors and the Center for AI and Advanced Analytics. He has completed two successful CEO tenures over twenty-five years at APTECH and Zensar Technologies. Ganesh Natarajan is Chairman of the Board of Honeywell Automation India Limited and a member of the Central Board of Directors of State Bank of India and Hinduja Global Solutions amongst others. Ganesh Natarajan has served as Chairman of the industry association NASSCOM and the NASSCOM Foundation.

Sajjid Z. Chinoy is Managing Director and Chief India Economist at J.P. Morgan. He is also currently serving a second term as a part-time member of the Economic Advisory Council to the Prime Minister. Previously, he served on the Advisory Council to India’s 15th Finance Commission and was a member of the “Expert Committee to Revise and Strengthen the Monetary Policy Framework” set up by the Reserve Bank of India in 2013, which proposed inflation targeting. He has also served on other RBI committees. In 2016, he served as a consultant to the FRBM Review Committee which proposed a new fiscal anchor for India. His research has been published in several books, conference volumes, IMF and RBI working papers, and journals. Earlier, he worked at the IMF and McKinsey & Company.