The Illuminated: Anindita Ghose in Conversation With Nilanjana S. Roy 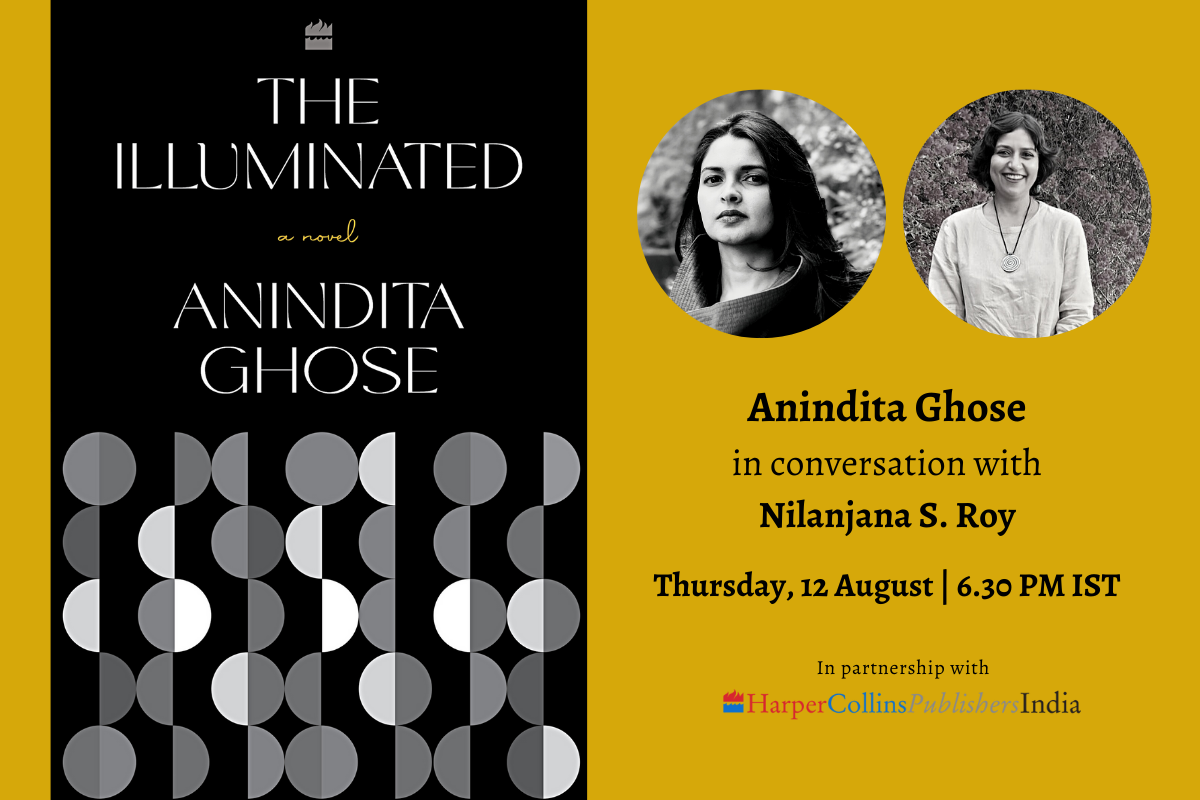 ‘When the light shifts, you see the world differently.’

“A superbly nuanced work of fiction, Anindita Ghose’s first novel The Illuminated revolves around two women: Shashi and Tara. After the sudden death of her celebrated husband, Shashi is alarmed to realize that overnight, she has lost her life’s moorings. Meanwhile, their fiercely independent daughter Tara, a Sanskrit scholar, has been drawn into a passionate involvement with an older man, which threatens to consume her in ways she did not imagine possible. Amidst a rising tide of religious fundamentalism in India that is determined to put women in their place, Shashi and Tara attempt to look at themselves, and at each other, in a new light. But is it possible to emerge out of an eclipse unscathed?”

With praise from eminent writers such as Shanta Gokhale, André Aciman, and Akhil Sharma, Ghose’s debut work of fiction The Illuminated (2021), published by HarperCollins India, engages with powerful and topical themes centered on women making their individual journeys in search of identities unapologetically their own, moored in but not helmed in by the fraught and fractured socio-political milieu, and allowing for the idea of an alternative, enabling space to exist in their reality.

Asia Society India Centre, in partnership with HarperCollins India, presents a discussion with journalist and author of The Illuminated Anindita Ghose and novelist Nilanjana S. Roy as they delve into the making of the book, writing stories as and about women, and the landscape of English writing in contemporary India.

Anindita Ghose is a writer and journalist based in Mumbai. She was previously the editor of Mint Lounge, the Saturday magazine of culture and ideas that supplements the Indian business daily Mint and the Features Director of Vogue India. She is an alumna of Columbia University’s Graduate School of Journalism. The Illuminated is her first novel.

Nilanjana S. Roy is a novelist, columnist and the editor of several anthologies. She writes a regular column on books for the Financial Times; her third novel, Black River, will be published in 2022.