Humans of Covid: Barkha Dutt in Conversation With Tina Brown 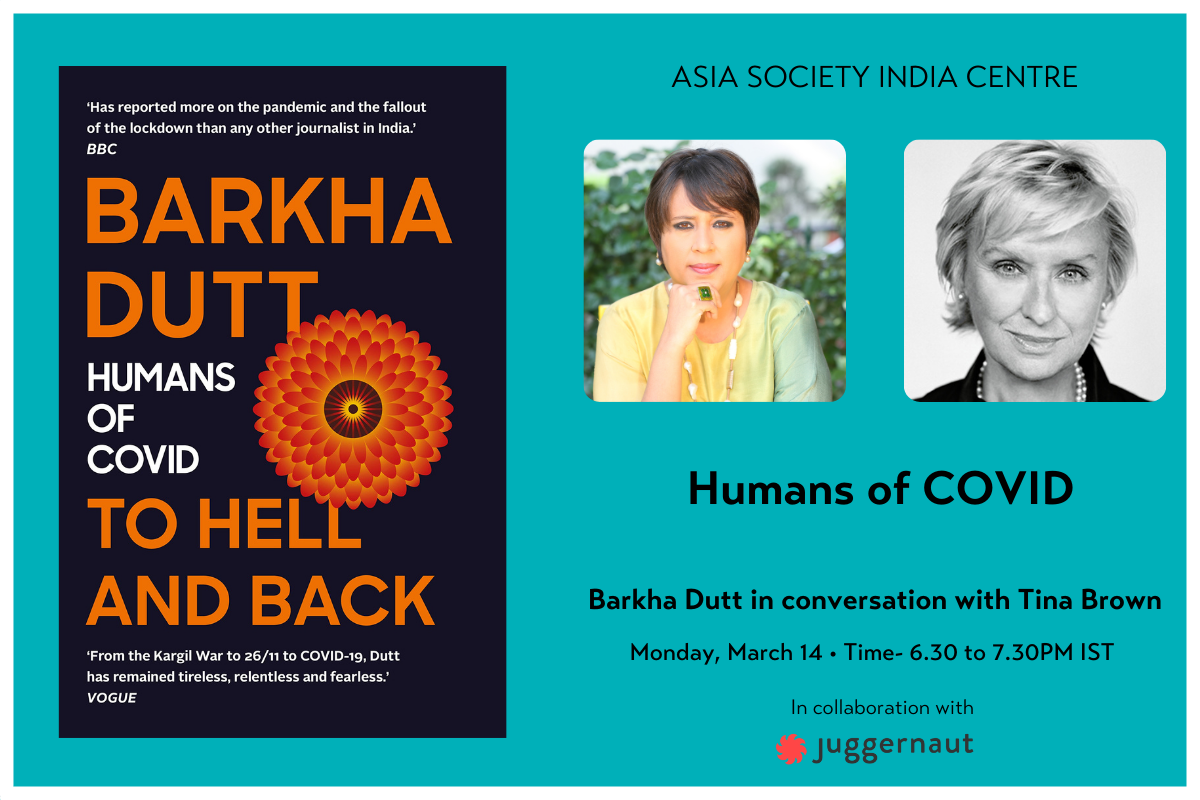 "Poverty will kill me now, the virus will take time…But what options do I have?” questioned Rajneesh, as he began a month-long journey on foot back to his village. On 24 March 2020, India went into a nation-wide lock-down in an effort to contain the spread of the COVID-19 pandemic, forcing 1.3 billion Indians into their homes in what is often called the world’s largest lockdown.

The lockdown, which was hailed by many experts as knee-jerk, left millions of migrants constituting the urban labour force in construction, hospitality, vocational and manufacturing industries and most importantly in urban homes stranded. According to a report published by Azim Premji University “State of Working India 2021”, at least 15 million workers were directly impacted by the lockdown, leading to the largest migration crisis as workers left urban centres for survival.

In April 2021, the country witnessed its largest surge in cases owing to the Delta variant of COVID-19. According to a Lancet study, the second wave led to more than 26.4 million confirmed cases with an estimated 274,000 deaths. Everyone was aware that the nation’s health systems were not equipped to handle a crisis of this magnitude and scale. Dr. Rupkatha, intensivist on duty, said she was short of everything- drugs, beds, oxygen, tocilizumab, and yes, even doctors, writes Barkha Dutt, as she highlights one of the many stories of the vulnerable and their despair.

In her new book, To Hell and Back: Humans of COVID, journalist Barkha Dutt pens stories that are heart wrenching and highlight glaring lacunas in India’s development. With her small team of three, she embarked on a journey covering 30,000 kilometres, reporting and documenting stories from the ground throughout the pandemic. As India prepared to stay indoors, it was Barkha’s grit and courage that brought out some of the most hard hitting reportage of the pandemic across India, reminiscent of her first field coverage during the Kargil war. Packed with stories and narratives of an India often forgotten, the book creates room for self-reflection about our values and vision for our country.

Join Asia 21 Young Leader and author Barkha Dutt with celebrated journalist Tina Brown as they delve into the making of Barkha’s book, To Hell and Back: Humans of COVID. It discusses stories of migrants, doctors, nurses, teachers, students and citizens of India in an outstanding feat of journalism.

Barkha Dutt is an award-winning TV journalist, anchor and columnist with more than two decades of reporting experience. She is India’s only Emmy-nominated journalist who has won multiple national and international awards, including the Padmashri, which is India’s fourth highest civilian honour. Barkha has reported from some of the toughest spots and conflict zones in India and across the world including Pakistan, Iraq, Afghanistan, Libya and Egypt. Her frontline reporting of the Kargil war first made her a household name. She is the Founder-Editor of Mojo, a multi-media events and content venture. She is a featured Columnist with Washington Post; appears regularly as an analyst on CNN and BBC and is also a Contributing Editor at The Week magazine.

Tina Brown is an award-winning journalist, editor, author, and founder of the Women in the World summits.  Between 1979 and 1998, she was editor-in-chief of Tatler, Vanity Fair, The New Yorker. Brown has written two books: The Diana Chronicles, and The Vanity Fair Diaries. She founded 'Women in the World' in 2009 as a live journalism platform for female leaders, CEO’s, celebrities, and global activists and hosted its first summit in 2010. Some of the women who have appeared on the summit stage include Secretary of State Hillary Clinton, Queen Rani, Susan Rice, Afghan First Lady Rhula Ghani, Oprah, Nicole Kidman, Scarlett Johansson, and Nobel Peace Prize winners Leymah Gbowee and Nadia Murad. She launched Tina Brown Live Media in 2014 to expand Women in the World internationally with summits in London, Toronto, Dubai, Delhi and throughout the United States.