Constructing an Indian Identity: Centrality of Religion and Caste in Modern India 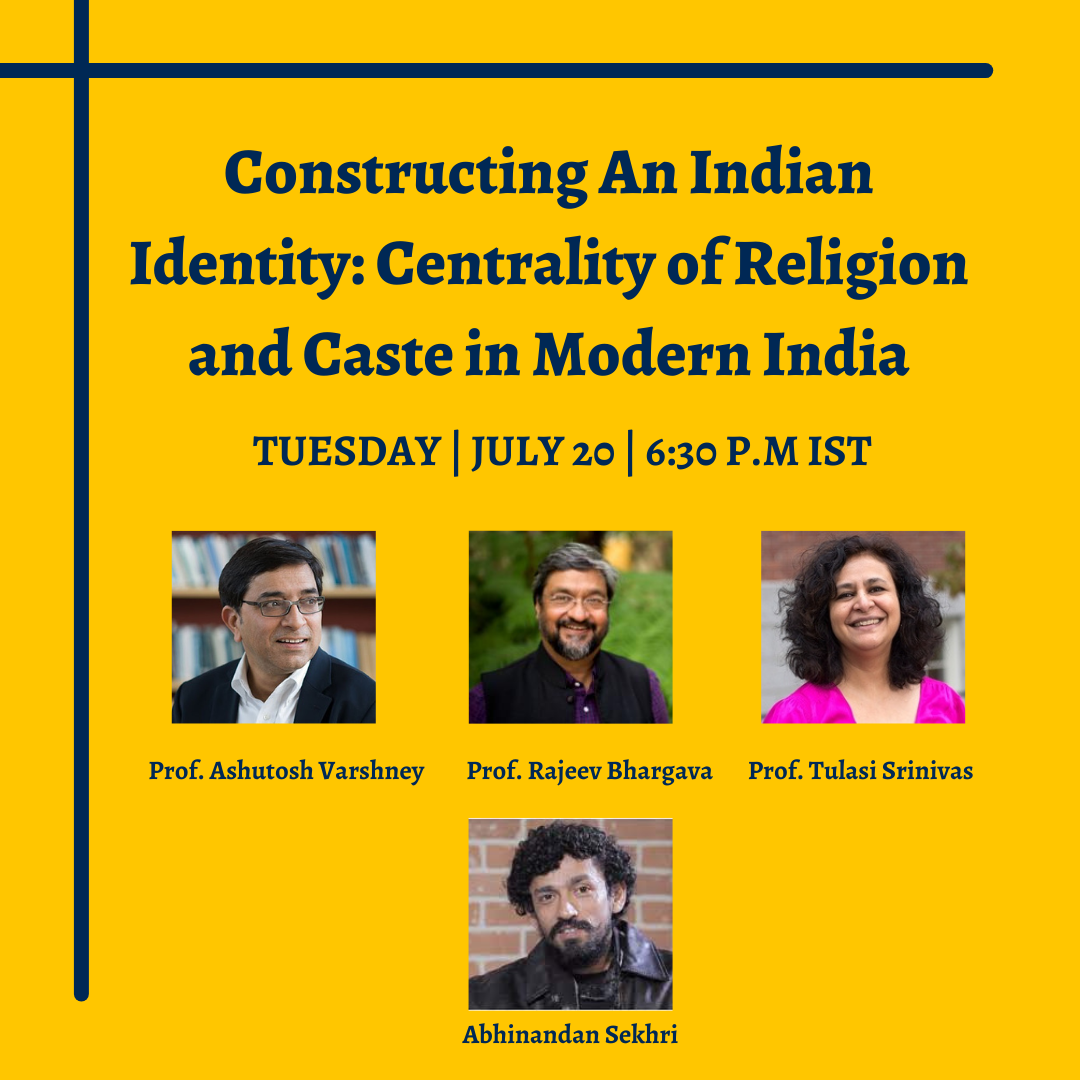 An important distinguishing and defining factor of India is its plurality, and an important unifying theme is its diversity. In this statement lies ​a self-evident truth about India; everything in India has numerous variants. The Indian society is a complex mix, united by a shared set of customs and cultures yet equally divided by caste, religious beliefs and personal laws.

In India, more than 90% of the population associates with having strong religious roots, while an overwhelming number of people from of all major religions believe in religious tolerance, reveals the findings of a recent report ‘Religion in India: Tolerance and Segregation’ published by the Pew Research Center. Home to almost one-sixth of the world’s population, India has a vast majority of Hindus but also has a substantial number of practising Muslims, Christians, Sikhs and Buddhist and Jains. These heterogeneities raise a critical question – How have Indians managed to live together with all these differences? Seventy years on since the country’s independence in 1947, India continues to face challenges, the roots of which can be traced to the country’s social evils of caste and communalism. For instance, the report highlights that roughly 20% of Indians perceive caste-based discrimination a reality in contemporary India. In addition to this, there exists a very rigid view among other religious communities barring Christians and Buddhists, in favour of preventing inter-religious marriages.

What makes these findings even more vital is their potential to influence India’s electoral politics. While South India is a clear exception in many areas, a unifying factor among North and Central India has been the aspect of language (Hindi) and its perception of synonymity with the national Indian identity. This fusion of religious and linguistic factors with national identity and its close-knit relationship with the politics of contemporary India, as suggested by some experts, is leading towards an increased polarization in the country.

How then does a variegated society like ours perceive political developments in the country? What makes religion the central theme of contemporary India’s political and social evolution? Could the present socio-economic realities of a post-COVID-19 world influence the omnipresent nature of religious institutions in the country?

Rajeev Bhargava is professor of political theory and Indian political thought, a prolific writer, and the Director of Parekh Institute of Indian Thought, Centre for the Study of Developing Societies, Delhi. He has been a Professor at the Centre for Political Studies, Jawaharlal Nehru University, New Delhi (1980-2005), and between 2001 and 2005 was Head, Department of Political Science, University of Delhi.

Ashutosh Varshney is Sol Goldman Professor of International Studies and the Social Sciences and Professor of Political Science at Brown University, where he also directs the Center for Contemporary South Asia. Previously, he taught at Harvard (1989-98) and the University of Michigan, Ann Arbor (2001-2008). His research and teaching cover three areas: Ethnicity and Nationalism; Political Economy of Development; and South Asian Politics and Political Economy.

Tulasi Srinivas is a professor of Anthropology, Religion and Transnational Studies at The Marlboro Institute of Interdisciplinary Studies at Emerson College. She has published numerous scientific and popular articles in the area of religion, democracy, pluralism and international affairs in and of South Asia. She has also served on the board of The American Academy of Religion, the American Anthropological Association and The World Economic Forum, Davos.

Neha Sahgal is associate director of research at Pew Research Center, specializing in international polling on religion. Sahgal is involved in all aspects of survey research, including designing the questionnaire, monitoring field work, evaluating data quality and analyzing results. She is an author of studies on the religious beliefs and practices of Muslims around the world, Christian-Muslim relations in sub-Saharan Africa, religion in Latin America, religious divisions in Israel, religion and national identity in Central and Eastern Europe and the role of religion in Western Europe.

Abhinandan Sekhri is the co-founder and CEO of Newslaundry. He has also co-founded the production house Small Screen with Prashant Sareen. Before founding Newslaundry, he worked as a producer, director and writer in various television and film projects, including the award-winning food and travel show ‘Highway on my Plate’, and news-satire shows such as ‘Gustaakhi Maaf’ and ‘The Great Indian Tamasha’.

This programme is convened in partnership with:

Online
Tue 20 Jul 2021
6:30 - 7:30 p.m.
Mumbai Time
Calculate your local time »
Register Now
20210720T183000 20210720T193000 Asia/Kolkata Asia Society: Constructing an Indian Identity: Centrality of Religion and Caste in Modern India A discussion on the role of religion in contemporary India and its influence on the country’s social, economic and political developments.