Bullets Over Bombay | Uday Bhatia in Conversation With Ranjani Mazumdar 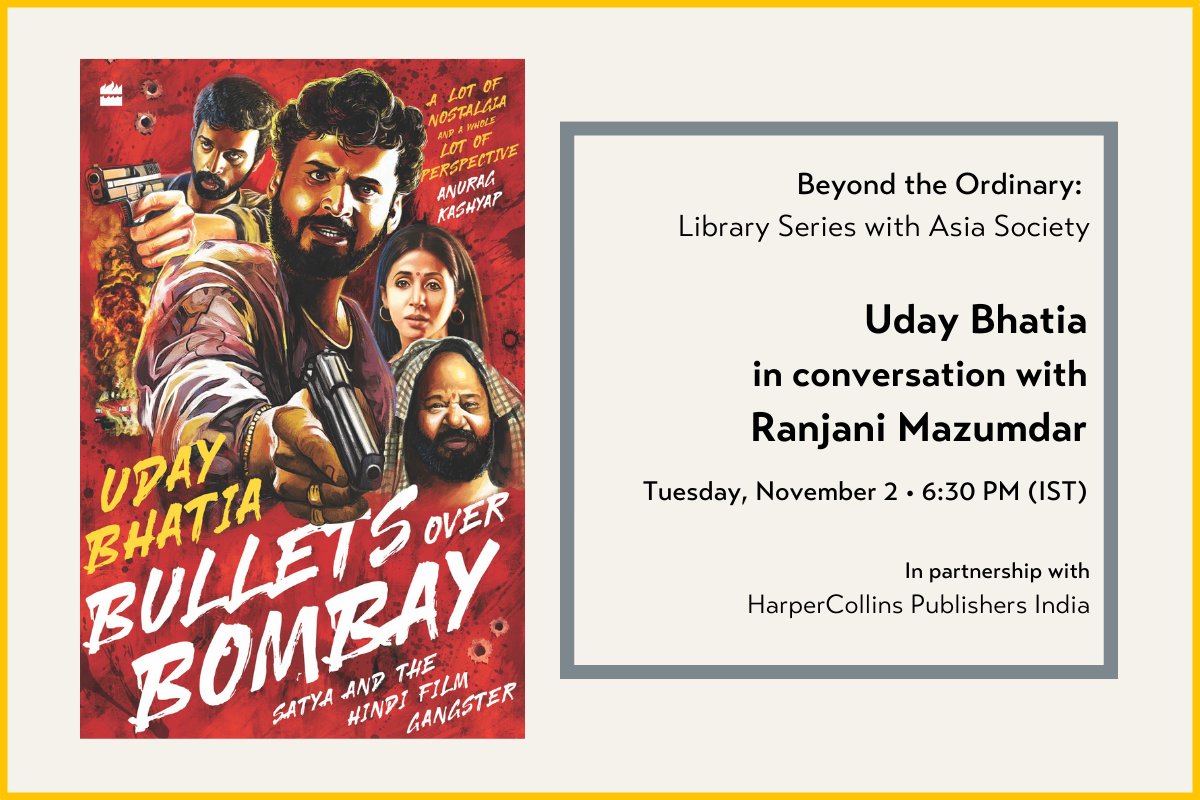 “Every film is a documentary of its own making, the French director Jacques Rivette once said”, writes film critic Uday Bhatia in his debut book Bullets Over Bombay: Satya and the Hindi Film Gangster. “From this, we might infer that a film, aside from being a visual record of performance and storytelling, is a record of the actors in it, and of those directing and photographing and writing lines, and everyone else involved with the production. With every film, you’re watching the end result and part-witnessing, part-imagining the circumstances of its creation. This is what Satya has become for me.”

In 1998, Ram Gopal Varma’s Satya opened to widespread critical acclaim. At a time when Bollywood was still rediscovering romance, the film dared to imagine the ordinary life of a Mumbai gangster. It kicked off a new wave of Hindi gangster films that depicted a vital, gritty side of Mumbai, rarely shown in mainstream cinema until then. More than two decades later, it has become an iconic film. When it was released, the regular moviegoer would have been hard-pressed to recognise more than a couple of names in the film’s credits. Today, it reads like an honour roll: Anurag Kashyap, Manoj Bajpayee, Vishal Bhardwaj, Saurabh Shukla, and many more. Speaking to the people who made Satya a landmark film, Bhatia’s book tells the incredible story of how it all came together and why it went on to become a modern classic.

Asia Society India Centre, in partnership with HarperCollins Publishers India, presents a conversation between Uday Bhatia and film scholar Professor Ranjani Mazumdar as they unpack the making of the book, delving into the socio-cultural context of the film, the cinematic traditions it has drawn from, and its relationship with the city of Bombay.

This programme is the second in Season One of Beyond the Ordinary: Library Series with Asia Society, a curated series of book discussions spotlighting extraordinary literary voices and worlds from across South Asia. Developed in partnership with HarperCollins Publishers India, the first season focuses on extraordinary non-fiction writing from India. It features creative professionals from across sectors that are presenting unique perspectives on the world through memoirs, reportage and analytical study.

Uday Bhatia is a film critic with Mint Lounge in Delhi. He is the author of Bullets Over Bombay: Satya and the Hindi Film Gangster (2021), published by Harper Collins Publishers India His writing has appeared in Time Out Delhi, The Caravan, GQ, The Indian Quarterly, The Indian Express and The Hindu Business Line.

Ranjani Mazumdar teaches Cinema Studies at the School of Arts & Aesthetics, Jawaharlal Nehru University. Her publications focus on urban cultures, popular cinema, gender and the cinematic city. She is the author of Bombay Cinema: An Archive of the City (2007) and co-editor with Neepa Majumdar of the forthcoming Wiley Blackwell Companion to Indian Cinema (2021). She has also worked as a documentary filmmaker and her productions include Delhi Diary 2001 and The Power of the Image (Co-Directed). Her current research focuses on globalization and film culture, intermedial encounters and, the intersection of technology, travel, design and colour in 1960s Bombay Cinema.