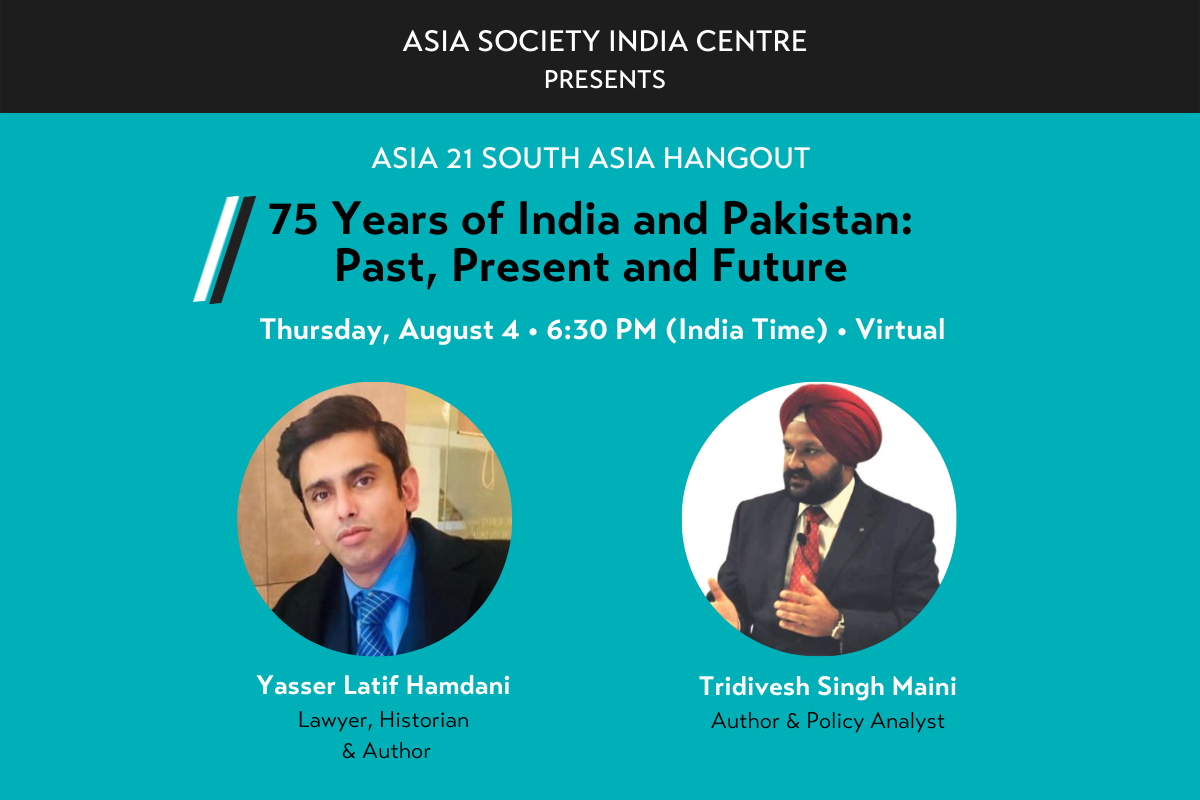 In August 1947, the British Raj withdrew from what was then undivided India, leaving in its wake not one, but two young nations - the result of a bloody and violent Partition of the subcontinent into what the modern world knows as India and Pakistan. Since Independence, both countries have worked towards building their distinct identities, each making  significant strides across disciplines and  fields of work.  Relations between India and Pakistan have largely been overshadowed by politically-driven narratives, but their shared pasts present a fertile common ground to discuss the contemporary economic, social and cultural ties between the two nations and the ways in which these ties can evolve in the future, given the current geopolitical landscape of South Asia and its relationship with other parts of the world.

With this in mind, we are excited to commemorate 75 years of Independence with a special India-Pakistan session for Asia Society’s  Asia 21 Young Leaders spotlighting two Asia 21ers from Pakistan and India who are well-versed with the challenges faced by India and Pakistan, historically and in the present.

Join us for “75 Years of India and Pakistan: Past, Present and Future”, a virtual fireside chat between Yasser Latif Hamdani (Batch of 2013) and Tridivesh Singh Maini (Batch of 2013) on Thursday, August 4 at 6:30 PM India Time, which focuses on  the developments and challenges faced by India and Pakistan individually and collectively over the past 75 years, and the way forward in building bridges between the nations. They will focus on common issues and opportunities, such as religious tourism, educational collaborations, medical tourism, and the potential of arts and culture in creating an amicable and sustainable future for the two countries.

This will be a closed-door virtual discussion open to all Asia 21 members, along with some special guests from Asia Society India Centre. To know more about the registration process, please write to Rohan at rsingh@asiasociety.org