Anecdotes From the North Block: Policy Lessons for a Post-COVID Indian Economy 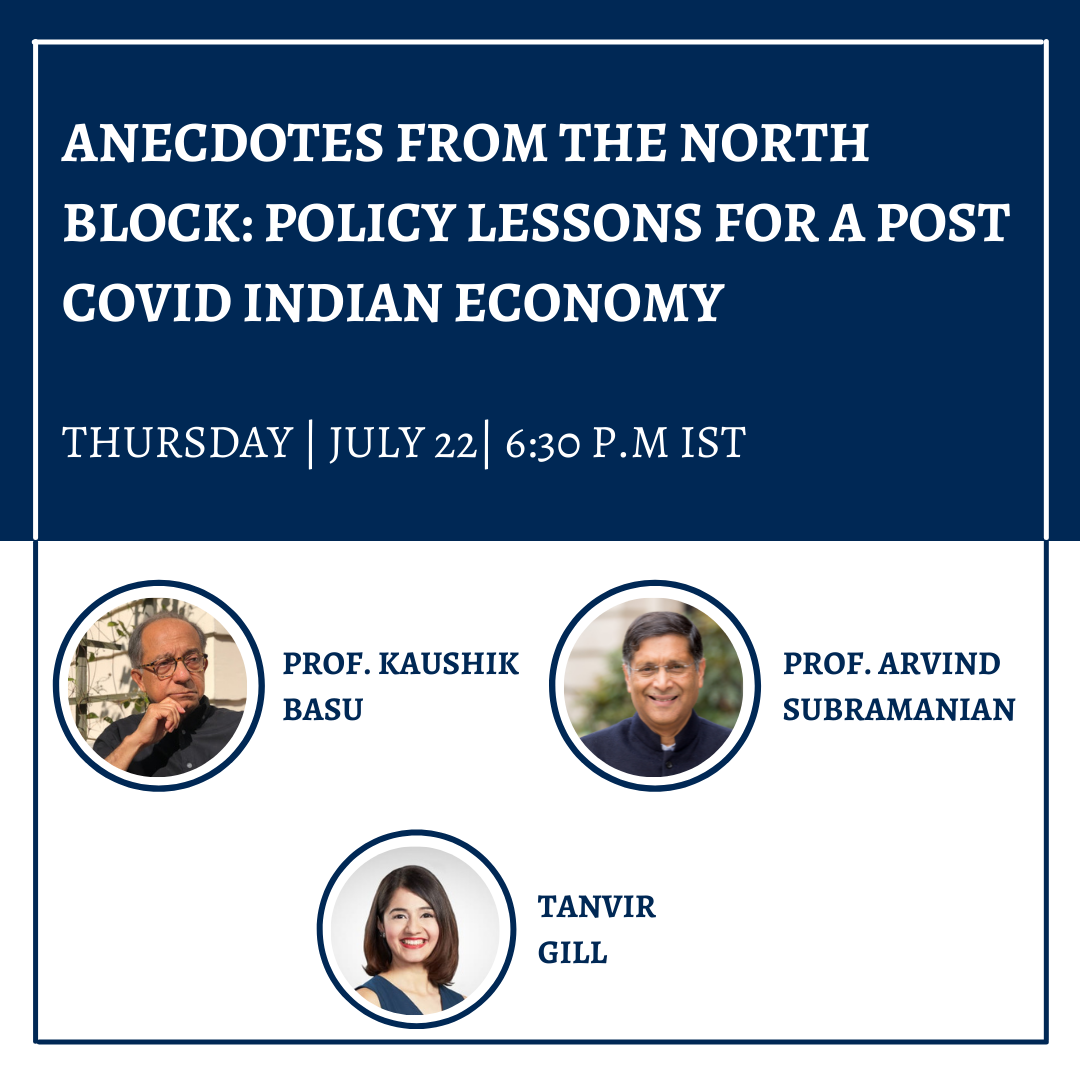 “India needs to shift from its relatively vertical structure of permission system which slows down decisions to a more horizontal, partitioned democracy,” writes Prof. Kaushik Basu in his new book Policymaker's Journal: From New Delhi to Washington D.C, commenting on the nature of policymaking in the country. As India works on getting its economy back on its feet after two years of stultifying economic progress, consensus-based policymaking could be the best way forward. Though the extent of stakeholder involvement in policy formulation is debatable, inclusive and progressive policies will require all voices to be heard.

The ongoing global economic slowdown has much in common with the Global Financial Crisis of 2008. Then, the country’s economy underwent significant adjustments on account of the crisis. What followed were a series of socio-economic and political developments which resulted in the great recovery story for India, so much so that in the succeeding years, India’s growth rate moved ahead of China. For experts like Prof. Basu who had transitioned from academia into the world of Indian politics and policy planning, this time proved to be amongst the most crucial years for the Indian economy.

Economic recovery in India will also depend heavily on how policy planners engage with timely, evidence-based models while also adapting to the dynamic changes triggered by the digital world. In a global economy which is increasingly moving towards protectionist policies, how can India spearhead an equitable and inclusive economic strategy? Going forward, how should policy planners navigate real-world politics in a post-COVID-19 global order? And even as they assume these Herculean tasks, it is also important to consider that they are human after all, and unrealistic expectations that fulfill one’s utopian ideals and pre-conceived designs of governance are only unfair.

Join us for a conversation on an insider’s view of economic policy planning in India and globally, lessons for post-COVID-19 economic revival and a candid and witty account of the nature and process of decision-making in the country with Prof. Kaushik Basu and Prof. Arvind Subramanian. The discussion will be moderated by Tanvir Gill.

Kaushik Basu is Professor of Economics and the Carl Marks Professor at Cornell University. From 2012 to 2016 he was the Chief Economist of the World Bank. Educated at St. Stephen’s College, Delhi, and the London School of Economics, Basu has published extensively in development economics, game theory, welfare economics and industrial organization. His most recent book The Republic of Beliefs: A New Approach to Law and Economics was published by Princeton University Press in 2018.

Arvind Subramanian is a visiting lecturer at Harvard’s Kennedy School of Government and a non-resident senior fellow at the Peterson Institute for International Economics. He is the former Chief Economic Adviser to the Government of India. Professor Subramanian researches and writes on the Indian economy, as well as on economic development and the international systems of trade, aid, and finance.

Tanvir Gill is the co-anchor of CNBC’s Street Signs Asia. Since joining CNBC in February 2019, Gill has covered several important events for the network. Tanvir led CNBC’s coverage of the 34th ASEAN Summit in Bangkok, Thailand where she reported on the RCEP deal & its future with the Prime Minister of Malaysia, Dr Mahathir Mohamad and Indonesia’s Trade minister, Enggartiasto Lukita.

This programme is convened in partnership with: