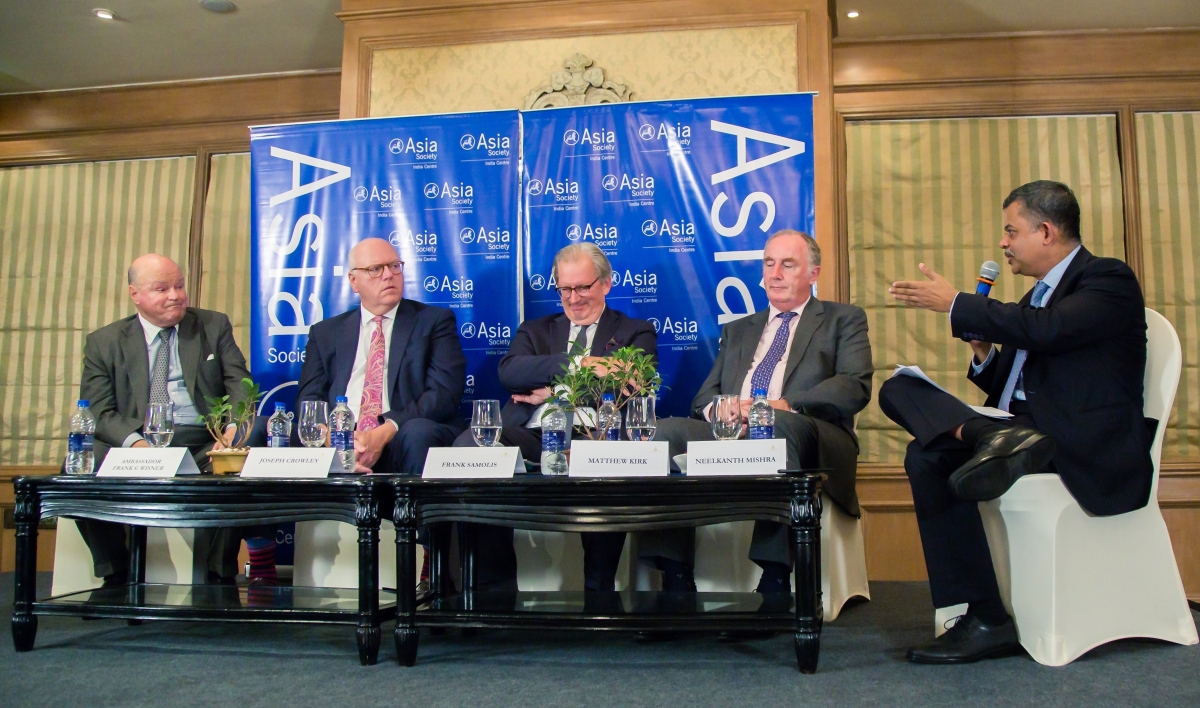 Ambassador Wisner began by speaking about the rapidly changing dynamics of the world today. “The assumptions of global power are changing, power is becoming diffused,” he said. He also made an observation on the long-standing rules of commerce and international politics, and how nations are casting aside respect for them today. We now have to deal with challenges posed by countries all over the world prioritising national interests. He also acknowledged the role played by US policies due to the profligate use of national power in Iraq and Afghanistan, and today has a leadership that is less predictable and consistent and has a narrower view of American interests and international standing. Despite these conditions, he note that US-India bilateral relations are at a particularly strong and useful point, and that the best days of this relationship are ahead of us.

Mr Mishra started the discussion by asking about the impact of the trade disputes affecting the volume of trade between countries. Ambassador Wisner responded that the impact of the trade dispute will be over issues other than trade volume like technology transfer, currency manipulation, state subsidies for exports from China, etc. which can all be managed for mutual benefit. Mr Samolis observed that alternative supply chains need to be developed in the backdrop of President Trump's policies and trade was with China. “We can deal with bad news, we cannot deal with uncertainty,” he said. While responding to a question on the trade issues underlying Brexit, Mr Kirk highlighted the relevance of the Good Friday Agreement of 1998. While largely ruling out a possibility of a reversal of Brexit, he expressed hope for an orderly Brexit and not a no-deal Brexit. Mr Mishra also asked about the response of some of the leading Democrat candidates commenting on the Kashmir issue in India and how the US-India relations would be expected to proceed in the case of their election. Mr Crowley’s response expressed hope for greater international cooperation, greater willingness in the Democratic administration, and the need for collaboration between the White House and the Congress on the issue of immigration, which is also an important concern for India.

Some of the other issues discussed were the role of multilateral organisations like the WTO and the need for their structural reform, tackling the issue of plastic overuse and climate change, the perception of Indian pharmaceutical products in the US and elsewhere, etc.

The discussion was followed by an engaging session of audience Q&A.