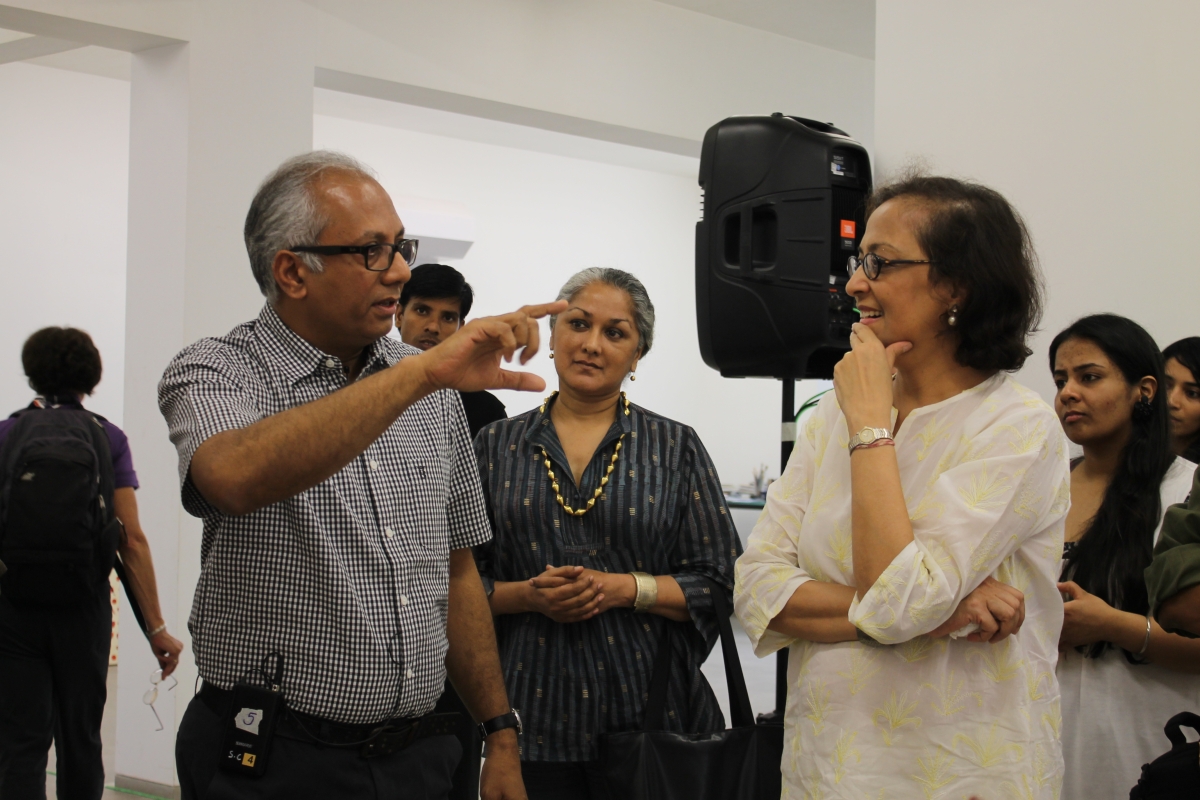 MUMBAI, October 20, 2012 — For the second event in Asia Society India Centre's Rendezvous with the Artist series, members and guests traveled to the densely populated Mumbai neighborhood of Ghatkopar, where contemporary Indian artist Atul Dodiya treated the audience to an extended talk about his life and his art in the privacy of his pristine state-of-the-art studio. He explored his entire 30-year career, discussing numerous installation projects, painting series and a new group of his well-known shutter paintings, ready for pick-up for the 2012 Asia Pacific Triennale (APT).

Dodiya talked about the immense creative freedom he enjoys, but also the intermittent solitary turmoil of many artists when they cannot decide what subjects to paint, or even how to proceed. Most prominently on view was a huge multi-media installation of cabinets he had just finished for the APT as part of the 20-year archival project commissioned by the Queensland Art Gallery in Brisbane. Dodiya stated, “One of the most important things from an artist’s side is to exhibit to share, not to sell.”

Indian Bollywood movies inspired the artist at various stages in his life. Aspiring to be a director, Dodiya decided instead at the age of thirteen that painting was his lifeline, and that he would keep cinema as his passion. He has merged the two, often concentrating on movie villains and themes in many differing bodies of his work. Don't miss Dodiya’s interview here with Mayanka Nongpiur, videotaped onsite in the artist's studio, in which he discusses cinema and how his work is influenced by his passion.

To read more about Dodiya and a previous program at Asia Society New York, click here.