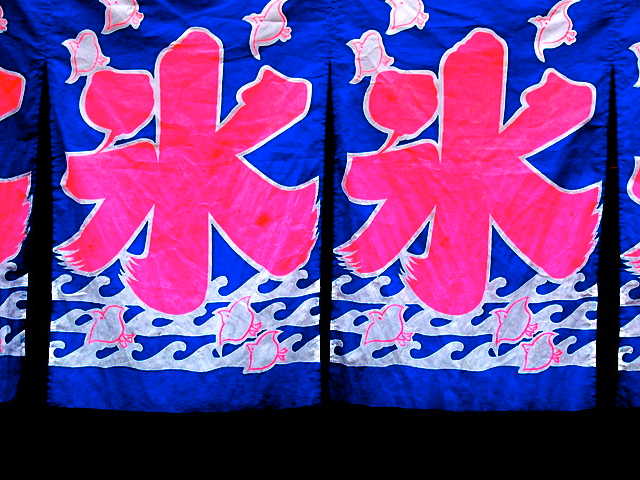 Japanese is a language isolate, spoken by 121 million people in Japanese archipelago. There are small Japanese communities in American Samoa, Hawaii, North and South America, Europe and Australia. (Source: http://www.lmp.ucla.edu/Profile.aspx?LangID=210&menu=004)

Japanese is one of the languages that The U.S. Intelligence Community mandates individuals who are proficient in reading, writing, and/or speaking. Japan is a strong ally and one of the strongest Asian trading partners of America. In 2007 the United States exported $62,703.5 million to Japan. This amount has increased by 227 percent since 1985. In 2007 the United States has imported $145,463.3 million in goods from Japan, an increase of 212 percent since 1985. According to the 2000 census there are 477,997 Japanese speakers in the United States. In 2006, 66,605 higher education students were studying Japanese. In 2000, 53,896 students are enrolled in a Japanese language course in grades 7-12 and 2,189 students were enrolled in a Japanese language course in grades K-6.

The genetic affiliation of Japanese is questioned. Since Japanese cannot be easily proven to belong to any language family, most scholars consider it a language isolate. The only languages that Japanese is related to are the languages spoken in Ryukyu islands lying South–Southwest of Japan, but the linguistic affiliation of the Ryukyuan languages is not known either. According to some accounts, Japanese and the Ryukyuan languages form Japanese–Ryukyuan language family (Ethnologue, Vance 2001). It has been proposed that Japanese may be genetically related to Korean, but that has not been proven either. Studies of Japanese have showed that Japanese contains Altaic and Austronesian elements: the phonological system is closer to that of Austronesian languages (Alpatov 1998), but the archaic lexicon seems to have more Altaic elements (ibid.). This led to the hypothesis that Japanese (or, more precisely, the ancestor of Japanese) was created as a result of mixing of two languages: the substratum language of Japan, which possibly was Austronesian, and the language of relatively recent newcomers, which possibly was Altaic (Shibatani 1992, Vance 2001). Thus, according to this theory, Japanese would be an old creole language.

Japanese is roughly divided into three dialectal groups: Eastern (Eastern and Northeastern Honshu, Hokkaido), Western (Western Honshu and Shikoku), Southern (Kyushyu),(Alpatov 1998). Dialects from different areas can be so different that they are not mutually intelligible, but most speakers are able to communicate in standard Japanese, which is based on the Tokyo dialect.

Archeological research has shown that people were present in Japan as early as 40,000 BC (according to some accounts, even as early as 200,000 BC). The first inhabitants of Japan had probably arrived from Eastern or Southeastern Asia. They were hunters and gatherers that wandered throughout the country in search of game. After 10,000 BC signs of permanent settlements and a more developed culture appear. This culture, called Jomon, continued from ca. 10,000 till 300 BC. Around 300 BC new peoples, carriers of the so-called Yayoi culture, emerged in Japan. The Yayoi culture flourished until 250 AD, when it was succeeded by the Kofun period. During the Kofun period, Japan was greatly influenced by Chinese – and to some extent by Korean – culture. Around the middle of the 6th century, Buddhism was introduced (via Korea), and it was during the Kofun period that the Chinese writing system was adopted in Japan. During the Nara and Heian periods, the major literary monuments of Japan, viz. the historical books Kojiki and Nihongi, were written, as well as the great collections of poems, Manyoshu, or “Collection of Ten Thousand Leaves”, and Kaifuso. During this period, Buddhism flourished in Japan. At the end of the 13th century (Kamakura period), Japan suffered two wars with the Mongols, and a civil war that arose between different family clans. Although the strife between clans did not cease during the following Muromachi period, this period was characterized by renaissance of secular and religious arts and strengthened interest in the traditional Shinto religion. Several decades before the beginning of the Tokugawa (Edo) period, which started around 1600, Japan was unified by several military lords, at the head of which stood Oda Nobunaga. After his assassination in 1582, Nobunaga was followed by his chief general, Toyotomi Hideyoshi, who, after having eliminated his opponents, took the control of the whole country into his own hands. Hideyoshi waged two wars with China, trying to obtain more influence on the continent, but these military actions were stopped by Hideyoshi’s death in 1598. Tokugawa Yeyasu followed Hideyoshi. During the Tokugawa period, named after the Tokugawa clan, the Japanese had their first encounters with Europeans, viz. Dutch, Portuguese and Spanish travelers, merchants and missionaries. The Tokugawa period continued until the second part of the 19th century, and was succeeded by the Meiji, a period of major changes in political and economical life. During the Meiji period, the capital was moved from Kyoto, the ancient capital, to Tokyo, formerly called Edo.

During the last decades of the 19th century and the first half of the 20th century, Japan involved in a number of wars in the continental Asia, fighting with Korea, China and Russia over political and economical influence. After World War II, during which Japan suffered several blows from the Allies, Japan started quickly rebuilding its economy, and after the third quarter of the 20th century it became one of the leading economies of the world.

Vance, Timothy, J. 2001. “Japanese”. In: “Facts about the World’s Languages: An Encyclopaedia of the World’s Major Languages, Past and Present”. Edited by Jane Garry and Carl Rubino. The H. N. Wilson Company, New York and Dublin. Pp. 345 – 9.

American Community Survey puts the population at 461,954 speakers in 2005 (http://www.mla.org/cgishl/docstudio/docs.pl?map_data_results)

Modern Language Association data show that college and university enrollments in Japanese have increased by 27.5% between 2002 and 2006, from 52,238 to 66,605. Only 4.2% of students studying a foreign language in America higher education study Japanese. (Source: Enrollments in Languages Other Than English in United States Institutions of Higher Education, Fall 2006 by Nelly Furman, David Goldberg, and Natalia Lusin http://www.mla.org/2006_flenrollmentsurvey) FLAS Allotments for 2007: There are 17 National Resource Centers and 21 FLAS INSTITUTIONS that have received FLAS funding for East Asian languages in 2007. 238 FLAS Fellowships have been allotted for East Asian languages at these institutions totaling a budget of $4,417,000. Japanese is a common East Asian language that is offered at 19 of the 21 FLAS INSTITUTIONS under the East Asian Studies Programs. Source: http:www.ed.gov/programs/iegpsflasf/awards.html (NRCFLAS grantees 2006-09.pdf) Source: http://www.ed.gov/programs/iegpsflasf/awards.html (NRCFLAS grantees 2006-09.pdf) 53,896 students are enrolled in a Japanese language course in grades 7-12 in 2000 According to a survey conducted by the American Council on Teaching Foreign Languages entitled, Foreign Studies Enrollment in Public Secondary Schools. Less than .08% of all K-12 students study Japanese. 2,189 students were enrolled in a Japanese language course in grades K-6 in 2000.

According to the website of Less Commonly Taught Languages, 574 Primary and Secondary schools teach Japanese: http://db.carla.umn.edu/lctl/FMPro

To provide comparison, America’s exports for this same period to the five nations with English as their national language was $356,436 million, which has increased by 513% since 1985. In 2007 the United States has imported $434,481 million in goods from these countries, an increase of 446%.

Japanese has been a language related to national security since World War II and the bombing of Pearl Harbor in 1942. Since the end of World War 2, Japan has been our ally.

After Japanese surrender, the Allied Forces, under General MacAuthur, occupied Japan from 1945-1951 with the intention of stabilizing and rebuilding the nation that we destroyed through fire bombing raids and two atomic bomb attacks. During that time the Allied forces attempted a large-scale disarmament, democratization, land reform and education reform project. According to surrender agreement, America maintained military bases in Japanese territory; the biggest and still active is on the island of Okinawa. Japan was required to disband its military and still to this day only maintains a self-defense force.

Japan benefited from United Nations’ aid as a result of being the main staging ground for the U.N.’s Korean War offensive, whereby it became the main supplier of materials for the war. Despite not receiving the same level of investment as European nations under the Marshall plan, Japan’s economy rapidly grew in the post war years. From 1952 to 1971 it grew in real GNP at an average annual rate of 9.6 percent. The US by contrast, grew at a rate of 2.9 percent from 1952 to 1991. Throughout the 1970’s and 1980’s America and Japan’s defense interests and economies became increasingly intertwined. Ronald Reagan’s administration made great strides to improve relations with Japan, and since that time Japan has been proved to be a strong, stable ally in East Asia, looking out for American interests. In 1990 Japan’s and US’s GNP totaled about one third of the world's GNP. Japan received about 11 percent of United States exports (a larger share than any other country except Canada), and the United States bought about 34 percent of Japan's exports.

Japan provided political and strategic support for the Persian Gulf War and more recently the Iraq and Afghanistan wars.

Japanese is one of the languages that The U.S. Intelligence Community mandates individuals who are proficient in reading, writing, and/or speaking. The U.S. government has invested in various outlets including FLAS and Fulbright grants to produce citizens who have proficiency at the ILR Level 2 (ACTFL Advanced) in Japanese.

As a heritage language, Japanese has benefited from the National Foreign Language Center (NFLC)'s curricular and programmatic support, which attempts to advance the improvement of foreign language programs at individual colleges and universities and at the K-12 level. 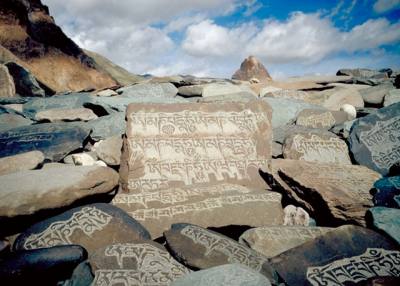 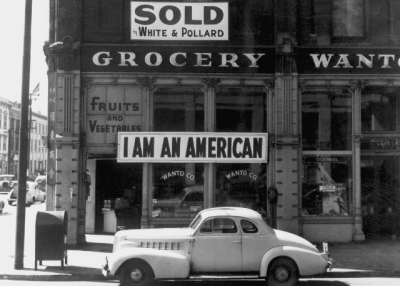