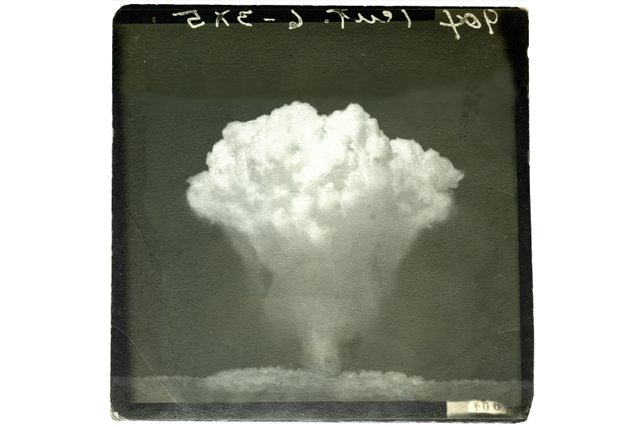 On August 6, 1945, the United States dropped an atomic bomb on the Japanese city of Hiroshima. It killed or wounded nearly 130,000 people. Three days later, the United States bombed Nagasaki. Of the 286,00 people living there at the time of the blast, 74,000 were killed and another 75,000 sustained severe injuries. Japan agreed to an unconditional surrender on August 14, 1945; it also resulted in the end of World War II.

In subsequent years, the United States, the Soviet Union and Great Britain conducted several nuclear weapons tests. In 1954, President Jawaharlal Nehru of India called for a ban on nuclear testing. It was the first large-scale initiative to ban using nuclear technology for mass destruction.

In 1958, nearly 10,000 scientists presented to United Nations Secretary-General Dag Hammarskjold a petition that begged, “We deem it imperative that immediate action be taken to effect an international agreement to stop testing of all nuclear weapons.”

France exploded its first nuclear device in 1960 and China entered the "nuclear arms club" in October 1964 when it conducted its first test.

The United States, Soviet Union and some sixty other countries signed a treaty to seek the ends of the nuclear arms race and promote disarmament on July 1, 1968. The treaty bars nuclear weapons states from propogating weapons to other states and prohibits states without nuclear weapons to develop or acquire nuclear arsenal. It permits the use of nuclear energy for peaceful purposes. It entered into force in 1970 and was extended indefinitely and unconditionally on May 11, 1995.

In 1974, India conducted its first nuclear test: a subterranean explosion of a nuclear device (not weapon). India declared it to be a "peaceful" test, but it announced to the world that India had the scientific know-how to build a bomb.

At this time, the five declared nuclear weapons states are the USA, USSR, UK, France and China.

In December, 1986, The South Pacific Nuclear-Weapon-Free Zone was put into effect.

American and North Korean delegations met in Geneva in autumn 1994 to establish a framework to resolve nuclear issues in the Korean peninsula. Under the agreement, North Korea would sign a treaty on the non-proliferation of nuclear weapons in exchange for U.S. support in building safe nuclear energy facilities and formal assurance against the threat or use of nuclear weapons by the U.S. against North Korea. Both sides agreed to take steps towards better political and economic relations. In subsequent years, South Korea and Japan have invested billions to help build safe nuclear energy plants in North Korea. By 2003, North Korea has cancelled this and all other international agreements on non-proliferation.

The United Nations, on December 12, 1995, decreed an immediate ban on all nuclear testing and urged disarmament with the vision of a world free of nuclear weapons.

On September 10, 1996, the United Nations, in a landslide vote, adopted the Comprehensive Test Ban Treaty and two weeks later, the United States was the first to sign. (The U.S. Senate, however, rejected the treaty three years later.)

On May 11, 1998, India shocked the world by exploding three nuclear devices amounting to about six times the destructive power of the American bomb dropped on Hiroshima in 1945. The next day, it tested two more nuclear explosions. The world was stunned when Pakistan responded with six nuclear arsenal tests of its own.

World leaders admonished the two long-time adversaries in breaking the Comprehensive Test Ban Treaty (put into force in 1970). The U.S. imposed strict economic sanctions against both countries and lobbied for the World Bank, International Monetary Fund, and other countries to do the same. The sanctions were lifted in 2001 when the U.S. needed Pakistan and India's support to fight al Qaeda and other terrorist cells in Afghanistan.

In 1998 North Korea alarmed Japan by test-firing a medium range-missile (without weapons) over the Japanese mainland. The missile's apparent range, some 1,000 kilometers or 600 miles, meant that any part of Japan—and by default any part of South Korea—was within range of North Korean weaponry. Japan is the only country ever to have been attacked by nuclear weapons and anti-nuclear sentiment runs particularly deep.

In 2002, American President George W. Bush named Iran, Iraq, and North Korea as the Axis of Evil, in part due to U.S. suspicions of those countries having weapons of mass destruction. Later that year, unofficial reports suggest that North Korea has confirmed the existence of nuclear arsenals, and intelligence reports indicate that the dictatorial power will have enough plutonium to build five or six nuclear bombs by May 2003.

On October 9, 2006, North Korea tested a nuclear weapon with the approximated power of the Hiroshima bomb. North Korea announced to the world that it has become the world's eighth declared nuclear weapons state. Its missiles have the range to hit targets in South Korea, Japan as well as U.S., Chinese, and Russian territories.

The United States is the only known country to have missles with range to attack any target on earth, but over thirty countries have unmanned planes that are undetected by missle defense systems, and can carry nuclear, biological or other weapons of mass destruction.