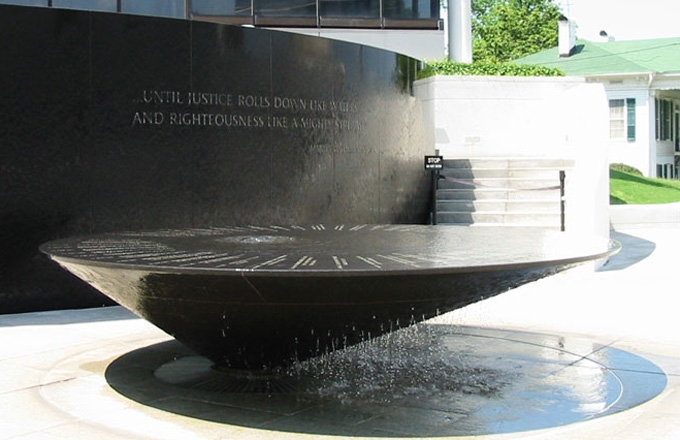 Long before Asian Americans settled in the United States in significant numbers, images of Asia and Asians had already taken root in American popular culture and consciousness, thanks to the influence of Indian and Chinese trade in the late 1700's and later at the turn-of-the-century with the forced annexation of the Philippines in 1898. Trade relations and colonialism have both historic significance and contemporary impact on the status of Asian Americans in relation to the United States and Asian homelands.

Moreover, foreign policy concerns and international relations between the United States and Asia have profoundly influenced the experiences of Asian Americans. For example, at the time of Chinese exclusion in the 1880's, the Chinese government was too weak either to protest the treaty violations or to protect its overseas countrymen from indignity. In contrast, Japan as a regional power following its victory in the 1904-1905 Russo-Japanese War, commanded enough respect from the U.S. government that President Teddy Roosevelt negotiated the Gentlemen's Agreement in 1907 to reduce the numbers of Japanese immigrants rather than excluding them entirely.

Unlike all other early Asian immigrant groups, Japanese immigrants, thanks to the picture brides who came during this period between the Gentlemen's Agreement and exclusion in 1924, produced a significant American-born second generation who could claim U.S. citizenship as their birthright. Their strong family structure enabled Japanese American communities to thrive in the 1930's. By 1940, the sacrifice of the immigrant generation seemed to have paid off. Life was looking pretty good for Japanese in America.

Then came Pearl Harbor, World War II, and the concentration camps. In a flash, everything was gone: property, liberty, dignity. Americans of Japanese ancestry looked like the enemy. As a result, 120,000 Japanese Americans, two-thirds who were American-born U.S. citizens, were removed from their homes and incarcerated in concentration camps for the duration of the war.

The camp experience and its aftermath raise essential questions about the constitution and civil liberties, patriotism and loyalty, the role of the press, and the meaning of being Americans - all of which continue to resonate in American life.

War has defined much of the relationship of the U.S. to Asia during the 20th century: from the colonization of the Philippines to Japan and World War II to Korea and the Cold War with China in the 1950's to war in Southeast Asia in the 1960's and 1970's. Even economic competition with Japan during the 1980's and 1990's is defined as a "trade war."

Images of Asians as the enemy are deeply embedded in American popular culture and consciousness - sustained by Hollywood distortions like Fu Manchu or Year of the Dragon and manipulated by political leaders from F.D.R. to today's U.S. Congressmen who propose to solve the trade imbalance with Japan by chartering the Enola Gay—the airplane that dropped the atomic bomb on Hiroshima - one more time.

Whenever the United States has been at war with Asia, Asian Americans have paid a heavy price. The Japanese internment is an obvious example, but it is also no coincidence that Japan-bashing in Congress and Rambo's Hollywood revenge for the Vietnam War have accompanied a sharp rise in racial violence against Asian Americans locally and nationally during the past decade. In 1982 amidst the recession in Detroit, for example, a Chinese American engineer named Vincent Chin was brutally beaten to death by an unemployed auto worker who cursed him, saying "it's because of you Japs that we're out of work."

Furthermore, while Japan was the enemy and Japanese Americans were incarcerated during World War II, the allied relationships between the United States, India, and China led to the repeal of the exclusion acts, and facilitated the entry of small numbers of new Indian and Chinese immigrants and war-brides. In the aftermath of World War II, the expanded U.S. military presence in Asia, reaching across the Philippines, South Korea, and Pacific Islands such as Guam, Samoa, and Hawai'i, generated new populations of war-brides and Amerasian children, new migrations, and new calls for independence and sovereignty.

By examining the relationship between Asian Americans and U.S.-Asia relations with a focus on the Japanese internment, students can explore how issues of race and power have defined the conduct of U.S. involvement in Asia, shaping both popular attitudes and government policies. This process also enables students to develop important critical thinking and citizenship skills, perhaps enabling them to draw contemporary parallels with 9/11 and the rise in violence against Muslims and South Asians.

The Vietnam War also offers rich material for teaching and learning in this area. However, teachers need to present not only American perspectives, but also the voices of Southeast Asian refugees who are now in the United States as part of the war's legacy. Themes of war, survival, freedom, and responsibility are relevant to all students, and can be easily explored in the classroom through the Southeast Asian refugee experience. Children's stories such as The Little Weaver from Thai-Yen Village and The Clay Marble and anthologies such as The Far East Comes Near are highly recommended together with student-conducted interview projects and oral history research projects with local Lao, Hmong, Kmhmu, Cambodian, and Vietnamese refugees.

It is also a great irony that the individual who has arguably done the most to facilitate the healing process for American Vietnam veterans is Maya Ying Lin, the Ohio-born Chinese American who designed the Wall—the Vietnam Veterans Memorial in Washington, D.C.—which one Vietnam veteran scholar has described as "American's wailing wall." Since its dedication in 1982, the healing power of the Wall for Vietnam veterans, their families, and for the nation has been movingly described in words and photographs. Yet, as if to illustrate the precarious status of Asian Americans within the context of U.S.-Asia relations, Thomas Moorer, former Commander of the Pacific Fleet and former Chairman of the U.S. Joints Chiefs of Staff during the Vietnam War, reflected recently on the Wall: "I've visited the Vietnam Memorial and I have mixed emotions about it. I would have never built a memorial like that. I don't like the idea that it was not designed by an American."

In Montgomery, Alabama, a second memorial designed by Maya Lin stands to commemorate martyrs of the civil rights struggle. Dedicated in 1989, the Civil Rights Memorial, in Maya Lin's words, is a place of remembrance to "appreciate how far this country has come in its quest for equality, and to consider how far it has to go." So, too, are the stories of Japanese American internees, Filipino immmigrants, and Vietnamese refugees.