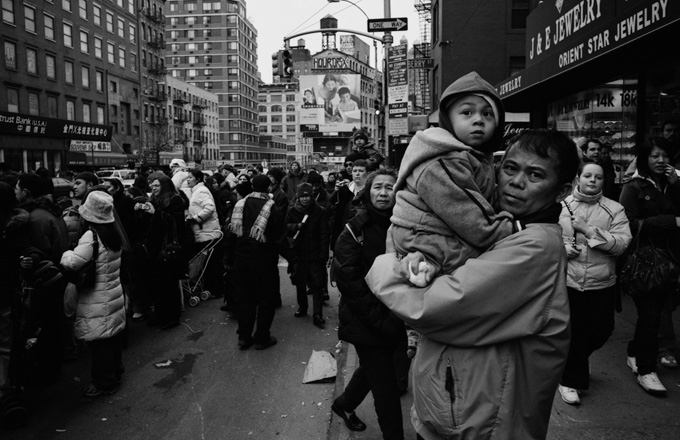 This essay discusses Asian American bicultural identity, traditional values and customs from root cultures, and how they are still practiced and celebrated by Asian American families and in communities. It also addresses the ways in which ethnic community influence the lives of the people it serves including residents, as well as how individuals of diverse cultural backgrounds can contribute to the lives of those around them.

Parallel patterns of community development occurred with Japanese immigrants who quickly established Japantown’s and Little Tokyo’s in the 1890’s and with Filipino immigrants who settled in Manilatown’s in the 1920’s up and down the West Coast. Immigrant communities erected villages and family associations which reproduced the social structure of their home villages. Temples and churches were built to preserve traditional religious practices while language schools were founded to maintain the language and cultural integrity of the younger generation. Asian language newspapers and periodicals reported on news in the homeland as well as relevant local affairs in the community.

Early Asian communities were predominantly male because young men had been recruited as laborers. Women could not join them because of U.S. Congressional exclusion acts. Without many women, children, or families, these “bachelor societies” were often lonely. In 1900, for example, Chinese men in the United States numbered about 85,000 while the number of Chinese women was less than 2,000. Social organizations and recreational activities played critical roles in building a sense of support and belonging. Nevertheless, with all new immigrants excluded and no women to produce a second generation, the communities were condemned to extinction.

Through a combination of ingenuity and serendipity, however, Chinese devised an “extra-legal” way to sustain their community’s future. Following the 1906 San Francisco earthquake and fire, which destroyed all birth and immigration records, many Chinese immigrants declared themselves to be U.S. citizens with children, usually sons, who were still in China. Since children of U.S. citizens were, by definition, also U.S. citizens, this process created openings on paper for Chinese children to enter the U.S. legally as citizens in spite of the exclusion acts if they could prove their identities.

For some, a Chinese American’s real son successfully joined him in this way. In a few cases, an immigrant’s wife joined him by pretending to be his daughter. Many others, however, purchased papers and assumed new identities as the only way to come to America. One reason for the harsh interrogations at Angel Island was government suspicion of “paper sons” who accounted for the most Chinese immigration between 1910 and 1940. Although technically “illegal,” the paper-son process was the only way to develop a second generation in the Chinese community during the exclusion years.

Like the Chinese, Japanese in America, and later Koreans, faced the irony of being recruited for labor, then left without the means to develop as community. To strengthen their communities before exclusion in 1924, many Japanese immigrant men wrote letters to their families in Japan to arrange marriages and have their brides come to America. Since the men could not afford the cost of going back to Japan to arrange the marriage directly, they sent pictures of them for their families to show around the village. Sometimes they used an earlier photo from when they were younger and better-looking or even the picture of a handsome friend in order to maximize their chance of being matched with an attractive bride. After a suitable mate was found, her picture was sent to the man in America. The family then held a formal wedding ceremony with the bride in Japan, and filed the marriage documents with both the Japanese and U.S. governments which cleared the way for the woman to join her new husband in America.

When the ships arrived from Japan, the women walked down the plank holding pictures of their husbands while the men waited on the dock holding pictures of their brides. As the picture brides and picture husbands met for the first time, many disappointedly discovered that the photographs did not match with reality! Nevertheless, most marriages lasted as this was the only way to establish Japanese family life and build healthy Japanese communities in America before this practice was outlawed in 1921 by the Ladies’ Agreement and before the Immigration Act of 1924 prevented further Japanese immigration to the United States.

The experiences of these Japanese or Korean picture brides as well as Chinese paper sons reflect the importance of community development as a way to survive in spite of exclusion.

A more recent example of the theme of community-building is the secondary migration of Southeast Asian refugees after their initial resettlement in the United States. During the late 1970s and early 1980s, federal policy mandated the dispersal of refugees from Vietnam, Cambodia, and Laos across all fifty states in order to promote rapid assimilation and to discourage the formation of ethnic concentrations.

Not surprisingly, after their initial resettlement, Southeast Asians moved to areas like Texas and Southern California where they found the warmer climates, to which they were accustomed, and longstanding Asian communities. Many Cambodians settled in Lowell, Massachusetts during the 1980s, for example, because of job opportunities, availability of human services, and the presence of a Cambodian Buddhist temple. Despite the federal policy of dispersal, Southeast Asian refugees moved on their own to create new communities which enhanced their survival, security, and adjustment to American society.

By focusing on the theme of building community in the curriculum, students can see beyond the often distorted, stereotypic images of Asian communities as evil, mysterious, exotic places filled with gangsters, warlords and prostitutes, which Hollywood movies and network television so often portray. Furthermore, students learn to appreciate the value of ethnic communities because of the important roles they play in enabling people to survive. In contrast, dispersal and forced assimilation lead to isolation and failure.

As extensions, students can form their own Asian American or other community clubs in school and/or develop relationships with existing community organizations. Lessons on the community theme can also be easily developed in terms of immigrant history and literature using such historical novels as Yoshiko Ushida’s Picture Bride and videos such as The New Puritans: The Sikhs of Yuba City.

Geography and mathematics lessons can be developed using population figures for various locations to show changes over time, involving students as neighborhood and community researchers.