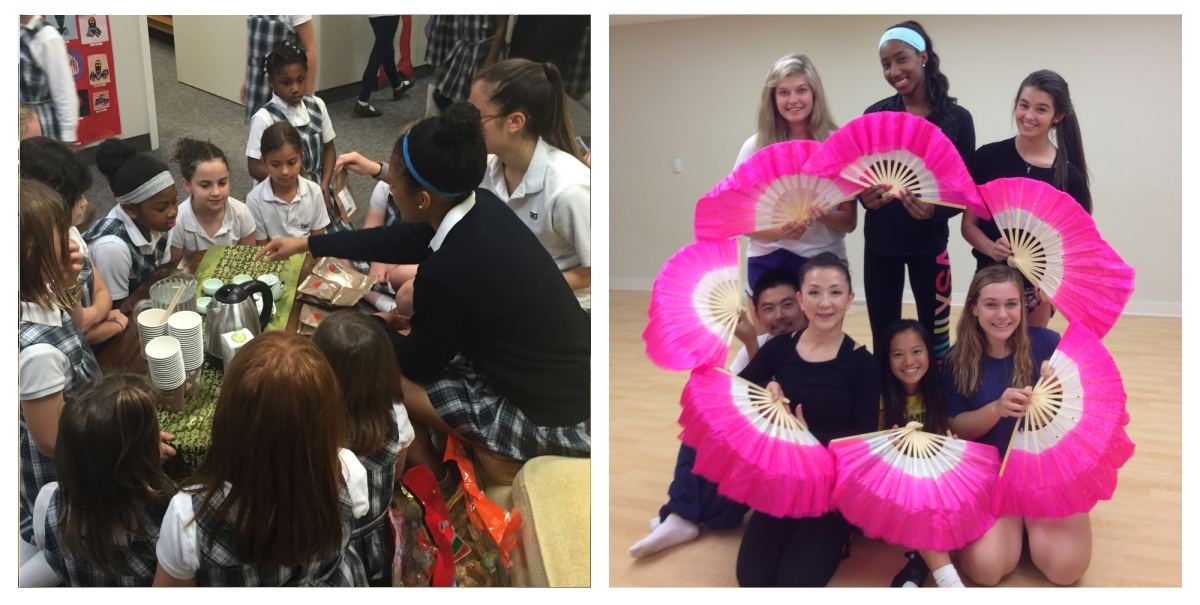 Since 2009, China Learning Initiatives has been building and supporting a network of 100 Confucius Classrooms in K–12 schools in 28 states across the United States. During the 2016–17 school year, we conducted an evaluation to determine the effectiveness of the network. Our criteria for effectiveness were the original objectives set forth by Hanban for the Confucius Classroom project:

Using these objectives as a guide, we set out to determine what effect the Confucius Classroom intervention has had. As many of the projects we have worked on to date have been focused on the second objective listed above, we wanted to look further into goal number one to see what we might do to improve.

The evaluation was conducted in three phases: (1) a quantitative analysis of data collected from all 100 Asia Society Confucius Classrooms; (2) gathering qualitative information from students, teachers, and administrators to develop a more robust understanding of the situation in schools; and (3) conclusions and recommendations derived from our findings in the previous phases. Select key findings are below. The entire evaluation report will be released later this year.

Nearly all students report some inclination to continue with their Chinese language studies through high school and college, with one-third enthusiastic about using Chinese in their careers. Nearly all feel their class is preparing them for successfully navigating a native environment. The number one suggested change to their class is "nothing."

Program Expansion Is Essential, But Challenging

While funding is the number one issue cited across all Confucius Classrooms, most specifically cited program expansion as the key need for funding. The argument is that if programs can get students enrolled early (Grade 7 and below), students will have more confidence and more time to attain proficiency. This would also help mitigate differentiation needs as well as give Chinese the advantage of being an early option: two other major challenges commonly mentioned.

Therefore, funding for additional Chinese language teachers would allow expansion, which would increase enrollment and stability. However, school leaders tend only to increase program funding when enrollment is high and stable. This is a contradiction that has proven difficult for schools to resolve.

Even if the above challenge is resolved, there is an additional hurdle to program expansion: lack of qualified applicants. Many Confucius Classrooms cited a difficulty finding high-quality teachers who are proficient in Mandarin and have the proper teaching credentials. Many use Guest Teachers to overcome this, but it is a short-term solution. Most Confucius Classrooms are unable to identify and onboard local hires by the time the Guest Teacher’s stay is over.

Program Promotion Is the Most Effective Means to Increase Enrollment

Rigorous statistical analysis of multiple influential variables revealed program promotion to have the most significant positive influence on enrollment growth. As an example, Confucius Classrooms Network programs that consistently promoted their program to lower grades saw an average annual growth of 20 percent. Network schools that did not promote regularly or at all saw 8 percent annual growth in enrollment. Nationally, average enrollment growth in Chinese language programs has been around 3–4 percent annually.

A strong majority of students chose Chinese due to family: either at the suggestion of parents and/or communicating with extended family members.

The most often-cited words students use when asked to describe their experience are: fun, interesting, unique, different, fascinating. The fact that Chinese language and culture are less familiar seems to make them more interesting vis-à-vis more common offerings.

Twenty-five percent of those who cite difference as their main reason for choosing Chinese specifically cite culture as different/interesting aspect. Many students cite Chinese culture as their favorite aspect of studying Chinese, with nearly one fifth of all 1,617 students responding that they want more Chinese culture/history in their classes. About the same amount (~20 percent) mentioned general interest in Chinese society/culture.

The perception that Chinese is an exceptionally difficult language to learn is the top reason students choose to study a different language. Many also reported feeling that Chinese may not be immediately beneficial and useful to their current situation.

The full report is still being finalized. It will include our overall conclusions and recommendations, so watch for it sometime in late 2017.

Learn About the Confucius Classrooms Network