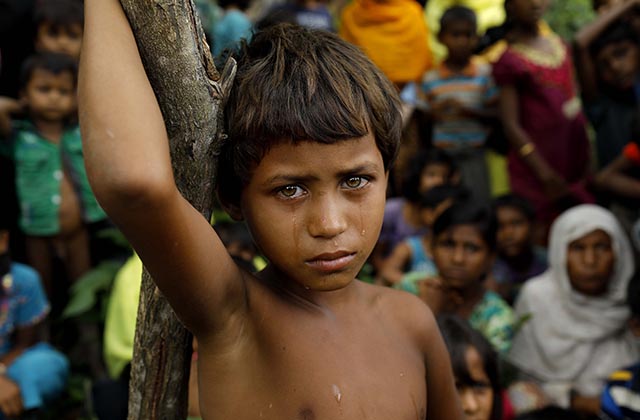 A Rohingya refugee girl looks on at newly arrived refugees who fled to Bangladesh from Myanmar on September 6, 2017. (K M ASAD/AFP/Getty)

Myanmar's roughly one million Rohingya Muslims have long been a stateless, persecuted minority in the predominantly Buddhist country. But over the past few weeks, things have taken a turn for the worse: Reports of widespread destruction, rape, and killing in Rohingya villages by the military and other groups have surfaced from Myanmar's Rakhine state. At least hundreds are feared dead, and some 120,000 have fled under treacherous circumstances to neighboring Bangladesh.

In this episode of Asia Abridged, Debra Eisenman, executive director of the Asia Society Policy Institute (ASPI) and a leader in the organization's Myanmar Initiative, Asia Society's Debra Eisenman discusses the unfolding crisis involving the group often called "the world's most persecuted minority."