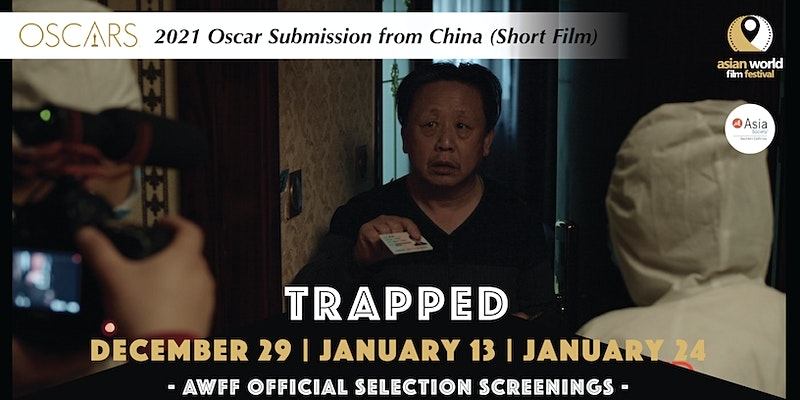 Asia Society Southern California is pleased to partner with the Asian World Film Festival (AWFF) on its screenings of films that have been submitted by Asian countries for Oscar and Golden Globe consideration for Best International Feature Film and Best Motion Picture - Foreign Language, respectively. AWFF aims to assist the filmmakers in their campaigns for award success by promoting their films through screenings and events.

The film is set just outside of Wuhan after the city is quarantined by the Chinese government. The film humorously shows the challenges Mr. Fei is faced with the increasingly difficult quarantine measures set by the Chinese government to prevent the spread of the virus. The film, the only work done in China on the virus, accurately shows the challenges faced by one of its citizens to return home to his family and circumventing the quarantine restrictions around Wuhan.

*Screening is for worldwide.

After registering, you will receive a confirmation email from Eventbrite and the viewing link will be emailed to you from "Asiania x Aikhun" (contact@aikhun.com). Please check your Junk/Spam folder. The viewing link is active for 72 hours Pacific Time on the screening dates. The link will not work in advance and will expire at 11:59 p.m. Pacific Time on the screening date.

The Asian World Film Festival (AWFF), now in its fifth year, brings the best of a broad selection of Asian World cinema to Los Angeles in order to draw greater recognition to the region's wealth of Filmmakers and strengthen ties between the Asian and Hollywood film industries. Uniting through cross-cultural collaboration, the Festival champions films from more than 50 countries across Asia, spanning from Turkey to Japan and from Russia to India. This festival is unique in its concept as it predominantly screens films from countries within the Asian Continent that have been submitted to the Academy of Motion Pictures Arts and Sciences and to the Golden Globes for Best Foreign Language Film.