The Power of Photography: A Fireside Chat With Steve McCurry | Asia Society Skip to main content

The Power of Photography: A Fireside Chat With Steve McCurry

At its best, photography acts as a window into another culture, framing people and their daily lives in a way that is not only visually dazzling but conveys some truth about their world and their stories. Nowhere is that ethos of humanity more apparent than in the work of photographer Steve McCurry, whose first trip to India over forty years ago set in motion a storied career of documenting life on the Asian continent. His striking, vibrant work, whether capturing moments of quiet repose or cacophonous street scenes, has become an iconic representation of the people, cities, and natural environments of nations as varied as India, Afghanistan, and China. Join Asia Society Southern California for a fireside chat with McCurry, interviewed by gallerist Peter Fetterman, as he shares behind-the-camera ‌stories of his time in India and experiences traveling throughout Asia.

Steve McCurry has been one of the most iconic figures in contemporary photography for more than thirty years. Born in Philadelphia, Pennsylvania, McCurry studied cinematography at Pennsylvania State University, before going on to work for a newspaper. After two years, McCurry made his first of what would become many trips to India. Traveling with little more than a bag of clothes and film, he made his way across the subcontinent, exploring the country with his camera.

It was after several months of travel that he crossed the border into Pakistan. In a small village he met a group of refugees from Afghanistan, who smuggled him across the border into their country, just as the Russian invasion was closing the country to Western journalists. Emerging in traditional dress, with full beard and weatherworn features after months embedded with the Mujahideen, McCurry made his way over the Pakistan border with his film sewn into his clothes.

McCurry's images were among the first to show the world the brutality of the Russian invasion. Since then, McCurry has gone on to create unforgettable images over six continents and numerous countries. His body of work spans conflicts, vanishing cultures, ancient traditions and contemporary culture alike - yet always retains the human element that made his celebrated image of the Afghan Girl such a powerful image.

McCurry has been recognized with some of the most prestigious awards including the Robert Capa Gold Medal, National Press Photographers Award, and an unprecedented four first prize awards from the World Press Photo contest amongst dozens of others.

Born in London, Peter Fetterman has been deeply involved in the medium of photography for over 40 years. Initially a filmmaker and collector, he set up his first gallery over 30 years ago in 1988. He was one of the pioneer tenants of Bergamot Station, the Santa Monica Center of the Arts when it first opened in 1994.

Fetterman and his colleagues are committed to promoting the awareness and appreciation of the most powerful of the mediums in an intimate, user-friendly salon environment. 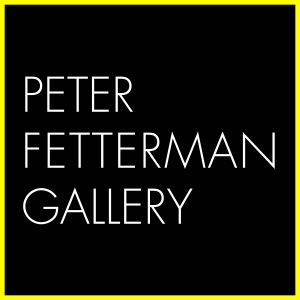