Blackness and Interwar Asia: A Mobius Strip of Identity Building 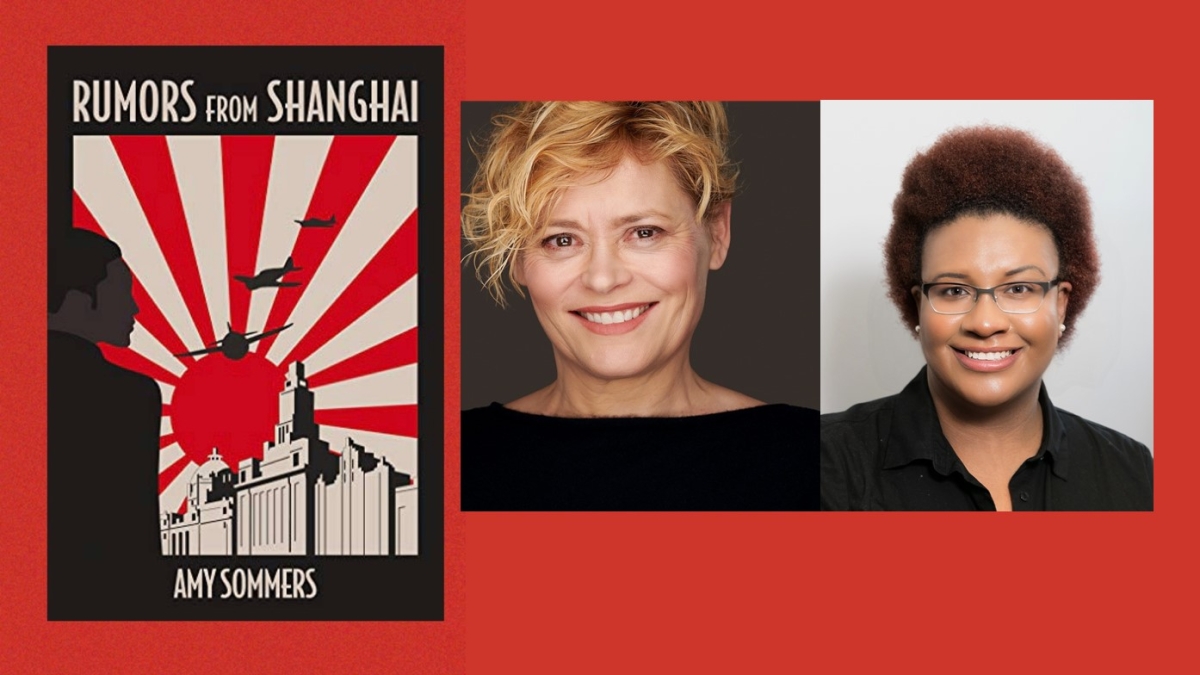 This year marks the 80th anniversary of the 1941 attack on Pearl Harbor, an oft-revisited event to which author Amy Sommers brings a new perspective through her historical fiction thriller, Rumors from Shanghai. Her book follows Tolt Gross, a fictional African American law graduate who stumbles upon a secret Japanese plan to destroy the U.S. Pacific Fleet at Pearl Harbor and faces a dilemma: should he put his idyllic life at risk to sound the alarm for a country that despises him?

Join Asia Society Southern California in partnership with Asia Society Center for Global Education for a discussion on the interplay between Blackness, Asia, and identity formation in the Interwar period with author Amy Sommers and historian Keisha A. Brown, who will discuss fields where Black Americans’ engagement was sought in Asia from 1920-1941. Professor Brown will further explore the context for how anti-imperialism and Black internationalism of that period shaped both Black Americans’ sense of identity, as well as emerging ideas of Asian nationalism and identity. The conversation will be moderated by Cleopatra Wise, Director for Asia Society's Center for Global Education, China Learning Initiatives (CLI).

Dr. Keisha A. Brown is an assistant professor of history at Tennessee State University in the Department of History, Political Science, Geography, and Africana Studies. She graduated with her bachelor’s degree from the University of Notre Dame, earned her doctorate from the University of Southern California, and was a 2018–2019 postdoctoral fellow at the James Weldon Johnson Institute for the Study of Race and Difference at Emory University.

Dr. Brown is an Asian studies scholar with a regional focus on East Asia specializing in modern Chinese history. Her research examines networks of difference in China used to understand the Black foreign other through an investigation of the social and political context that African Americans navigated and negotiated during their time in Maoist China.

Dr. Brown is currently extending her research on Sino-Black relations to examine ideas of race and ethnicity and Afro-Asian diasporic connections, as evidenced by her blog post, “Teaching China through Black History” (Harvard University Fairbank Center), and essay, “Bridging the Gap: Blackness and Sino-African Relations” (International Institute for Asian Studies). In 2020, she co-founded the Black China Caucus, a non-profit collaborative aimed at encouraging the professional development and advancement of Black professionals who specialize in China.

Author Amy Sommers spent three decades as a China-focused lawyer, including 11 years working in Shanghai as an international law firm partner during a period of rapid economic development, social change and maturation in China’s legal system.

Since returning to the United States, Sommers splits her time between Seattle and a bucolic island on the border with Canada that forms the setting for her next writing project involving descendants of British soldiers, looted imperial property, land appropriated from native residents, seafood smuggling, and murder. In addition to her historical thriller Rumors from Shanghai, Sommers has written diverse nonfiction pieces, such as "A Tragedy of the Commons: Property Rights Issues in Shanghai Historic Residences" and "The Black Pacific,1919-1941: African Americans and Asia in the Interwar Period."

Cleopatra Wise is the Director for Asia Society's Center for Global Education, China Learning Initiatives (CLI). She is responsible for managing the CLI team and executing programs that promote Chinese language learning among young people in the United States.

Before joining Asia Society, Wise served as an International Program Manager at Peking University for seven years. During her time there, she spearheaded the school's global outreach and special initiatives.

Wise holds a BA in International Relations from the University of Southern California. She also earned an MBA from the Guanghua School of Management at Peking University.

Wise is a Florida native and speaks fluent Mandarin Chinese and Krio.