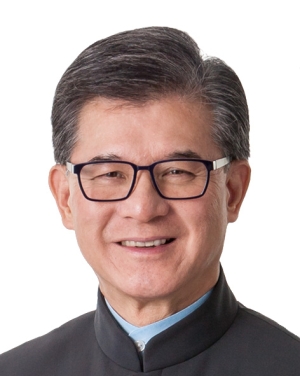 Mr. Vincent H. S. LO is the founder and Chairman of the Shui On Group established in 1971. The Group is principally engaged in property development, premium commercial properties’ investment and management, construction businesses in Hong Kong and the Chinese Mainland. The Group's corporate culture and long term objectives are based on its commitment to quality, innovation and excellence. Mr. Lo is also the Chairman of Shui On Land Limited (SOL) and SOCAM Development Limited (SOCAM), both are listed on the Hong Kong Stock Exchange.

Mr. Lo was awarded the Grand Bauhinia Medal (GBM) in 2017, the Gold Bauhinia Star (GBS) in 1998 and appointed Justice of the Peace in 1999 by the Government of the Hong Kong Special Administrative Region (HKSAR). He was named Businessman of the Year at the Hong Kong Business Awards in 2001, and won the Director of the Year Award from The Hong Kong Institute of Directors in 2002 and Chevalier des Arts et des Lettres by the French government in 2005. Mr. Lo was honoured with “Ernst & Young China Entrepreneur Of The Year 2009” and also, as “Entrepreneur Of The Year 2009” in the China Real Estate Sector. Mr. Lo was made an Honorary Citizen of Shanghai in 1999 and Foshan in 2011. In 2012, the 4th World Chinese Economic Forum honoured Mr. Lo with the Lifetime Achievement Award for Leadership in Property Sector.

In addition to his business capacity, Mr. Lo has been active in community services. He participated in the preparatory works of the establishment of the Hong Kong Special Administrative Region and had served as Chairman of Hong Kong Trade Development Council and Hong Kong Airport Authority. He currently serves as Member of the Board of Directors of Boao Forum for Asia, President of Council for the Promotion & Development of Yangtze, Honorary Life President of Business and Professionals Federation of Hong Kong, among his many other positions.