Will India’s Modi Get Away With Upending the Status Quo in Kashmir? | Asia Society Skip to main content

Will India’s Modi Get Away With Upending the Status Quo in Kashmir? 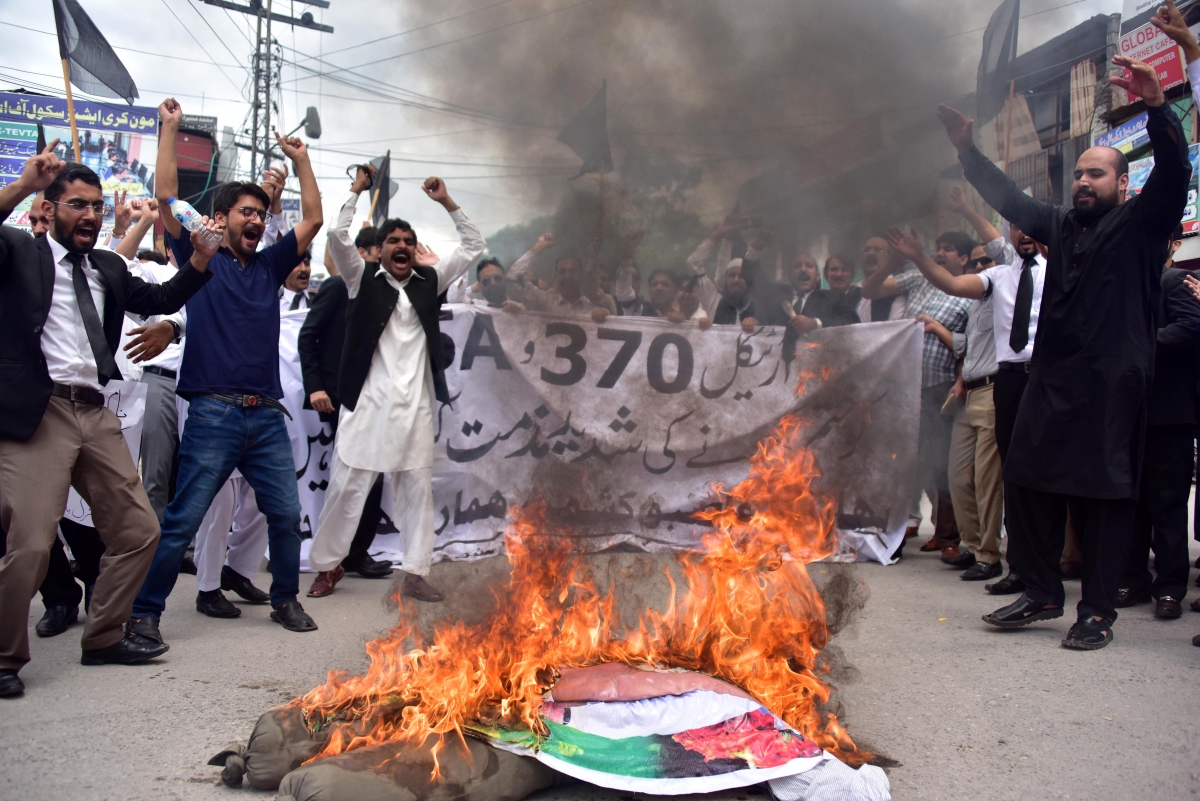 Pakistani Kashmiri lawyers shout slogans beside a burning effigy of Indian Prime Minister Narendra Modi during a protest in Muzaffarabad, the capital of Pakistan-controlled Kashmir, on August 7, 2019. (Sajjad Qayyum/AFP/Getty Images)

The following is an excerpt from an article by ASPI's Anubhav Gupta that was originally published by World Politics Review.

In a sudden move on Aug. 5, India’s government announced it was eliminating the special, semiautonomous status of the state of Jammu and Kashmir by revoking Article 370 of the Indian Constitution. The decision is a watershed moment in the 72-year-long standoff between India and Pakistan over control of the Kashmir region, as well as for the Kashmiri peoples’ long struggle for political autonomy. It opens an uncertain new chapter in Indian-administered Kashmir, with reverberations far beyond its contested borders.

The historic arrangement under which Jammu and Kashmir was to have a greater degree of political autonomy than other Indian states is no more. But Prime Minister Narendra Modi’s government went further, dividing the state in two by lopping off its Buddhist-majority eastern wing of Ladakh. It downgraded both Ladakh and the condensed Jammu and Kashmir to union territories, which have fewer rights than states in India and are governed directly by New Delhi. And India repealed Article 35A of the Constitution, which stipulated that only Jammu and Kashmir’s legislature could define who can be a “permanent resident” there.

This is a unilateral maneuver to consolidate Jammu and Kashmir into the Indian political system. India’s home minister, Amit Shah, declared that Jammu and Kashmir will now “truly become [an] integral part of India.” Yet the manner in which his government chose to further incorporate Kashmir into the fold of India’s democracy belied his rosy sentiments. India deployed thousands of additional security personnel into the already militarized region, banned political assembly, shut down all communications networks, instituted a de facto curfew and arrested scores of political leaders and activists. India knew that many Kashmiris would not come willingly. Unsurprisingly, protests have sprung up across the Kashmir Valley.

Nevertheless, the Hindu nationalist supporters of the governing, right-wing Bharatiya Janata Party are in a celebratory mood, with Modi having delivered on a longstanding party objective. A large segment of the Indian population also seems to support these moves. There are constitutional challenges ahead and new bureaucratic arrangements to set up, as well as many uncertainties for Kashmir, India and the wider region as a result of Modi’s decision.