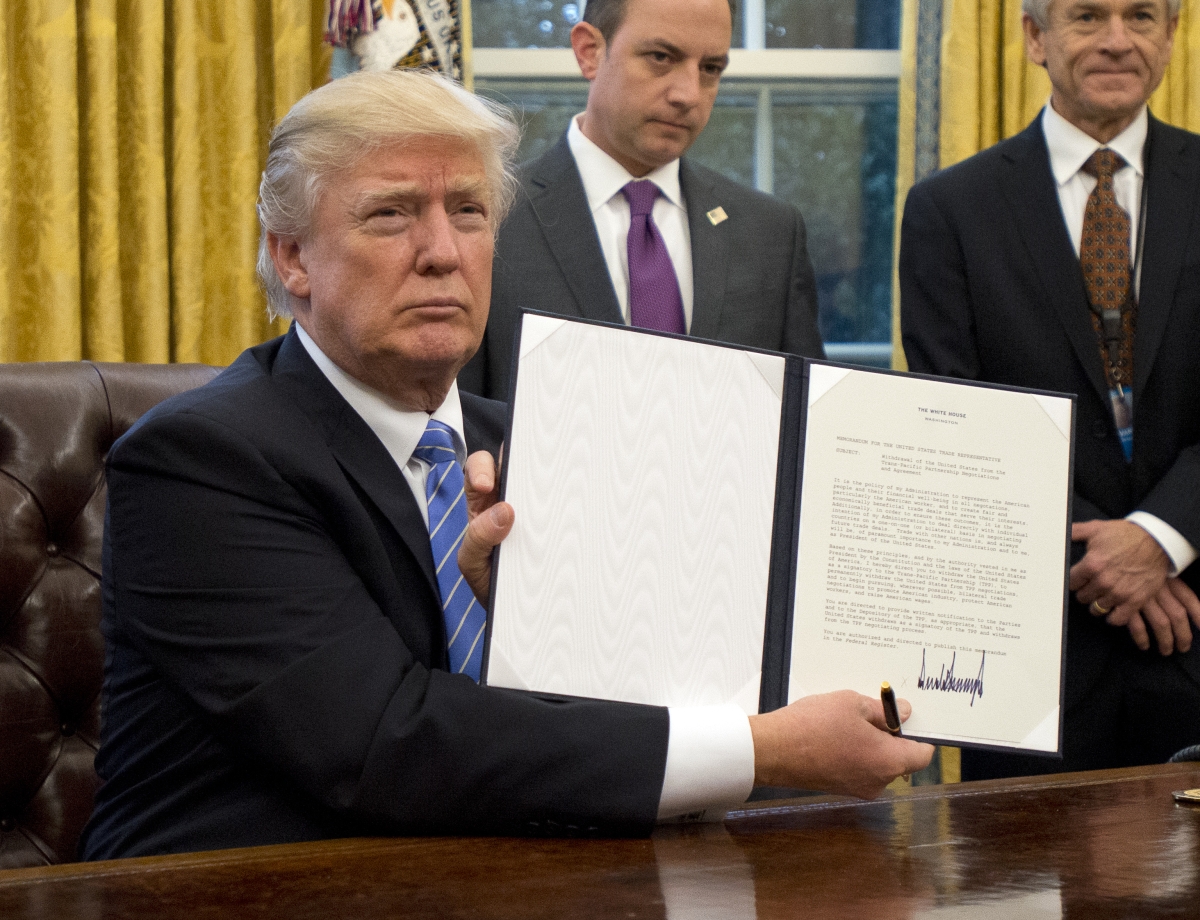 Trump shows the executive order withdrawing from the TPP in January 2017: the Trump administration's go it alone approach had limited success in reining in China's unfair trade practices. (Getty Images)

In mid-September, Liz Truss, the International Trade Secretary for the United Kingdom, met with the 11 members of the Comprehensive and Progressive Agreement for Trans-Pacific Partnership, or CPTPP, to discuss potential British accession.

London characterized the meeting as "a major step in the process of joining" the regional trade deal, and the U.K. now seems on track to become the first country to do so. Could the U.S. follow suit under a Joe Biden administration or a second Donald Trump term?

If the U.S. were to seek to rejoin the trade deal, it would admittedly be a stunning reversal. After all, in 2016 both presidential candidates criticized the Trans-Pacific Partnership, the deal's predecessor. President Trump went further as soon as he took office by withdrawing the U.S. from the TPP, contending that bilateral trade deals were the way to go. Yet, the case for the U.S. participation is more compelling than ever.

Joining the CPTPP would be a sure way to deepen strategic and economic ties to Asia, a region that has become the engine for global growth, and that is projected to account for 50% of the global economy by 2040. The COVID-19 pandemic has only accelerated that trend as East Asia is already bouncing back from the resulting economic slump faster than the rest of the world.

The COVID-19 crisis has also highlighted vulnerabilities in supply chain networks for critical and strategic sectors from medical supplies to semiconductors. Given that reshoring all production in those sectors is not feasible, establishing supply chains with trusted partners is an important alternative to enhance resiliency in these networks. The CPTPP, which lays out common rules and standards to facilitate the movement of goods and services between members, can serve as the basis for trusted supply chains in the region.

Finally, participation in the CPTPP would provide an important boost to U.S. strategy on China. The Trump administration's go it alone approach, including unilateral tariff hikes and bilateral negotiations, has had limited success in reining in China's unfair trade practices. Joining the CPTPP would give Washington an opportunity to work with like-minded countries to promote an alternative economic model to Beijing's state-led capitalism.