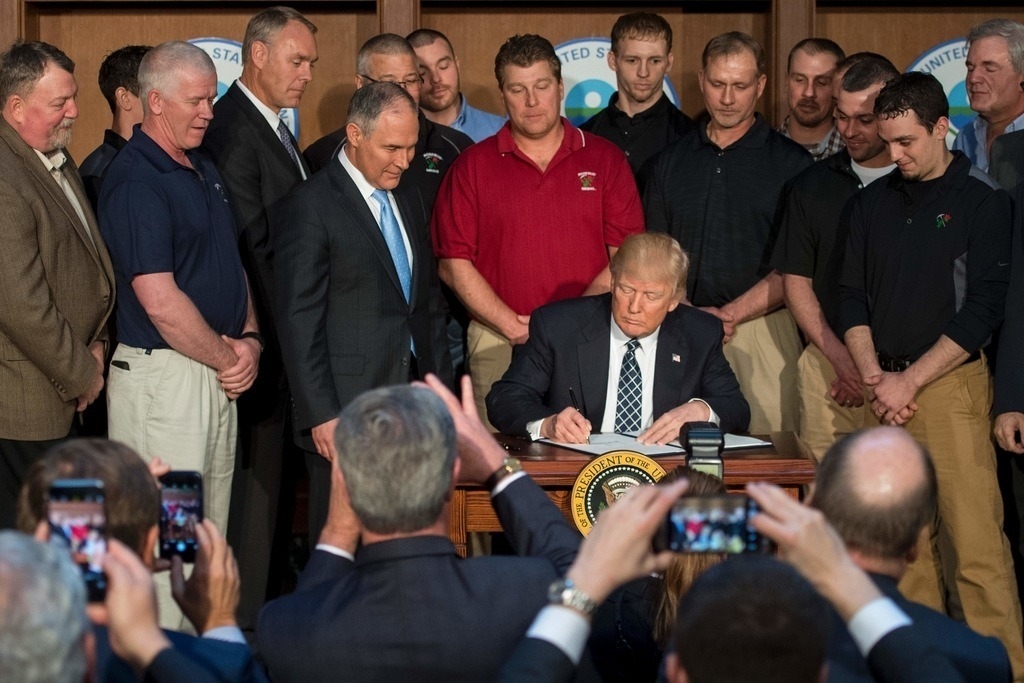 Jackson Ewing is the Director of Asian Sustainability at the Asia Society Policy Institute (ASPI) in New York. This is an exerpt from a piece that was originally published in RealClearWorld as part of a series on the U.S.-China geopolitical relationship.

The days of cooperative climate change action in Washington and Beijing were short-lived.

After decades of friction in the climate arena, the United States and China spent the last three years of former U.S. President Barack Obama’s second term in office building a partnership that caught even close observers by surprise. In a March 2016 joint presidential statement, Obama and Chinese President Xi Jinping declared climate change a “pillar of the U.S.-China bilateral relationship” and committed to ratifying the lauded Paris Agreement. The countries were by then drawing on more than two years of bilateral agreements on clean energy and emissions reduction targets, along with subnational agreements between cities, states, and provinces to bolster technical cooperation in areas ranging from carbon pricing to clean energy to sustainable urban infrastructure.

This cooperation reversed a history of recriminations and posturing that long defined the Sino-American climate change relationship. China would often emphasize its continuing poverty challenges, development needs, and relative lack of historical culpability for the climate problem, while the United States trotted out the common refrain that holding negotiations is well and good, but ultimately pointless if China fails to reduce emissions in internationally verifiable ways. For years, this divide between Beijing and Washington stubbornly persisted.

The Obama-Xi rapprochement was significant because it moved past these arguments and looked for opportunities in a nascent global climate regime based on voluntary commitments by all countries regardless of development levels. This played to the preferences of both China and the United States to chart their own paths without feeling overly constrained by international accords. It also dovetailed with China’s growing determination to solve its domestic pollution crisis, and with a realization in both capitals that clean energy was an economic growth sector.

The Trump presidency has ended this relatively brief period of national climate cooperation between the world’s two largest emitters. U.S. President Donald Trump has removed any mention of climate change from the executive branch agenda and has moved to dismantle the U.S. Clean Power Plan (CPP), open up federal lands to fossil fuel exploration, reduce vehicle emissions standards, and broadly defund and de-emphasize environmental regulation and enforcement. Whether or not he attempts to withdraw from the Paris Agreement, which is not a straightforward process, Trump is already disregarding the American commitments detailed in the pact.

Rather than sending the United States and China back to their adversarial positions of the past, Trump’s moves have taken climate change off the bilateral agenda completely. This eliminates a valuable mutual confidence-building measure and sets back global climate change efforts significantly.

In this context, climate change hopefuls can take solace in three countervailing trends.