Two Months In: Assessing Implementation of the U.S.-China Phase One Trade Deal

By Wendy Cutler and James Green 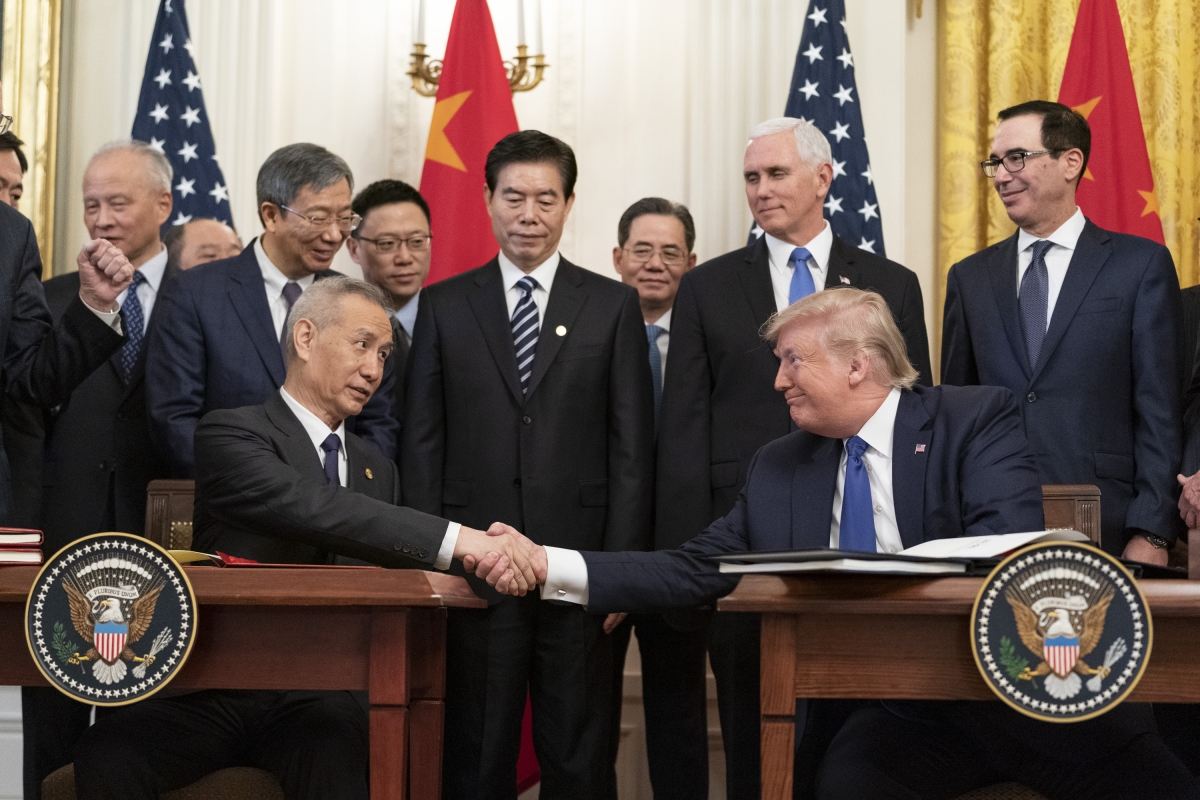 April 14 marked the two-month anniversary of the entry into force of one of the most high-profile trade agreements ever negotiated, the U.S.-China Phase One trade deal. The world has changed dramatically over the past 60 days, with the outbreak of the COVID-19 pandemic, and overall U.S.-China relations continue to deteriorate. Nevertheless, Washington and Beijing have maintained their efforts to implement the detailed provisions of the trade accord.

It's premature to judge whether the agreement has succeeded in achieving its objectives of further opening and promoting structural reforms in China's economy while rebalancing bilateral trade flows. However, it's not too soon to offer perspectives on implementation thus far. It's a mixed picture, with some encouraging progress but also some missed deadlines and serious doubts on whether the purchasing commitments can be met. The fallout from the coronavirus outbreak obviously plays a role here, but the uneven record also reflects the long-standing challenges of implementing any complex trade agreement.

After a year and half of tariff hikes and tense negotiations, the United States and China reached a trade deal last December, which, in the words of the Office of the United States Trade Representative (USTR), "Requires structural reforms and other changes to China's economic and trade regime in the areas of intellectual property, technology transfer, agriculture, financial services, and currency and foreign exchange." It also featured Chinese commitments to purchase substantially more U.S. goods and services during 2020 and 2021, with specific values assigned to categories of products. USTR emphasized that it was an "historic and enforceable" deal, with an unprecedented dispute resolution system providing the possibility for reimposition of tariffs, should other solutions not be found.

Even in the face of the coronavirus outbreak and the resulting economic downturn, Chinese officials have followed through on many commitments. Most notably, Beijing has checked the box when it comes to easing agricultural restrictions on U.S. exports of poultry, beef, pet food, and potatoes, among other products. There is also good news on the financial services front. China's Securities Regulatory Commission announced it was scrapping limits on foreign ownership and granted approvals to Goldman Sachs and Morgan Stanley in late March to increase their stakes in securities joint ventures to 51 percent — putting both on the road to wholly foreign-owned companies. This follows the granting of a license to JPMorganChase in December 2019 for its wholly owned securities business in China. On intellectual property rights protection (IPR), there has also been some progress. In March, the Supreme People's Court issued a draft IPR enforcement plan and proposed a handful of judicial interpretations addressing IP protections and procedures. Lastly, Chinese authorities reportedly have been granting regular tariff exclusions to imports of U.S agriculture and manufactured goods.

Despite these encouraging signs, the implementation record is not as clear nor necessarily as positive in other areas. Recognizing that we may not have a full picture, there has been a lack of visible progress in a number of areas, including: streamlining agriculture biotechnology approvals for bio-engineered seeds/crops; the issuance of a detailed IPR action plan; and lifting ownership and scope-of-business restrictions for U.S. insurance firms by April 1. Some of these adjustments require legislative or regulatory changes at a time when Chinese lawmakers and economic authorities, understandably, have had a severely circumscribed ability to meet. The National People's Congress has been pushed back for several months from its usual March timeframe, for instance. But it's important to keep in mind that the legislature's standing committee meets every other month and has the authority to issue laws on behalf of the full body.

Despite some high-profile purchases of soybeans, pork, and wheat this year, it is unclear where China stands on meeting its commitments to purchase an additional $200 billion of U.S. goods and services beyond 2017 levels over the next two years. This target — a unique feature of the trade agreement — was already a stretch under the best of circumstances, but the coronavirus outbreak pushed this obligation to the cusp of the impossible. According to just-published Chinese trade data, Chinese imports for the first quarter of this year fell by 2.9 percent over 2019. And even once Chinese demand picks up, U.S. exporters will face challenges shipping the amount of goods specified in the agreement as the pandemic continues to spread across the United States.

In light of certain shortcomings in implementation, why hasn't the Trump Administration invoked the dispute resolution procedures against China that were so highly touted at the deal's conclusion? There seem to be three reasons. First, both governments are rightfully consumed with addressing the public health emergencies and economic fallout from the coronavirus outbreak. Second, politics plays a role, with both Presidents Trump and Xi sharing an interest in showing that the agreement is working and preferring, for the moment at least, not to provoke each other on this aspect of the bilateral relationship.

Finally, it's becoming apparent that assessing compliance is often not a black or white issue. There are typically shades of grey in implementation of trade agreements, particularly in light of ambiguities in the legal texts. In many cases, calls need to be made on whether things are moving in the right direction and thus quiet conversations would be the most useful in keeping things on track versus going down the dispute settlement route. One additional consideration here: to pursue dispute resolution cases, on-the-ground information from U.S. companies is critical. Yet, U.S. companies have historically been reluctant to report unfair treatment in China to the U.S. Government for fear of retribution. Given the publicity around trade with China, we suspect firms will be extra cautious in bringing forward such complaints, coupled with a fear that the Administration may impose more tariffs.

As we enter into the third month of the U.S.-China trade agreement, we can expect continuing ups and downs in implementation. That's only natural for an agreement with seven chapters of detailed commitments. At the end of the day, however, the agreement won't be judged solely by technical compliance with specific provisions. Rather, the fundamental question will be whether the agreement achieved its objectives of opening and reforming the Chinese economy while rebalancing the bilateral trade relationship. The jury is still out.