In Texas, Trump Hitches His Wagon to Modi's Star 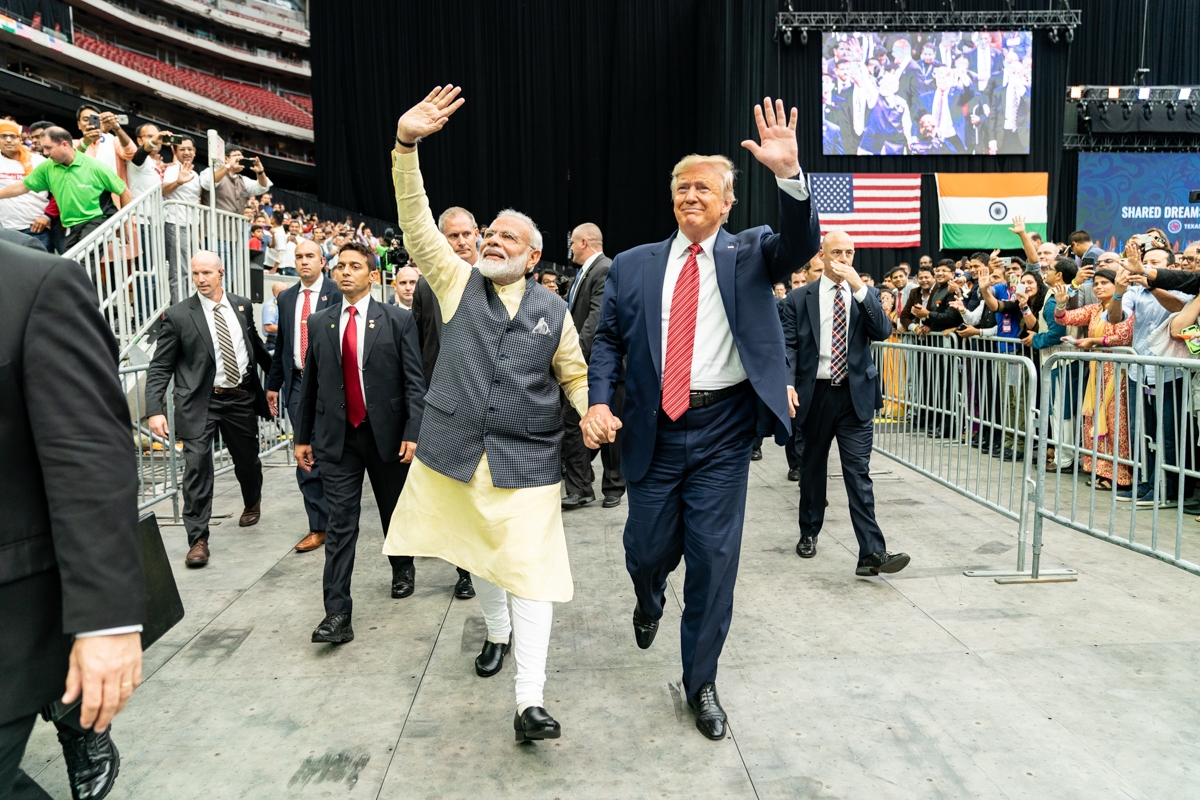 The following is an excerpt of an article by ASPI associate director Anubhav Gupta, which was originally published in Foreign Policy.

On Sunday, U.S. President Donald Trump will take part in one of the largest rallies he’s been part of since becoming president. But he won’t be the main event. That would be Indian Prime Minister Narendra Modi, who is scheduled to speak in front of nearly 50,000 adoring Indian Americans and nonresident Indians in Houston as part of a massive rally and cultural celebration entitled “Howdy Modi.”

The U.S. president’s cameo as sidekick to a foreign leader is telling for two reasons. It speaks to the leaps and bounds that the United States and India have made in their bilateral relationship over the past two decades. And it is also a reflection of today’s chaotic geopolitical moment: Trump is embracing Modi at a time when the Indian leader is facing widespread international criticism for his Kashmir policy.

On Aug. 5, India announced that it was terminating the special autonomy of the Indian state of Jammu and Kashmir, which is part of the larger Kashmir region that China, India, and Pakistan each have some claims over. India’s decision shocked the world, but the manner in which it was carried out proved doubly problematic. New Delhi instituted a total lockdown in Kashmir, pouring in thousands more troops, shutting down telecommunications and Internet access, and putting politicians under house arrest. In the weeks since, India has detained a few thousand civilians, and, this Monday, it even arrested an 81-year-old sitting member of Parliament and former chief minister of the state.

The reaction from the international press and human-rights community has been scathing. The diplomatic response has been less so, with many countries, including the United States, expressing concern but stopping short of condemnation. In most cases, countries have instead chosen to preach calm and urge both India and Pakistan to resolve the issue peacefully. In August, the United Nations Security Council held a private meeting on the topic (a first in decades), but it failed to issue a consensus statement. Nevertheless, this is the first time, perhaps since India tested nuclear weapons in the late 1990s, that New Delhi has drawn so much negative international scrutiny.