Quad Leaders Have Put Forward a Plan, Not a Promise | Asia Society Skip to main content

Quad Leaders Have Put Forward a Plan, Not a Promise 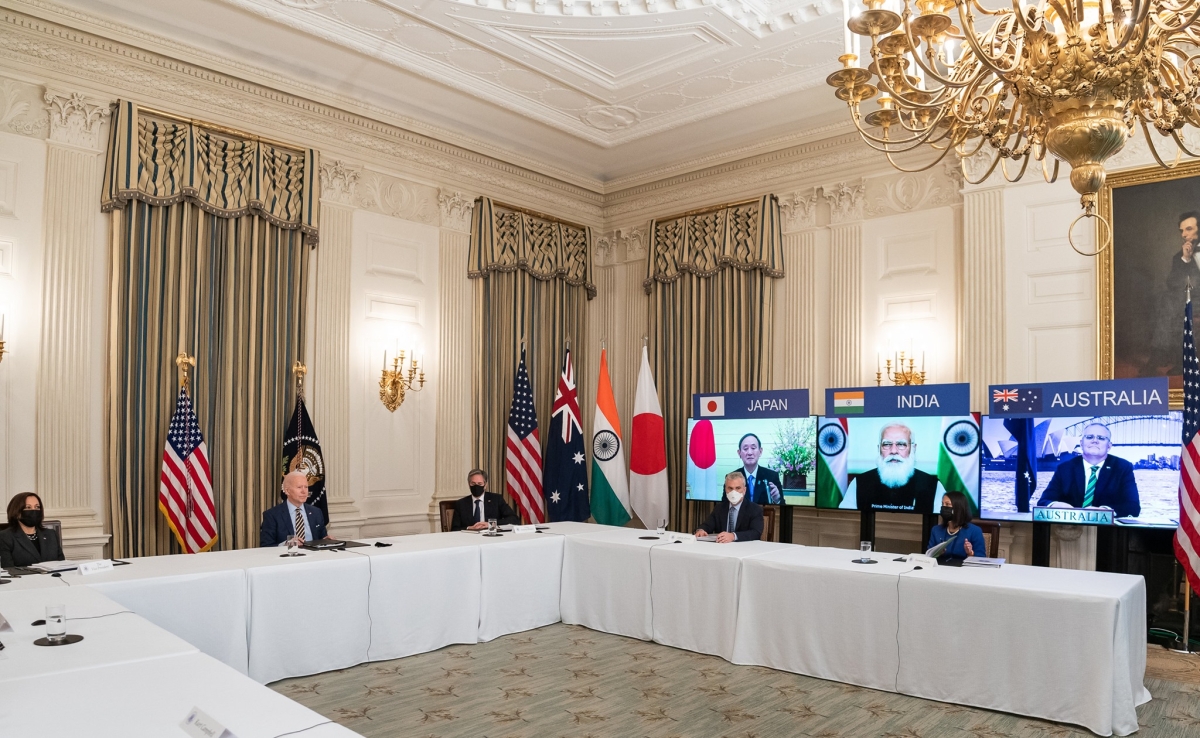 The following is an excerpt of ASPI Vice President of International Security and Diplomacy Daniel Russel's op-ed originally published in The Diplomat.

With the announcement of an ambitious vaccine initiative for Southeast Asia on March 12, the “Quad” has in a sense come full circle. The “Quadrilateral Security Dialogue” among four major democratic nations in the Indo-Pacific – Australia, India, Japan, and the United States – had its inception in tragedy as a “core group” coordinating relief efforts in response to the 2004 Indian Ocean Tsunami that killed nearly a quarter million people. So the combined effort by the four countries to again assist the region in the face of another devastating natural disaster – this time, COVID-19 – is something of a return to the Quad’s roots.

In the intervening years, the Quad has toggled between active and dormant periods, partly in response to changes in leadership and strategy among the four member countries. The Quad was largely inactive in the decade following the 2007 resignation of Japanese Prime Minister Abe, who had championed the idea of transforming the grouping into a coalition of four major democracies.

The quest for better relations with China has at times made both Australia and India leery of participation. Quad activities have been sporadic, with occasional discussions between mid-level diplomats, a handful of meetings by military commanders, a joint naval drill when Japan and Australia joined the U.S.-India Malabar Exercise, and a grand total of three foreign ministers’ meetings since 2007 – including the session convened by Secretary Blinken in February.

Shifting regional dynamics, however, have given the Quad concept new energy. Despite Donald Trump’s disdain for “freeloading” allies, his administration pushed for a revived Quad as a hedge against China. In the aftermath of aggressive Chinese tactics on its disputed border with India and in the midst of a heavy-handed punitive economic embargo against Australia, New Delhi and Canberra’s reservations about the Quad have clearly faded, but not disappeared.

Enter Joe Biden. The virtual summit he hosted with the three other leaders on March 12 is a significant statement of the administration’s intent to construct a framework for securing a rules-based order in the region and at the same time, to do more to meet the region’s needs. And since Biden and team have been banging the drum about working with allies and partners, it’s no surprise that he is looking to “build the Quad back better.”

Beijing’s complaint that the Quad is an anti-China bloc aimed at containment is a self-serving argument that casts China as the victim. True, the bombastic rhetoric of some former U.S. officials seemed to lend credence to Beijing’s claim that the United States and its allies were ganging up against China. But the Biden approach to China and to the Quad is quite different than that of his predecessor. Although he bluntly calls out Chinese misconduct, Biden does not frame China as an “evil empire” to be contained. Instead, he is signaling the need to outcompete China – by presenting appealing alternatives and offering practical help to the region.

The Quad that the U.S. is now cultivating is organized around what the four democracies believe is needed to sustain and nurture a secure and prosperous region. They are focused on what they seek to achieve, not merely what they want to counter. After all, the Quad initiative isn’t seeking to block distribution of China’s Sinovax vaccine to other countries. It aims instead to make available as many as a billion doses of a high-quality, low-cost alternative. It focuses on the crucial “last-mile” delivery of vaccines to hard-to-reach communities. The point isn’t to force countries to choose between China and the United States – it’s to ensure that countries have viable choices and the ability to decide for themselves.

Read the full op-ed in The Diplomat.