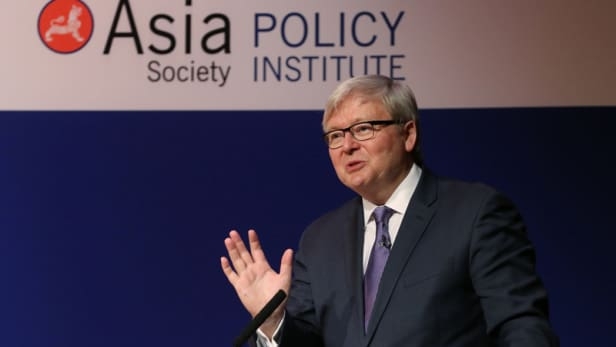 Asia Society Policy Institute President Kevin Rudd spoke with DevEx about unlocking private funds for climate finance. He also discussed how private companies and the global development community can contribute to the fight against climate change. This is an excerpt from the interview, which was originally published by DevEx on November 2, 2016.

Q. You mentioned climate seems to be the one thing China and U.S. agree on. How can the dialogue be improved for global development? There are obviously ongoing tensions, but is there room for collaboration?

A: Of course there is. What I find interesting is that both countries have discovered that global collaboration on climate change is not going to do them any harm — it, in substance, can do both countries good. And reputationally, it will improve the functionality of the multilateral system as well in these areas.

Let’s go to sustainable development more broadly. What’s encouraging is the Chinese are now beginning to commit funds to the multilateral aid agencies. That has not been the case historically, and Xi Jinping is talking about a new Chinese multilateralism not simply by replicating AIIBs around the world but through the existing U.N. institutions.