The Importance of Multilateral and International Cooperation 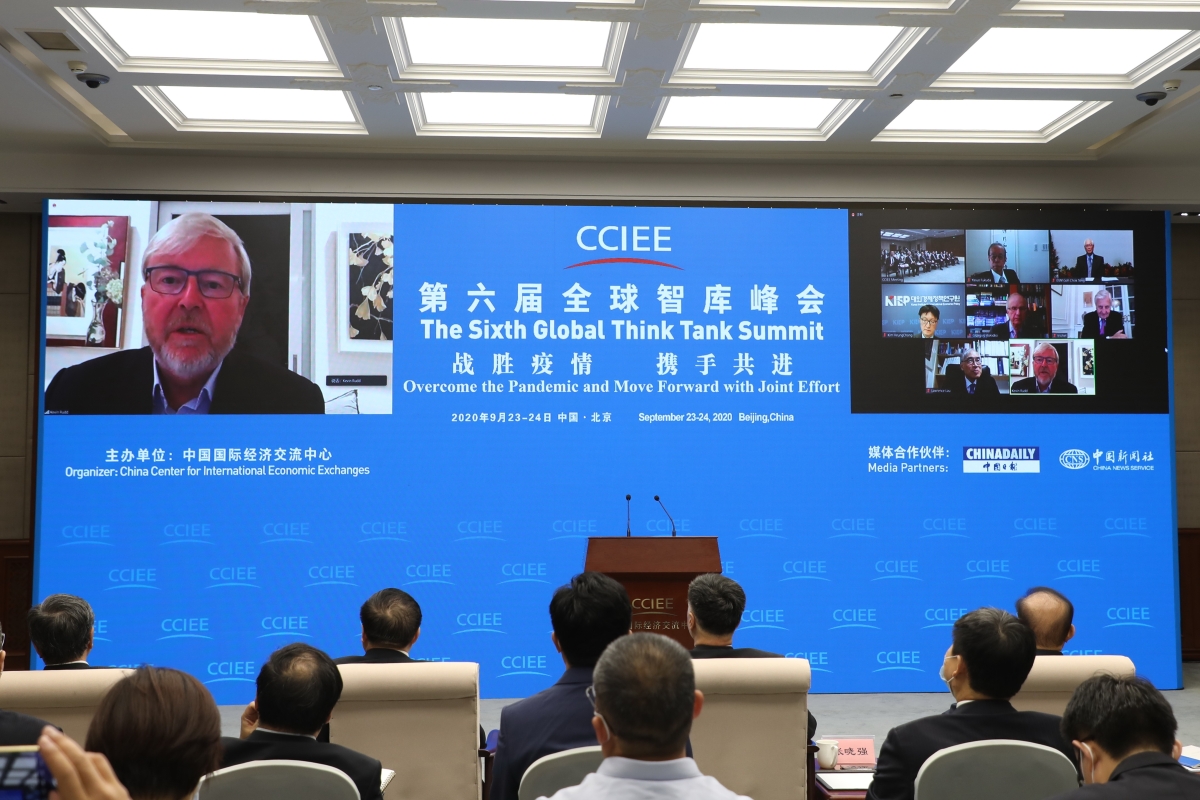 Delivering a speech in Mandarin, Rudd stressed the critical importance of multilateral and international cooperation in combatting the transnational challenge of the pandemic. Noting that both the United States and China have unfortunately declined to join the WHO’s COVID-19 Global Access (COVAX) initiative to equitably distribute vaccines to the developing world, he called on the international community to come together in its response to the pandemic’s global economic impact. Drawing on lessons learned from his experience leading Australia through the 2008 global financial crisis, Rudd noted the key role played by the G20 in advancing coordinated action to overcome that crisis and called on the global body to again shoulder a leading role in tackling today’s challenges.