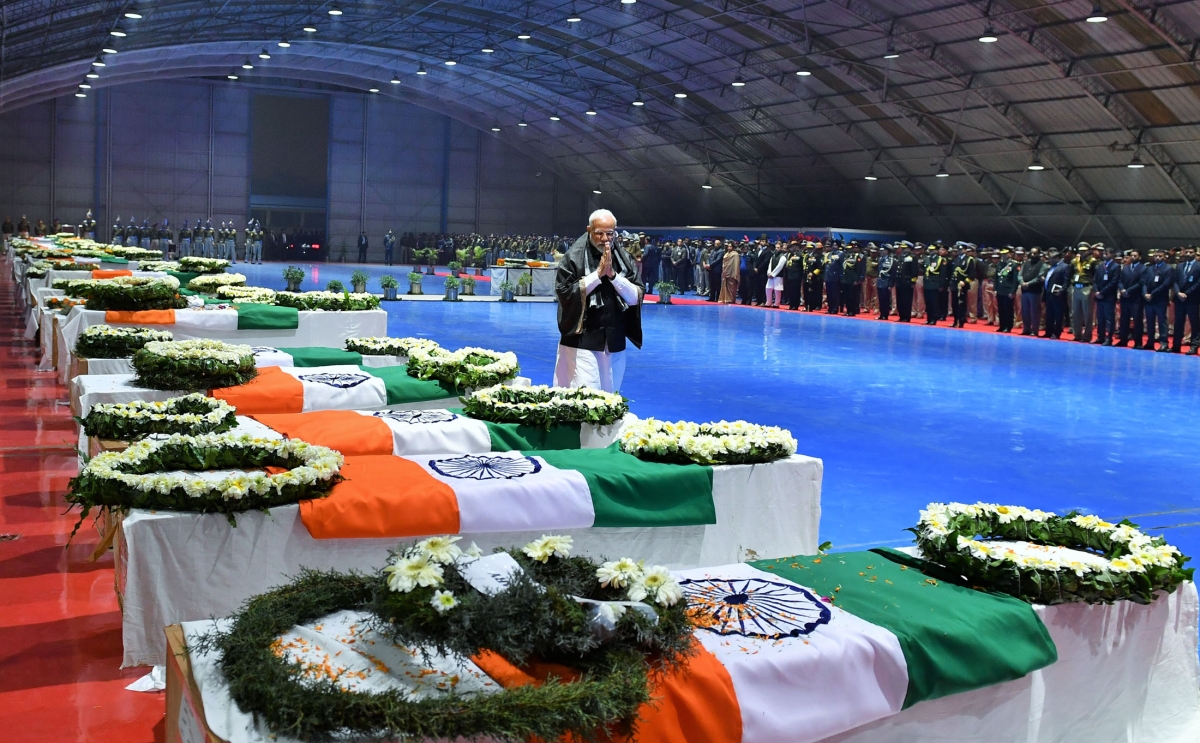 Indian Prime Minister Narendra Modi paying homage to the security forces that were killed in the Pulwama attack, at Palam airport, in New Delhi on February 15, 2019. (Prime Minister's Office, Government of India)

The following is an excerpt from an article by ASPI's Anubhav Gupta that was originally published by World Politics Review.

For all the fears it raised about a direct confrontation between South Asia’s nuclear-armed neighbors, the tit-for-tat that erupted between India and Pakistan in mid-February was relatively restrained compared to the political battle that unfolded around it in New Delhi. While the details about India’s “pre-emptive” military operation against Pakistan, in retaliation for a suicide bombing of a convoy of troops in Indian-controlled Kashmir, still remain hazy, it’s clear that Indian Prime Minister Narendra Modi trounced his domestic political opponents in the war of narratives during and after the crisis. In doing so, Modi stabilized his government and his own electoral ship at a critical time, with multistage general elections set to begin on April 11.

In early February, Modi’s electoral prospects had unexpectedly taken a hit. Although Modi was still personally popular, the likelihood of his government securing a parliamentary majority on its own was looking increasingly slim. The long-feckless opposition, led by the Indian National Congress party, also appeared to be getting its act together, having won important state-level contests in Chhattisgarh, Madhya Pradesh and Rajasthan last November.

The Congress party was starting to hammer away at the government’s economic performance with a discipline and savvy it had not shown in years. It was attacking Modi’s record on the promises that won him and his right-wing Bharatiya Janata Party a landslide in 2014. When the government’s labor force survey was leaked in January, the elections suddenly broke open. The report completed by the National Sample Survey Office showed India’s unemployment rate at a 45-year-high of 6.1 percent. This was a damning figure, one easy to package into attacks against an incumbent government claiming to be an effective economic steward.