'America Is Back': Views From Southeast Asia | Asia Society Skip to main content

'America Is Back': Views From Southeast Asia 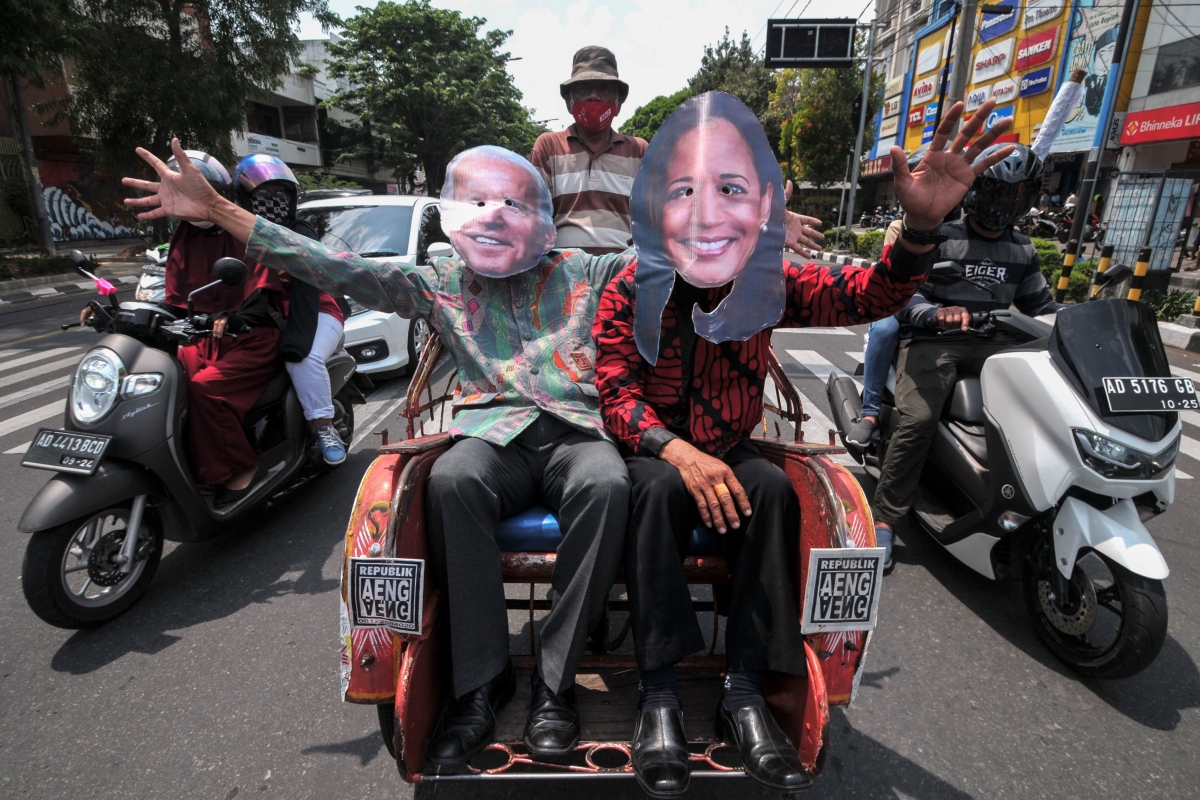 Local residents wearing masks of Joe Biden and Kamala Harris wave as they ride on a trishaw along a street in Solo, central Java on November 8, 2020 to celebrate their victory in the 2020 US presidential election. ( Anwar Mustafa/AFP/Getty Images)

The election of the Biden administration presents an opportunity for both the United States and Asia to reinvigorate relations. How Southeast Asia figures into that equation, and how it sees cooperation with the United States and other regional partners, unfolding over the next four years can reinforce an open, transparent, inclusive, and rules-based regional architecture.

This 90-minute webinar will identify particular areas of policy convergence and practical cooperation on political, security, and defense issues between the United States and Southeast Asia.  The event, featuring five established and next-generation speakers from Japan and Southeast Asia, will explore the following questions:

Elina Noor (Moderator) is Director, Political-Security Affairs and Deputy Director, Washington, D.C. Office at the Asia Society Policy Institute. A native of Malaysia, Elina’s work focuses on security developments in Southeast Asia as well as global governance and technology. Previously, Elina was Associate Professor at the Daniel K. Inouye Asia-Pacific Center for Security Studies. Prior to that, she was Director, Foreign Policy and Security Studies at the Institute of Strategic and International Studies Malaysia. Elina served on the Global Commission on the Stability of Cyberspace. She is a member of the Christchurch Call Advisory Network. Elina was educated at Oxford University, The London School of Economics and Political Science, and Georgetown University.

Shafiah Muhibat is a Senior Researcher and the Head of Department of International Relations, Centre for Strategic and International Studies (CSIS) Indonesia. She joined CSIS in December 2000, and since then has taken part in extensive research projects on politics and regional security in the Asia Pacific. In 2017, she joined the S. Rajaratnam School of International Studies (RSIS) Singapore as a Senior Fellow at the Maritime Security Programme for one year. She has a special interest in issues of regional security in East Asia, ASEAN, maritime security, Indonesia’s foreign policy, and development cooperation. Previously, she was the Chief Editor of The Indonesian Quarterly, a quarterly academic journal published by CSIS, from 2013 to 2016. She was also a lecturer at two private universities in Jakarta from 2005 to 2009. She obtained a master’s degree from the London School of Economics and Political Science (LSE) in 2003 and a doctoral degree from the University of Hamburg in 2013.

Pich Charadine is the Deputy Executive Director the Cambodian Institute for Cooperation and Peace in charge of Research, Training and Publication. She concurrently serves as the Coordinator of the Global Center for Mekong Studies. Ms. Pich’s focus is on Cambodia’s politics and foreign relations, Sino-Cambodia relations, ASEAN regional framework and ASEAN-China partnership, and Mekong sub-regional cooperation. She was nominated to the 2019 US Department of State International Visitor Leadership Program on ASEAN-Nations of the South China Sea – Sovereignty and Rules-based Order. She was also the Visiting Fellow at the China Institute for International Studies in 2018 and Visiting Scholar at China Foreign Affairs University in 2019. Ms. Pich obtained her BA in Political Science and International Relations with High Honors from Zaman University, Cambodia and an MA in Dialogue Studies with Merit from Keele University, United Kingdom.