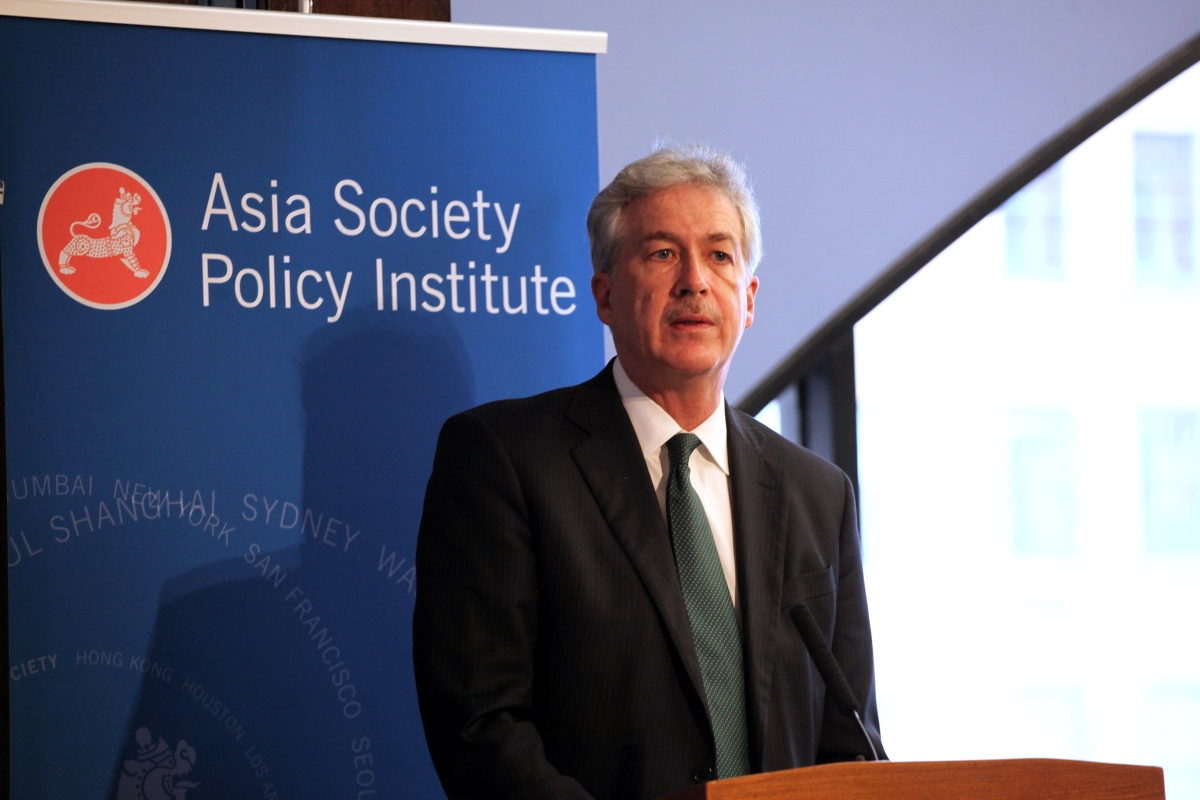 The following is a transcript of the remarks delivered by Deputy Secretary of State William J. Burns in his appearance at the Asia Society's New York Center on September 23, 2014.

Good morning. It's an honor to be back at the Asia Society and to welcome you to today's event.

For nearly six decades, the Asia Society has challenged our conception of the region's geography. It has encouraged us to transcend the physical and political borders that divide us. And it has pushed the boundaries of our imagination about what's possible for this vast continent and its extraordinary people.

There has never been a more important time to channel that spirit. Whether you call it the New Silk Road or the Silk Road Economic Belt, now is the moment to work together to restore this region to its historic role as a vital hub of global commerce, ideas, and culture.

This is precisely why our commitment to the region's stability and security will extend well beyond the transition in Afghanistan. This region is critical to global security. It is a region full of economic opportunity and human potential. Our shared objective is not to supplant the region's vibrant East-West connections, but to supplement and complement them with equally vibrant North-South connections. We believe that a more interconnected region can serve as a driver of economic development and as an anchor of peace and security. That is the vision behind the New Silk Road. And that is what brings us together today.

To realize that vision, we will continue to support your efforts on four specific tasks — building a regional energy market, facilitating trade and transport, easing customs and border procedures, and promoting people-to-people ties. Together, we have already begun to make progress on each, but we can do much more.

The most important — and perhaps most transformational — step we can take is to build a regional energy market. In practical terms, this means linking existing transmission lines and large supplies of hydropower and natural gas in Central Asia with 1.6 billion energy-hungry consumers in South Asia. Building an energy-connected region is a generational effort but there are important steps we can take now – from signing electricity purchase price and transit fee agreements for the CASA-1000 electricity line, to bringing on board experienced international oil companies for the TAPI natural gas pipeline, to upgrading and extending existing transmission lines for the TUTAP electricity grid.

Unlocking intra-regional trade and commerce is also going to take time and effort, but the region will not realize its full potential without it. South and Central Asia are the least economically integrated regions of the world, with inter-regional trade accounting for only 6% of the total trade of the five Central Asian republics and Afghanistan. Investment in physical infrastructure will help, but only if it is accompanied by an equally robust investment in the legal and regulatory frameworks that reduces barriers to trade and gives confidence to businesses and investors. That is why we've encouraged the expansion and full implementation of the transport provisions of the Afghanistan-Pakistan Transit-Trade Agreement.

It's why we've pushed for the ratification of the Cross-Border Transport Agreement between Kyrgyzstan, Tajikistan, and Afghanistan. And it’s why we continue to call on regional aspirants to take the steps necessary to conclude their accession to the World Trade Organization.

A stronger legal and physical infrastructure will facilitate more effective and efficient transit-trade corridors. Ultimately, the cost and time of doing business at the borders determines when and how companies trade. By streamlining customs procedures, tackling corruption, and working towards a goal of open, but secure borders, the region can demonstrate it is truly open for business.

Finally, roads and power lines alone will not knit this region together. The strongest and most sustainable connections are the ties that bind its people. In trade shows we've organized from Tashkent to Termez, and Almaty to Islamabad, we've seen how innovation and creativity cut across borders and nationalities. In the past year alone, those shows resulted in more than $15 million of trade deals between businesses that had never traded together before. We are not even close to realizing the full promise of these connections. There is nothing in the ground that holds as much promise for the region’s future than what is in the minds of its people.

That is, ultimately, why I remain optimistic about this region and about its future. It's true that breaking down boundaries is hard work. But it's also true that this region has broken them down before. And it can break them down again. Working together with the Asian Development Bank, the World Bank, the Islamic Development Bank, and our partners in the Istanbul Process, we will do our part to help all of you usher in a new era of peace and prosperity for this region and its people.

I want to thank you all again for coming together today and for your continued commitment to the New Silk Road.

Thank you very much.